We think that there is a playlist for almost every occasion and we're on a mission to unite and amuse the world via music. We all suffer, whether it's physical pain or the mental misery of sorrow or grief. Recognize that you are not alone. Make a playlist of songs about agony, suffering and aches from pop, rock, and country. Let's do it! 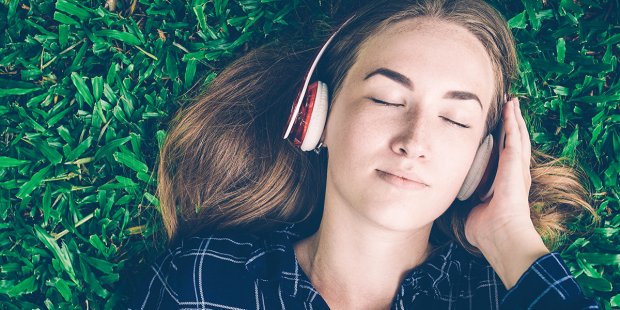 A common denominator is a pain. Everyone’s threshold of pain is different, but we all share the experience of human suffering. Recent advancements in neurobiology have shown that rejection causes people to feel social and emotional pain in the same way that physical pain does.

Anyone who has experienced heartbreak, bullying, or the loss of a loved one knows what I’m talking about. Recognize that you are not alone in your sorrow, whether it is the result of heartbreak, a chronic illness, or something else. Make a playlist of songs about agony, suffering, and aches from pop, rock, and country. Soon you’ll be feeling better!

This song was written about self-harm and addiction – a Nine Inch Nails in 1995, but when Johnny Cash recorded it in 2002, just months before his death, he not only made it his own, but he also gave it additional depth and meaning. I get chills just watching the video.

The House of Cash, the famed Man in Black’s once-thriving mansion and museum, was the setting for his final smash. The museum was dedicated to Cash’s life and work, which had fallen into decay and neglect during his final years.

Cash, surrounded by bittersweet memories, exudes grief, remorse, and contemplation on a life well spent in the way that only an ailing man nearing the end of his journey can. He remembers where he’s been and realizes he can’t go back. June Carter Cash, Cash’s adored wife of 35 years, died only three months later. The iconic singer accompanied her to the other side four months after her death.

This level of guilt should be felt by everyone who lies. The narrator of this 2003 pop song has lied to a friend and is so upset about it that she breaks down in tears. Their friendship is now in shambles, and she is lost, alone, and in physical pain as a result of their split.

3. ‘Give Me Novacaine’ by Green Day

Do you suffer from migraines? They’ve been bothering me for years, and they’ve occasionally been so severe and persistent that they’ve needed temporal nerve blocks injections in the back of my skull.

The man in this scene from 2004 has a pounding pressure within his skull, and he’ll go to any length to get rid of it. It’s about to consume him, and he has to numb himself so he can get back to normal—if that’s even possible.

This man is the type of caring lover that everyone should have. When his girlfriend is suffering, a sympathetic boyfriend offers to be emotional bedrock in this 2007 country song.

When she’s having a rough day and feels like she’s going to lose it, he promises her that he’ll be the steady force in her life who will take away all the negativity.

In this 2016 pop song, the narrator encounters an old girlfriend who meant a lot more to him than he does to her, which is terrible. While he recalls them making out as young lovers, she looks at him with a puzzled expression, unable to recall who he is. Ouch.

Have you ever had a heartache so severe that the only time you get relief from it is when you sleep? If that’s the case, you’ll enjoy this country tune from 2012. The narrator wakes up and recalls the pain within seconds.

He tries to fake a smile as he goes about his day, but it doesn’t seem to work. He recommends allowing yourself to feel the pain and processing it so that you can finally emerge stronger.

7. ‘Her Diamonds’ by Rob Thomas

Rob Thomas of Matchbox Twenty understands what it’s like to have a horrible, chronic health condition or to love someone who does. He penned this heartfelt pop song for his wife, Marisol, who suffers from an autoimmune condition in 2009.

While he watches, unsure of how to aid her, the narrator recalls his partner’s excruciating anguish and her attempts to overcome it.

8. ‘Do You Really Want to Hurt Me’ by Culture Club

This reggae-influenced song was a worldwide smash in 1982. It turned into Boy George, a man who dressed as a girl at a time when that was unusual.

The narrator of the song asks his partner if they aim to bring so much emotional sorrow and heartache. There are toxic lovers indeed out there!

Suffering is universal; the only thing that differs is the content. This moving rock song from 1993 underlines how we all suffer disappointment, great irritation, and deep hurt, and how it can be tempting to give up in defeat. The narrator encourages the listener to seek support from others:

When your day is night alone, hold on
Hold on if you feel like letting go, hold on
If you think you’ve had too much
Of this life, well, hang on.

Have you ever felt such a deep sense of regret that you wished you could go back in time? The narrator of this 2006 pop song recalls going away from her father after he expressed his pride in her.

Her father is no longer alive, and all she can do now is embrace him and reconcile with him. She didn’t realize until it was too late that blaming him was just harming herself. Are you harboring a resentment that you will come to regret?

8 Years Of Madras Cafe– Some Unknown Facts About The Movie!

8 Years Of Madras Cafe– Some Unknown Facts About The Movie!