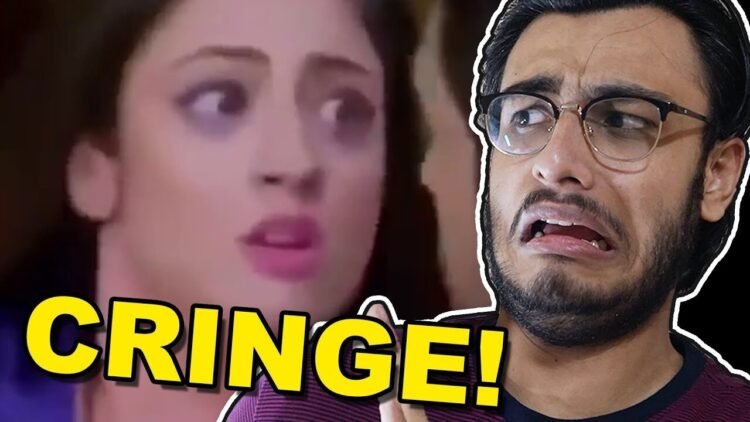 Indian Television has cringed people for decades by providing drama, suspense, thriller, and everything except logic. If you are interested in watching these daily soaps, then forget something like scientific knowledge exists. As they run after TRP ratings, they do every possible odds and strange things to be ahead in the rat race. Surprisingly, they do get good responses for all the crap they do and for this, we thank our “Logical Audience”. Ughhhhh, Let’s Begin.

So, here we bring you some extraordinary stupid things that you can find only in Indian Television Daily Soaps.

1- THE CONCEPT OF IMMORTAL, SPIRITS, AND REBIRTH:

If you love one of the lead characters and he died in the show, then don’t be sad because he will be back from ashes on high demand. Yes, this really happens in these shows. As soon as the TRP rates down with bare minimum experiment of the death, the writers and the directors will anyway find a reasonable logic to bring him/her back in the show. 😀

If you are busy and don’t get the time to watch the show for about a month, then don’t worry you are not missing out anything. You can literally watch the show after months and catch up on the story easily because nothing really changes but yes possibilities are that the show might take a decade leap but relax nobody’s ageing. You know right, logic. 😛

Who in the world goes to bed by being dressed in a heavy saree, with full makeup and perfect hairstyle? Our one and only television actresses who are equally known for waking up in the same look as well. These shows need to be a bit more realistic and the writers and directors are begged to please use some common sense. :/

4. THE LONGEST THE BINDI OF THE ACTRESS, THE EVILEST SHE IS:

All of us remember Komolika and somewhere cringed her Bindi. Indian television soaps master in making a woman evil by just increasing the length of the bindi. If that doesn’t work, you can always experiment with a tattoo on her neck (because that just goes to being non-sanskari), right? And non-sanskari-Adarsh means EVIL. 😛

5. GENERATIONS OF LEAP YET NOTHING AGES, NOT EVEN THE POOR STORYLINE:

In Indian TV shows, you’ll be shown generations and still, it’ll continue for years after years with the crazy storyline. Where Hollywood TV shows end with approx 20 to 25 episodes maximum, our continues even after 2k episodes. After all, it’s important for the cast to cut 1k episodes cake on SAS BAHU SAZISH 😛

6. EVIL MOTHER IN LAW AND HUSBAND A TYPICAL MUMMA’S BOY:

Having an evil Saas (mother in law) is a must in these daily soaps, who take decisions of everyone’s life in the show. The daughters-in-law are supposed to serve her silently despite her evil plots and conspiracies. The husband of the lead before marriages would be shown promising “Chaand Taare” to their female leads but as soon as they get married, the females are specifically shown (abla naris) and their husband saying “Agar mujhe khush rakhna hai toh meri ma ko khush rakho!”. I mean SERIOUSLY :P?

This part is really serious. For once you can forget your bank’s credentials but you dare not forget to save a dia (burning from some 100 years) in your house, from thunderstorms, winds or even any natural calamity from extinguishing because that one dia can bring bad news to your family. As I say ….. Indian soaps, logic died an “UNNATURAL DEATH” 😛

In Indian Daily Soaps, Directors are a pro at zooming on the facial expressions of all the “Sadasya” of the house and that also on a repeat mode until everyone finally processes the “NEW NEWS” and “REACTS” to it.

9. AT LEAST ONE PLASTIC SURGERY OF THE LEAD OR THE VILLAIN IS IMPORTANT:

At Least one plastic surgery is important in the show either to come out of the accident or to play a lead (because the last lead has been replaced). Have we ever thought that if we hate our present face, we can straight away go to the plastic surgeons and ask them to show good faces and instantly get it replaced and fool others in so many different ways? What a “NONSENSE” concept right? 😀

10. THE FEMALE LEAD ALWAYS HAS TO FALL IN THE ARMS OF HER FUTURE HUSBAND:

This is the fakest and most cringiest thing that we realistic audience might have observed. Even if the guy stays in the USA (until the last episode), we don’t know from where he will land in Punjab to save his lady love from falling by the next episode. And from there we know a new “UNIQUE LOVE STORY HAS BEGUN” 😛

5 Must Watch Pakistani Romantic Shows For You This Quarantine

7 Indian Books That Should Be Made Into Films