There was a time when Martial Arts Films skyrocketed in popularity; here's us remembering some of the greatest of them. 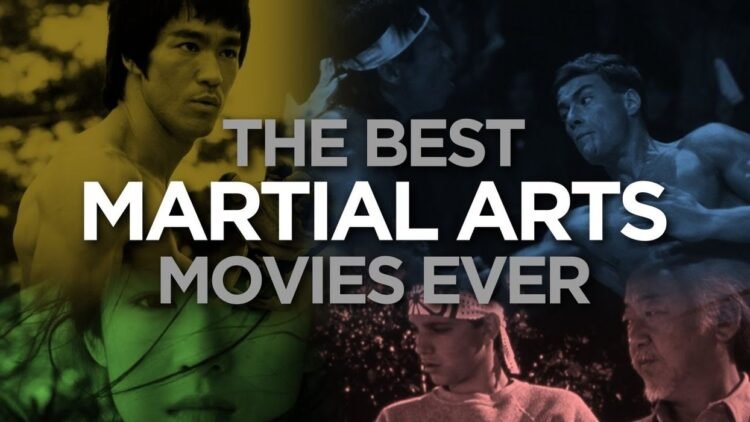 A martial arts film is an action film where martial arts combat plays a vital role in the plot. While on-screen action has been featured in war movies, westerns, and gangster films since the dawn of cinema, the popularity of martial arts films skyrocketed in the late twentieth century.

Martial artists like Bruce Lee and Jackie Chan, as well as directors such as Sammo Hung and Tsui Hark, have influenced critical appreciation of the genre.

Today, we have brought you some of the best martial arts films that you can watch.

Bruce Lee is the man who is credited with starting the martial arts cinema craze.

Enter the Dragon, which was released one month after Lee’s sad death at the age of 32, stars Lee as a master martial artist who is recruited to compete in a crime lord’s tournament to unearth proof of wrongdoing.

In 1985’s Police Story, Chan played a Hong Kong police officer on the hunt for a prominent crime boss, which was one of Chan’s breakthrough performances in the worldwide arena.

Five sequels featuring Chan followed Police Story. Over the next two decades, the actor would become a global superstar, receiving an Honorary Academy Award in 2016.

It was followed by five sequels, three of which included Li.

Iron Monkey, like Once Upon a Time in China, is about real-life martial arts teacher Wong Fei-hung, except this time Donnie Yen plays Wong.

Following its success in Hong Kong, this Robin Hood-inspired tale was re-released in the United States in a re-cut version in 2001 (under the name “Quentin Tarantino Presents”), and it did well at the box office.

With 2005’s Kung Fu Hustle, writer-director-star Stephen Chow crafted one of the most popular martial arts comedies of all time.

The film’s combination of comic action and outstanding choreography helped it become a worldwide success.

Ip Man is one of many films based on the life of Bruce Lee’s real-life martial arts guru, Ip Man. During the Japanese invasion of China in 1937, Ip began training students in this film starring Donnie Yen.

Ip Man was a success and helped Yen become a martial arts star, despite being a heavily dramatized depiction of Ip’s biography. Three sequels to Ip Man have been released.

This samurai martial arts film was directed by Takashi Miike and is a remake of the 1963 film of the same name.

The titular 13 assassins are employed to kill a violent feudal ruler before he gains greater power in the film. The film has received positive reviews for its gripping action.

Also Read: 5 Actors Who Do Their Own Stunts In The Movies

5 Actors Who Do Their Own Stunts In The Movies