Remaking old hits isn't a new concept in Bollywood but there are certain movies for which we pray shouldn't be a target of Remakers and here's our list. 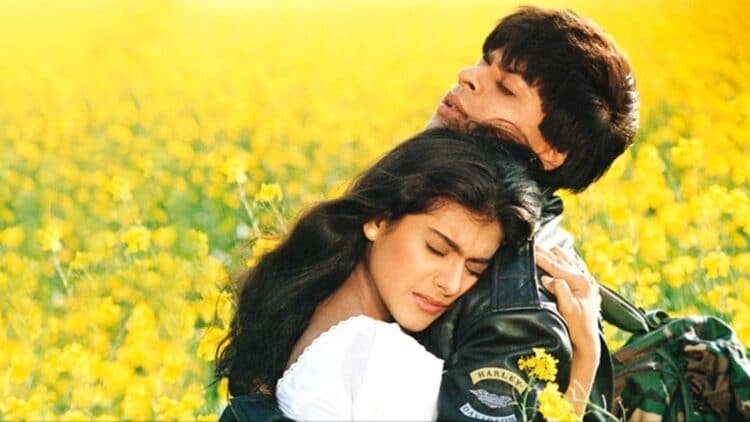 We’ve all had “writer’s block” at some point. It’s safe to say that Bollywood scriptwriters are no exception. Filmmakers occasionally run out of unique ideas and scripts to work on.

So they go for the next best thing to originality: they take an old favorite, give it a new cast, repackage it, and voila! In a nutshell, we’re dealing with a remake.

However, not every director is capable of doing it right.

So, here’s a list of movies that we hope will never be remade in Bollywood. They’re going to be ruined-

We were in splits when we heard of a middle-class man ‘losing the plot’ against a builder. It’s hard to improve on this film because it’s already perfect.

The story of middle-class Kishore Khosla, who loses his land, teaches us that it is OK to take what is legitimately ours through unethical ways. Kher, our next-door neighbor, gives an outstanding performance.

While Bollywood is still grappling with the idea of powerful women in films, Swades nails it on the first try. This film is just too unique to be touched by just anyone.

Swades followed SRK’s transformation from a NASA scientist to a regular villager who decided to stay and aid the less fortunate.

Remember Gayatri Joshi, who played a teacher in the village where Shah Rukh Khan arrives after a long absence?

She was a strong woman with independent ideas who lived in a village she refused to leave even after falling in love with SRK and having the opportunity to migrate to the United States.

Kaun is a classic thriller that revolves around a shocking twist at the finale. Once you realize that, a remake is pointless. Kaun showcased Urmila Matondkar as a versatile actor in Ram Gopal Varma’s superb thriller.

Iqbal manages to evoke the same emotions in you that you felt when you first viewed it. This is a straightforward feel-good film that should be left alone.

There is no greater failure in life than submitting to our own inadequacies, and no greater victory than triumphing over them.

This incredible story of unwavering self-belief and willpower tells us that our true inspiration lies within us and that once we discover it, we should harness it and achieve the inconceivable.

DDLJ is a classic Bollywood take on Raj and Simran’s everlasting love. Is there ever going to be a film that can match the mesmerizing music and acting?

NO! Although Dilwale Dulhania Le Jayenge is a cult favorite, we don’t want to watch it again and again with various actors.

To make everyone happy, do you take DDLJ’s script, alter it a little, and call it a tribute to the film? It’s no longer functional.

DDLJ is a timeless romantic love story that doesn’t require any further ‘tweaking.’ We are no longer interested in seeing it since a DDLJ without SRK is like burgers without fries.

The great chemistry shared by the performers in this cult classic is fantastic, and the new crop of actors is clearly incapable of duplicating the same enchantment on screen.

Jaane Bhi Do Yaaron is still remembered as a harsh parody of the country’s current affairs. The parody was directed by Kundan Shah and stars Naseeruddin Shah, Pankaj Kapoor, Om Puri, and Vidhu Vinod Chopra.

The film was not an immediate hit, but it has since become a cult classic.

There’s an easy explanation for this: Geet. That character will never, ever be recreated. Indian youth have grown up on a steady diet of romance, thanks to actors like SRK and Kajol.

Jab We Met, on the other hand, provided fans with not only a new romantic coupling but also a captivating plot.

The film demonstrates how love may mean different things to different people and that there is nothing wrong with being in love with someone.

A decent sports film is rare in Bollywood, and no other actor or writer can match Chak De! India‘s inspirational moments.

When the film was first released, it nearly single-handedly altered the way Indians saw sports in general.

The songs are still played at all of the country’s big sporting events. Will another ‘Sattar minute hai tumhare pass speech be delivered? That will be difficult without SRK.

Anand is without a doubt one of the best Bollywood films ever made. When it comes to filmmaking aesthetics, it’s practically criminal to try to reproduce Hrishikesh Mukherjee’s brilliance.

The story of a man who is about to die but is willing to go to any length to ensure that everyone has a happy life struck a chord with the general public.

Every viewer’s heart is touched by the genuine camaraderie between the key actors. The film’s brilliance resides in its simplicity, a quality that has since been lost in Bollywood.

Hrishikesh Mukherjee is the only Bollywood director who can do comedy as well as he does. With the current ‘gung-ho’ style of comedy in Bollywood, the humor of this film will be lost.

Hrishikesh Mukherjee’s classic, Chupke Chupke, is still one of his favorites. The narrative of a practical joke is told uniquely and interestingly.

Chupke Chupke was a fantastically entertaining film that was expertly handled. We don’t have a director capable of pulling off a successful remake, nor do we have the performers to pull it off.

Also, Checkout: Indian Indie Artists That Are Close To Us