Ali Zafar, a name which needs no introduction. A name which comes from a neighbouring country but feels just like ours. A name which has a voice that can make you fall in love. Here's to some of the songs that will tug your heart's strings. 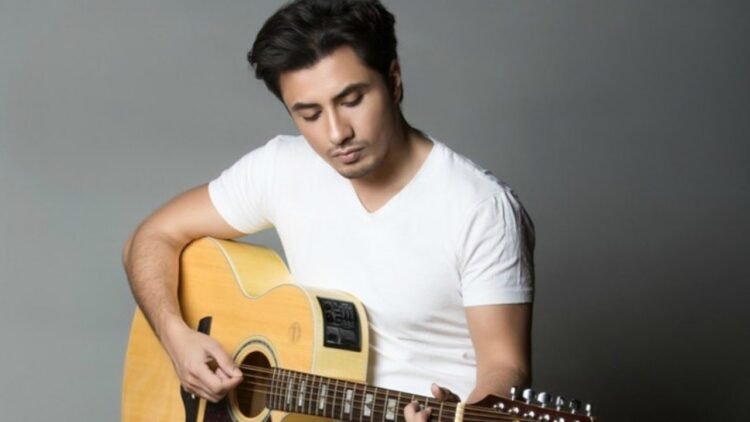 Ali Zafar, a name that needs no introduction. A name that comes from a neighboring country but feels just like ours. A name that has a voice and has given us some amazing songs to listen to.

All of them show us the immense talent this man has. From songs to get you grooving to songs for a broken heart, he creates songs for all.

His voice is simply magical; it feeds the soul and heart. Known for his unique performances in the coke studio which brings out the best in him.

Here’s to Ali Zafar and his songs-

A beautiful song that will force you to listen to it on loop. For many of his fans, Jhoom isn’t a song, it’s an emotion.

The music will have your heart and the song will pierce into your soul. Just makes you want to listen more.

His voice is just so amazing in this one. The song is nothing short of exquisite. A complete stand-out from the rest of the album.

His talent as a singer comes across. It wouldn’t be wrong to say he is one of the greatest artists and this song proves it.

Coke studio and how underrated is that show. The songs they produce are catchy and so unique.

If we have to rank out the songs they produce, Yar Daddi would definitely be on top of the list. Ali Zafar’s performance in the coke studio is just another level.

Isn’t Ali Zafar a rockstar? Well, this song proves that point. Must say this man can modify his voice in a million ways! Coke studio really brings out the best in him.

Definitely need more songs from him and coke studio together.

When he signs a movie to do their songs this is how it ends up. A complete masterpiece! Not just this one song, but all the other songs to make a long-lasting effect.

Try using ‘Palat Meri Jaan’ instead of saying ‘excuse me’ for your loved ones.

The last song Ali Zafar sang for Bollywood. This song is beautiful, sincere, and playful at the same time. It’s a masterpiece of Ali Zafar.

If you’re planning to propose to your love, this is the song you should sing!

This song is 18 years old but it will never get old for us. Ali Zafar was introduced to the world with the story of his first album.

His voice mesmerized the world and a legend was born.

Many of us were introduced to Ali Zafar and his music through this song. Ask any of the 90s kids and this will put them in nostalgia. You can’t help but tap your feet to this song.

A song for the broken hearts. This man’s voice never fails to mesmerize. He thoroughly enjoys making music in the coke studio and this is one such song that will make you cry.

Ali Zafar is hands down one of the greatest singers our generation has witnessed. He’s mentioned the greats of the music industry. His songs are loved across the globe for their melody, meaningful lyrics, and feeling.

All the songs mentioned are just a few of the masterpieces created by him. Hopefully, they struck the strings of your heart.