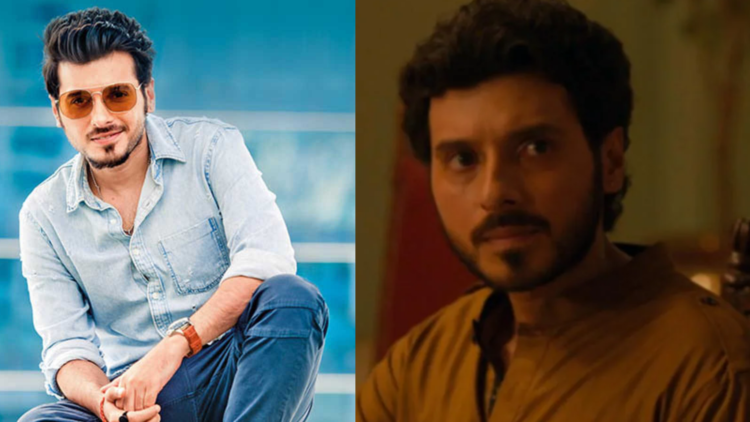 The 37-year-old Divyendu Sharma who played Munna Bhaiya has been in the entertainment industry for about a decade now, but lately, people have started to recognise his talent after he played the immortal character of Munna Bhaiya in Mirzapur series. Before this, he has experimented with a lot of genres but audience seems to have recognised his worth only after Mirzapur.

Today, TSA brings you some interesting lesser-known facts about the actor which even fans of Munna Bhaiya might not be aware of. Let’s take a look.

1. The actor was never interested in studies and hence managed only 49% in High School but luckily managed to score 84% 12th which was surprising for himself as well. This score must have motivated him a lot because he later graduated in Political Science from Kirori Mal College, Delhi University.

2. He was fascinated by acting since his childhood and was an active participant in cultural events and extracurricular activities.

3. Divyendu was always into mimicking actors as a hobby, but his sister asked him to be serious about acting and take it as a career option. After her advice, he took admission in Diploma acting course at FTII, Pune.

4. In the pursuit of a career in acting, he soon started grooming himself for several auditions by becoming a part of a theatre group called ‘Players’ for the next 3 years.

5. While waiting for film roles he acted in commercials of Birla Sun Life, Virgin Mobile and Fidelity Mutual Funds.

6. Like every other outsider actor, he struggled a lot and also faced a lot of rejections. In order to sustain his life in Mumbai with not much work he used to have a tight budget and at times he only spent Rs 32 per day on food to meet his budget.

7. Before his official debut in Bollywood, he appeared as a small unrecognizable role in Madhuri Dixit’s ‘Aaja Nach Le’ in 2007.

8. Divyendu’s first major break was in Luv Ranjan’s ‘Pyaar Ka Punchnama’ in the role of Liquid, through which Divyendu make us laugh even today.

9. After a memorable performance in ‘Pyaar ka Punchnama’, he got his next important role of a poet Omi in ‘Chashme Badoor’, which brought him a lot of praises from audiences as well as critics.

10. In 2019, he decided to drop the surname ‘Sharma’ from his name. When asked why he claimed that he did not want others to look him as a caste privileged guy.

11. He also played supporting roles in back to back two mainstream Hindi films, ‘Toilet: Ek Prem Katha’ with Akshay Kumar and ‘Batti Gul Meter Chalu’ with Shahid Kapoor. He believes his career took a sharp turn after these two movies because makers started to notice him and approach him for projects

12. Mirzapur wasn’t the first OTT release of his career. In fact, he did Zee5’s original ‘Badnam Gali’ and a web series called ‘Fatafat’ before donning the role of Munna in Mirzapur. There too, his performance was very much impressive.

13. In an interview, he has revealed that he was approached to play the role of Guddu Pandit in Mirzapur whereas Ali Fazal for Munna. But Ali turned down the role of Munna citing it to be violent and the role landed to Divyendu and then rest is history.

14. Divyendu married his long-time college friend Akansha Sharma just after the release of ‘Pyaar Ka Punchnama’. Talking about his wife, Divyendu said that she has always supported him in every way possible even when he wasn’t financially strong and hence he owes his career to her in this regard.

Read:
1. Done with Mirzapur 2, what to binge watch next? 11 must watch Movies and Web series List

2. 20 Dialogues From Mirzapur 2 That Make It A Must Watch

3. Mirzapur 2 Lead Cast Is Out On Streets In The Hunt Of Job. Let’s Check Their Entertaining Resumes

G for Gravity: How Strong is the Attraction & the Bond ?