Bringing you from across the Asian countries, we have a list of some of the best asian horror movies everyone should definitely watch if they consider themselves to be a fan of the horror genre. 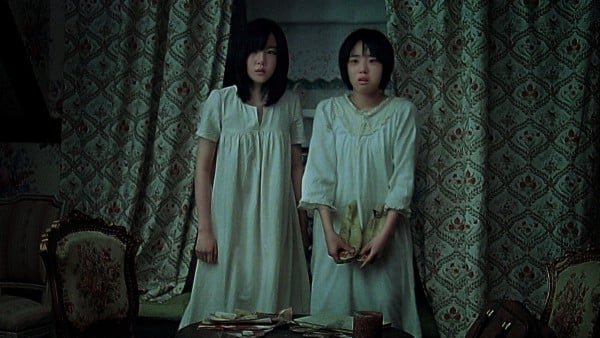 Horror movies may be scary and may frighten us enough to not see in the mirror at night and take someone along to stand behind the toilet door at midnight, but still, they are always fun to watch.

Asian horror movies are known throughout the world for their bone-chilling plots that may get some blood-curdling screams out of the audience.

Remember Grudge and The Ring— probably the best horror movies most of us saw during our childhood- they both were from Japan. Other industries famous for their horror movies are Thailand, South Korea, and Malaysia.

Don’t know where to begin? Don’t worry, we have got you covered. Below is the list of some of the finest Asian horror movies every movie buff should watch-

1. A Tale of Two Sisters

This 2003 psychological horror film is based on a folktale called Janghwa Hongryeon jeon pertaining to the Joseon Dynasty of the Korean Empire.

The story follows two girls who return home from a mental asylum and learns that apart from their stepmother they have to deal with the ghost of their late mother as well, who is still haunting the house and chasing the two sisters.

Incantation is a totally different type of horror story. Created in a found footage manner, where it is portrayed that certain parts being narrated in the film were recorded, Incantation was a hit not just in Taiwan but around the globe.

Directed by Kevin Ko, the film follows a mother, Li-Ronan who initially asks the viewers to chant an incantation to set her 6-year-old daughter free from a curse.

The film then goes on to show how Ronan broke a religious taboo six years ago by filming a ritual. The film is available on Netflix and is definitely worth giving a try.

Directed by Victor Vu, The Guardian is a Vietnamese horror movie that tries to demonstrate the dark aspect of the glamour industry.

It follows the story of a young singer who dreams of becoming a star one day just like Lam Phuong for whom she is a backup singer.

Phuong commits suicide after she discovers that someone released her private videos on the internet. While the young singer eventually takes help from the occult forces and a Kumanthong doll to obtain the popularity she thinks she deserves.

If you are familiar with Arabic you may know that Munafik literally translates to Hypocrite.

This supernatural horror film follows the story of a Muslim medical practitioner named Adam who cannot continue his job after the death of his wife.

Struggling to cope with the tragedy, he meets Maria, a woman under the influence of evil forces, and soon finds out that the death of his wife may be related to these forces as well.

A movie that was adopted as Sivi in Tamil, Click in Hindi, and under the same name in English, Shutter is one of the best horror movies created in Thailand.

Following two young couples Jane and Tun, who run over a girl in a car accident and run from the scene, the supernatural movie shows how Tun, being a photographer, starts seeing white shadows in his pictures.

Based on the novel written by Yasushi Akimoto, One Missed Call is bound to give you some chills. The story revolves around a psychology student Yumi Nakamura whose friend receives a scary voice message on her cell two days ahead from the future.

She hears herself screaming and eventually dies. Yumi tries to uncover the secret behind the message and soon realizes that this has been going on across the country.

The Maid is a story about Joy who begins her job as a maid in a royal house.

As she becomes aware of the mysterious disappearance of the maid before her, Joy and the couple’s daughter Nin catch sight of a spirit in the corridors.

Determined to find out the secret behind it, Joy takes it into her own hands to uncover the mystery of the disappearance.