If you consider yourself a movie buff but haven't watched any short films from India, you are missing out on a lot of good stuff. Below is a list of the finest short indian films you should add to your watchlist. 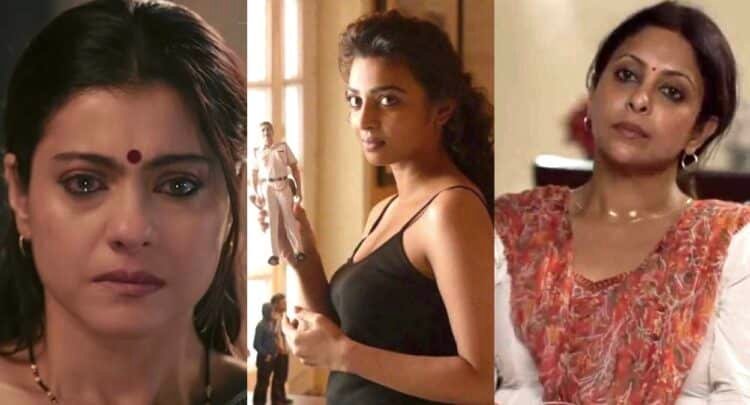 Bollywood Film Industry has been known for its feature-length films for a long time. It is not your mistake if a “short film” induces the feeling of boredom in your mind. We have been so occupied watching Hindi web series and movies that short films have evolved to be monotonous films that are praised by the critics from time to time but never once watched by us.

However, only a few of you may know that many of these films are screened in International Film Festivals and you can easily watch most of them on YouTube.

Those who watch Indian Films must be aware of the fact that they are popular for being profound, saying a lot in a few phrases, and leaving the viewers contemplating it long after it has finished.

So, if you are wondering where to begin, here are some of the finest short Indian films to watch over the weekend-

Featuring Naseeruddin Shah and Shweta Basu Prasad in the prominent roles, Interior Cafe Night is a film on love, romance, and second chances.

The film is only 12 minutes long but will portray the layers of the feeling of love that will last with you for a lifetime.

As the story moves from the present to the past, Naseeruddin Shah, who ages like fine wine, will display thousands of emotions only through his eyes.

Directed by Sujoy Ghosh, known for his film Kahaani, and featuring Radhika Apte, Tota Roy Chowdhury, and Soumitra Chatterjee, Ahalya is bound to leave you speechless.

The 14-minute short film is a re-imagined story of a mythical figure Ahalya, Maharishi Gautama’s spouse, who was seduced by Indra to have an affair and was ultimately punished for it while Indra’s image was left untainted.

3. That Day After Everyday

When I begin to describe this film saying it is directed by Anurag Kashyap, you already know it is going to be a masterpiece.

That Day After Everyday is a touching and empowering story about women and the struggle they have to face every day on the streets in the form of eve-teasing, creepy gestures, and disgusting looks. It shows female solidarity in the face of it all making it an inspiring watch.

A brainchild of one of the most popular directors in India, Neeraj Pandey, Ouch starrs two brilliant actors- Manoj Bajpayee and Pooja Chopra.

It is a dark comedy that touches upon the subject of gendered equations. Ouch is cleverly written and will keep you hooked to the screen.

Another short film featuring Manoj Bajpayee, alongside Neha Sharma and Radhika Apte, Kriti is a psychological thriller that is sure to make you think about the plot.

The story follows a man called Sapan who is undergoing psychiatric treatment and tells his psychiatrist that he has fallen in love again.

Dr. Kalpana is determined to help him- but will she be able to save him from the alternate realities?

A short film comprising an ensemble cast Starring Kajol, Shruti Hassan, Yashaswini Dayama, Neena Kulkarni, and Neha Dhupia— Devi is a story about the lives of women in the patriarchal world, portraying a true image of their daily struggles, especially of women in India.

As the film is directed by a woman, the storyline becomes even more authentic.

Atanu Mukherjee tries to do something different by cutting out the dialogues but augmenting a deep, profound layer to his short film. There is nothing special about the story.

It follows the life of a common man, showing his ordinary mundane life where he is stuck in the same work to make ends meet. The mundanity of it will not bore you and may even compel you to contemplate life.