Now and then, you'll watch a K-drama that you haven't heard much about, if at all. You begin to watch and wonder why more people aren't talking about it and why it has taken you so long to see such a masterpiece. 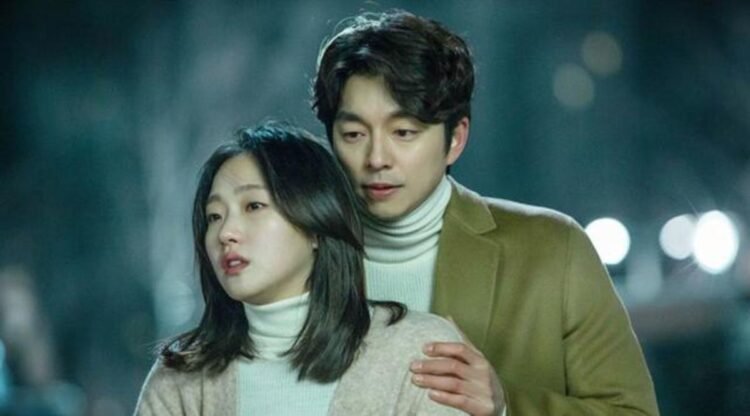 Many K-dramas out there are as excellent as Netflix’s “Squid Game,” but they often go unnoticed, and this list aims to shed some light on some of them.

Here are just 8 of the many-

It is an action-packed six-episode series featuring startling moments that are tough to watch and absorb if you are overly sensitive and emotional.

This appears to be the terrible reality that curses the lives of unfortunate young military troops in South Korea, resulting in deserters or runaways and, as a result, the requirement for D.P.s – those assigned to pursuing and bringing the deserters back to the barracks.

The show is reminiscent of social criticism on how a tight hierarchical society sustains and tolerates atrocities before hiding cowardly under the premise that it is inextricably linked to their culture’s DNA. It’s just the way it is. It’s either take it or leave it.

Everything about Our Beloved Summer is excellent, from the casting to the photography to the realistic plot and character portrayal to the lovely OSTs. From beginning to end, it was beautifully written.

The actors’ portrayals of their characters were so lifelike that you’d feel a solid connection to each one. You’ll empathize with them, weep with them, hurt them, get annoyed with them, experience butterflies, and repeatedly fall in love with them.

Furthermore, Kim Dami and Choi Wooshik have incredible chemistry! So far, the chemistry has been amazing! I’ve never seen any actors have this kind of chemistry; it seems natural and genuine.

This show has fantastic action sequences and a great plot that will keep you fascinated till the very end.

I’m fascinated by how Korean dramas are upping the standard with so many types of content this year, and My Name does an excellent job.

I binge-watched the entire series in one sitting and can’t seem to get it out of my thoughts. Special mention goes to the actress (Han So Hee), who nailed the show; her dedication was palpable. The other actors performed a tremendous job, making the series a fantastic watch that had me cry at moments.

The Goblin has such a complex tale that you’ll be intrigued from the first episode to the last. It contains both a romance and a bromance with which you will undoubtedly fall in love.

To say that this Korean drama was an emotional rollercoaster is an understatement. The entire cast is highly skilled, particularly lead performers Gong Yoo and Kim Go Eun, who have you engrossed in their love story and stitches with their humorous flare from the start.

The Goblin raised the bar for dramas, and its OST is just as superb as the tale; I’m hooked for life.

Giving it a go will be the best decision you ever make.

While watching Hometown Cha Cha, I felt like I was on a rollercoaster journey filled with emotions. Words are inadequate to express the show’s beauty and vibrancy.

Another healing and happy drama to add to my collection. I’m not going to lie: the show is fantastic. Kim Seon Ho and Shin Min Ah are a stunning lead couple, and all of their warmth and bubbly make me giddy with anticipation.

Based on their previous work, I was already a fan of both of them, so I had high expectations based on the trailer, and they exceeded my expectations.

The show is lighthearted and of the slice-of-life genre, with stunning cinematography.

Twenty-Five Twenty-One is a narrative about growing up, love, friendship, and dreams.

The finale had a meaningful message for me: the bad and good times we have in life will be valuable memories in the future, and they will finally complete our lives.

I appreciate how the plot jumps back and forth between the present and the past. It makes the story more interesting. This storytelling style occasionally leaves me with a memorable takeaway: don’t be too concerned; the sadness/mistakes we make today will be acceptable someday, and we’ll learn something from them.

Strangers from Hell beautifully depicts how society and the environment influence people’s thoughts and character. It’s impressive to witness how Jong-thinking Woo’s acting evolves; his character growth had me riveted to the screen. The actors did a fantastic job portraying the characters.

And the ending is mind-blowing; there are so many possible meanings that it’s impossible to predict them all.

The events felt like a giant rolling snowball that eventually blew away and landed somewhere.

Everything about the film is fantastic!! Everything is in sync!! I can’t seem to get enough of it! Several times re-watched! … an incredible work of art!!

The series features a unique and pleasant idea, strong character development, and intriguing issues. It’s not easy to represent mental health issues in their rawest form, but this drama does an excellent job, aided by outstanding acting from the entire cast.

It’s Okay To Not Be Okay isn’t afraid to address serious mental health issues, and it does it naturally. The story tackles everything from emotional and physical abuse to learning issues with one theme in mind.

As the title suggests, it’s alright not to be okay and seek help, whether professionally or through the support of friends and family.

So, there you have it: the top 8 K-dramas you should see if you enjoy K-dramas. All components are present in these dramas, including action, romance, thriller, suspense, and comedy.

The majority of them are available on Netflix, Viki, and YouTube. You may also view them for free on streaming websites. If you haven’t begun watching dramas yet, start with one of these and be hooked.