9 Unique Places In India That You Need To Visit

Travel, according to a wise man, is more than just getting from point A to point B. It's about taking in the culture, the feelings that a place has to offer, and the stories that people tell you along the way. 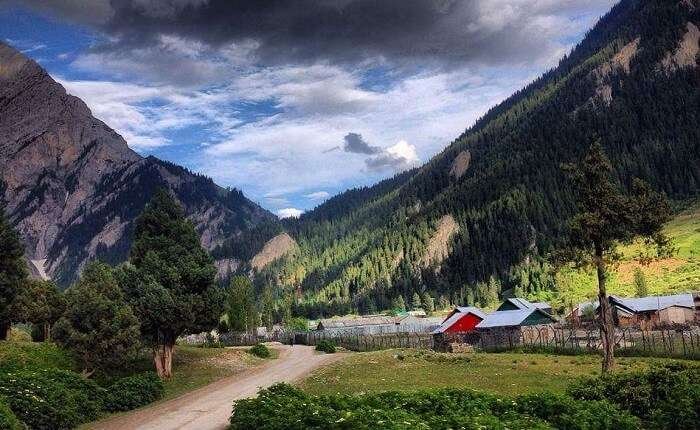 Many people believe that India has far too many fascinating locations that have remained unscathed by civilisation and tourist hoarding.

While it may be difficult to learn about most of them because they are India’s hidden riches, we have made it easy for you.

There are far too many hidden jewels to explore in India that you should choose above the conventional tourist attractions, from discovering the magnificent caves interwoven with nature’s wonderful vistas in Laitmawsiang, Meghalaya, to standing atop the Murud Janjira Fort in Maharashtra.

Araku Valley, a hill station and village in the Visakhapatnam district of Andhra Pradesh offers a breathtaking landscape surrounded by thick forests.

Araku is known for its world-famous coffee plantation. The pleasant weather, hillocks, and valleys draw visitors to the area.

The lush vista brings the valley’s natural beauty to life. The valley is about 36 square kilometres and is situated between 600 and 900 metres above sea level.

A Native Museum depicting tribal goods and cultures is another attraction in this canyon.

2. The romantic lake of Chembra

Chembra Peak, at 6,900 feet above sea level, is Wayanad’s highest point. Chembra is a section of the Wayanad hill ranges in the Western Ghats, near Meppady, and is adjacent to the Nilgiri Hills in Tamilnadu and Vellarimala in Kerala’s Kozhikode district.

A heart-shaped lake is one of the tourist attractions at the top of the hill. The lake is thought to have never dried up.

The scenic panorama from the summit of the hill encompasses the entire state of Wayanad as well as sections of the districts of Malappuram, Kozhikode, and Nilgiri.

If you want to see the best of India, Mizoram is a must-visit. It’s a lovely state with vibrant tribal traditions, orchids, and butterflies.

Champhai’s breathtaking view of Myanmar’s hills spans 3,185.83 square kilometres. Champhai is where the history of the little state of Champhai begins and ends.

The pleasant climate and beautiful scenery draw visitors from all over the world. The “Rice Bowl of Mizoram” is a remarkably attractive location near the town’s base.

The rice fields are surrounded by a series of lush hills, which adds to the area’s charm. Visiting this location should be on your India bucket list.

It’s an extraordinary sight to see the sea vanish in front of your eyes and then reappear. The seawater recedes to around 5 km at low tide and reaches the coast during high tides at Chandipur Beach in Orissa, which is a stunning sight.

The water’s hide-and-seek game is entertaining, and the vine sand dunes swing to a soothing musical note, adding to the alluring charm.

Remuna, Panchalingeswar, Aradi, and Chandaneswar are some of the other nearby attractions.

Rappelling over the garrulous waterfall’s 120 feet is one of those sensations that every daring mind craves! Canyoneering is one of those activities that has gained worldwide acclaim.

Many waterfalls and rushing rivulets dot the Western Ghats, making them ideal for water rappelling. One of nature’s gifts to mankind is the Vihigaon Falls in Kasara, Mumbai.

It’s a one-of-a-kind expedition that combines rappelling, downclimbing, and river tracing through the dense jungle.

It’s the most effective approach to overcome acrophobia (fear of heights)! One of the most fantastic adventure experiences in India is to be suspended at a height of about 100 feet while rappelling alongside the water.

6. Khajjiar – The Mini Switzerland of India

Khajjiar, sometimes known as India’s Switzerland, is a hill station in Himachal Pradesh’s Chamba District. The hill station is nestled in the midst of spectacular ‘Deodar’ forests, which provide a scenic backdrop.

This off-the-beaten-path location in India has the world’s most unusual blend of three ecosystems. The lakes, meadows, and woodlands combine to make a visit to this location a one-of-a-kind experience.

As a result, it is also known as Himachal Pradesh’s Mini Switzerland.

Puga is located in Ladakh’s south-eastern corner and is part of the Himalayan geothermal belt. Hot springs, mud pools, sulphur and borax deposits all reveal signs of geothermal activity in this zone.

“Geothermal (energy) is easily found in Ladakh since it lies at the convergence of two continental plates.

The potential is high because we have a plentiful supply of water thanks to rivers and hot springs,” he says.

Varkala is known for its beautiful beaches, but it also boasts some historical and cultural sites worth seeing.

The Anjengo Fort and Lighthouse, which are located near Varkala, were built in the 17th century and still survive today.

Tourists can get a closer look at Varkala’s culture at the Varkala Cultural Centre. Here you can get a sneak peek at Kathakali and Kalaripayattu performances.

Gandikota is a small hamlet in the Kadapa district of Andhra Pradesh, in southern India. The old Gandikota Fort is roughly 15 kilometres from Jammalamadugu. The gorge here is similar to the Great Grand Canyon in the United States’ state of Arizona.

Gandikota settlement, on the banks of the Pennar River, has a long history reaching back to the 12th century. The historic Gandikota Fort, which sits atop the Gorge, is located here. The Pennar river cuts through the Erramala Hills to produce the gorge, which is likely to take your breath away.

The vivid orange stones covered with rich flora, as well as the sparkling white water that flows gently through the gorge, are enough to draw you in. The items listed below can be added to your list of must-see sights in Gandikota.

No trip story is complete without breathtaking images of orange colour flowing across the sky. During your visit to Gandikota, you should keep an eye out for the sunrise and sunset.

Also Read: 10 Movies We All Saw As Kids

10 Movies We All Saw As Kids