8 Heart-Breaking Scenes That Left Us Vulnerable

Whether making us happy or leaving us sobbing, some scenes have the power to stay with us forever. This post is a tribute to all the heart-breaking scenes. 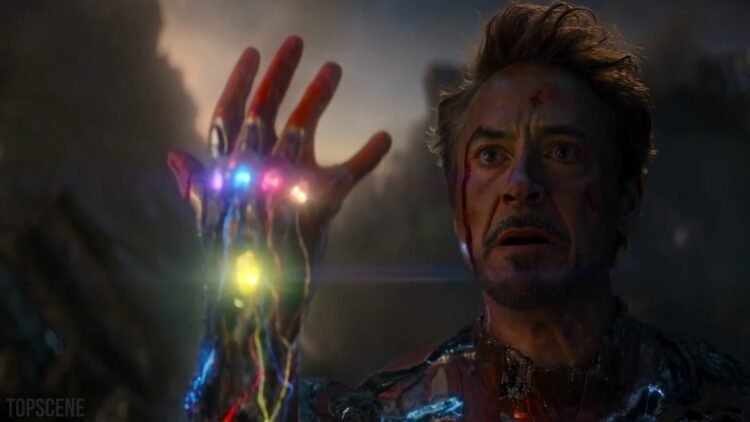 We may not remember each and every dialogue from all the movies and shows we see, but there are some scenes that stand out and make us sob each time we re-visit them.

At that point, the seam between fiction and reality seems to blur out and we feel the hurt of the characters on screen as if they are someone dear to us.

Whether it is Fleabag’s remorseful ending or Spider-Man turning into dust, these scenes squeezed our hearts making us feel thousands of emotions all at once.

To pay tribute to all those heart-breaking scenes, let us take a trip down memory lane and dedicate this post to the scenes that are forever stuck with us-

1. “You have your mother’s eyes”- Harry Potter and the Deathly Hallows: Part 2

Beginning the list from the scene that made the entire fandom sob, Snape dying and Harry trying to catch his tears made one of the most emotional sequences in the Harry Potter series.

From being one of the most hated characters in the initial parts to becoming an example of true love, Snape was never a part of the usual character development, evolving to be a good character, but still portrayed how he was one of the most mature people.

One of the most well-written shows you will ever come across, the character-depth and humor blended into Fleabag make it stand out from the rest.

A very powerful scene from Fleabag is when Fleabag confesses her love for the Priest, who obviously has sworn to celibacy, and the Priest replies that “it will pass.”

We don’t know whether love actually ever passes but this dialogue garnered huge attention owing to the emotional maturity and layered personality of the two characters. Not every show has a good ending but that doesn’t mean it has a bad one. Fleabag is the finest example of it.

Up is one of those rare films that will make you cry right from its opening scenes. The 10-minute opening shows a glimpse of Carl and his wife Ellie’s entire relationship.

From falling in love to getting married, their life was blossoming until Ellie suffered a miscarriage and the two went through financial troubles.

They planned to visit Ellie’s dream place Paradise Falls but they grow old and Ellie dies before they can go on their trip.

If this opening montage was not a part of the film, we would have seen Carl as a bitter old man and not as the once affectionate man he was.

4. When Allie Remembers Noah- The Notebook

Perhaps the most beautifully crafted love story of its time, an adaptation of the book of the same name by Nicholas Spark, The Notebook is filled with scenes to make us cry.

What had us sobbing really badly was the scene when Allie finally remembers who Noah is only to forget him again a few seconds later. The two shares a beautiful dance but once again Allie’s memories are trapped by her dementia and she panics unable to recognize Noah.

The 1989 film starring Robin Williams as an unorthodox English teacher gained a cult classic in the following years. Dead Poets Society is a minimalistic approach to urge people especially young ones to do dramatic things in life.

John Keating’s teaching style includes tearing down pages of generic authors, standing on benches to have a new perspective, and studying amongst nature to appreciate the beauty of life.

Inspired by Keating’s remarkable approach to life, one of the students commit suicide when his parents do not accept his aspirations to be an actor.

Keating is expelled from the school and in the ending scenes, one of the shyest kids in class played by Ethan Hawke stands on the bench and shouts “O Captain, My Captain!” after which other students soon follow.

This scene shows how Keating was able to leave a lasting impression on the kids even when the authority did not understand his perspective.

Filled with humor, comedy, tears, breakups, and emotions, How I Met Your Mother is one of the most amazing sitcoms of its time.

One of the most emotional sequences in the show was when Marshall’s father died and Lily had to tell him about it. The countdown that began had us all confused but towards the end it all made sense and it has to be one of the saddest scenes in the show.

When Tony Stark says “I am Iron Man” before destroying Thanos along with his army, you can see that his eyes are glinting as flashbacks of his normal life and superhero life appear before his eyes.

He was not just the strongest being in the multiverse physically at that point, the emotional strength needed to sacrifice oneself and leave behind their family for the greater good is not something everyone is capable of doing.

When Nairobi survived the gunshot, we thought everything was okay. However, Gandia took his revenge and shot Nairobi, leaving the entire fandom distraught.

A very emotional tribute was given to Nairobi as her body was taken out of the Bank of Spain with respect and dignity making all the people outside the Bank emotional. This has to be the most heartbreaking scene in the show.

Also Read: Looking For A Short Film To Watch? Badboli Bhavna Might Be The One!

Looking For A Short Film To Watch? Badboli Bhavna Might Be The One!