These intros are so delightful and memorable, the following television intros have established their place in mainstream culture. We will never forget them, no matter how old they are. 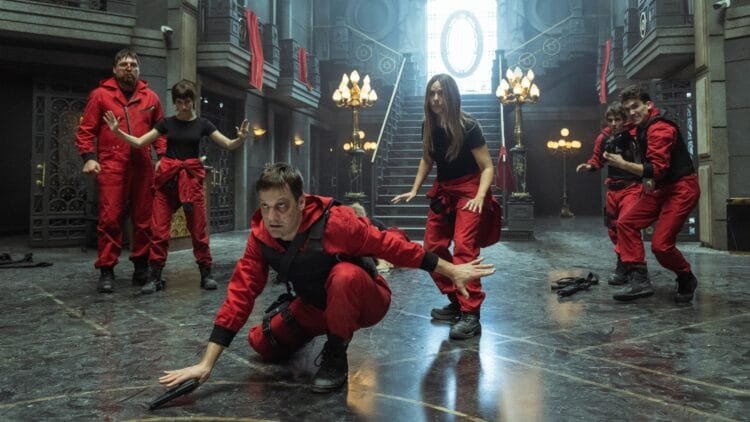 We all like binge-watching our favourite television shows again and over. It’s possible that, over time, you’ve honed your mass viewing skills to the point where you can finish an entire television series, perhaps with over 200 episodes, in just one week.

Because you’re too familiar with the opening credits and they can get a touch repetitive, skipping over them is a wonderful method to speed up the process. However, there are some TV series whose theme song is so compelling that you can’t bring yourself to turn it off.

It is the addictive tune, the irresistibly catchy lyrics, or the tone it establishes for the rest of the episode, but you know you’ll savour the intro and hum along to it every time.

And, as a heads up, they might stay with you for the rest of the day.

The song Bella Ciao may have gotten more popular. But, no matter how excited you are to witness the Professor at work, Money Heist’s stunning opener song, Cecilia Krull’s My Life Will Go On, is not one to be missed.

We won’t protest if Netflix replaces the “Skip Intro” with “Replay Intro” for Bojack Horseman.

It also gives you a quick reality check-in in under a minute, which makes it cooler.

Achint Thakkar, the composer of the Scam 1992 theme song, has given us a melody that is, to put it simply, utterly addicting.

This theme song has made its way into cell phone caller ringtones, Instagram reels, and everything else under the sun, so don’t miss the intro.

There’s no doubt that ‘Sherlock’ is a masterpiece, and the opening title is no exception. Gives you a general overview of London as well as a preview of what you may expect over the next 90 minutes.

We had to Google the rest of the lyrics every time except for “And it all started with a bang.” Even so, I didn’t miss the Barenaked Ladies’ opener even once because it’s such catchy music.

There’s sin, and then there’s skipping Daredevil’s opening credits. Sorry, but we don’t trust folks who behave in this manner.

Slowly builds in intensity before exploding with all that red theme formation, pure art.

The opening credits song, produced by Anurag Psychaea, is a beautiful, lilting tune that had us smiling even before the programme began, much like the show itself.

Stranger Things’ theme tune, written by Kyle Dixon and Michael Stein, is the perfect fit for the show’s love of science fiction and all things the 80s.

From the moment it starts playing, Nick Cave And The Bad Seeds’ Red Right-Hand puts you in the mood for stylized violence and gang conflicts. Thomas Shelby would be proud of you!

Cold Little Heart by Michael Kiwanuka so perfectly nails the idea of Big Little Lies that it’s impossible to envision any other song as its theme.

Also Read: 7 Movies Where Everything Becomes Alright In The End