Remembering Great Songs Which The Local Train Have Given Us

The Local Train is a Chandigarh-based Indian rock band that has been based in New Delhi since 2015. Since then, they've given us some great songs. 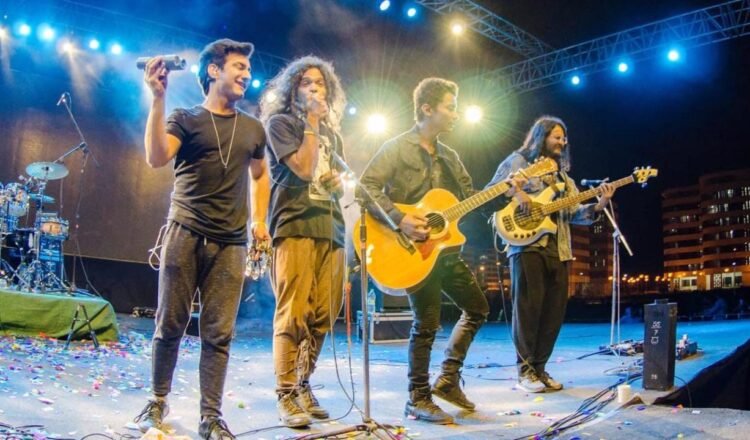 The Local Train is an Indian rock band with a new city as their present location. They were, nevertheless, one of the first rock bands in Chandigarh to pioneer the current rock wave in India’s rock music scene.

The band has composed some of the best songs of this era. In this article, we will be remembering some of the great songs which The Local Train has given us. Read on to find out.

In the year 2008, the local train began its journey. Though Indian rock, pop-rock, and indie rock are commonly associated with them, their official Instagram handle states that their genre is alternative rock. As a result, it is considered one of India’s top alternative rock bands.

The band is loved all across the nation. One of the reasons is the mellow lyrics and background music of the songs which is a total vibe for people of different age groups. They are also famous for their empathic lyrics, which are usually written in Urdu and Hindi.

The Local Train’s lyrics have come a long way since their first song, “Choo Lo,” which had a gentle, romantic vibe. We have compiled a list of the 10 great songs which The Local Train has given us below. Choose your pick!

Take a look at our list of the 10 great songs which The Local Train has given us:

On streaming portals, ‘Choo Lo’ had over a million views. Their debut album, according to vocalist guitarist Raman Negi, was more pop-oriented, while guitarist Paras Thakur describes it as “a very comfortable zone musically for everybody.”

The song is still a total vibe, and everyone enjoys it because of the soothing lyrics and engaging music.

It’s the first single from Vaaqif. ‘Khudi’ tells the story of an unhappy restaurant employee who discovers his calling.

It is undoubtedly one of the best songs by The Local Train. It is perfectly composed and very well written.

The music reminds you of your first love and how the universe is also remembering her. Making it one of the great songs which The local Train have given us.

Mizaaj is quite different from The Local Train’s other songs. It takes you to another world. Where all you long for is solitude.

The song is simply ethereal. Yet, it has not received the recognition it deserved. It is one of the underrated masterpieces by The Local Train.

‘Gustaakh’ is like a conversation between a conservative leader and a young neutral who tells him that we must go forward rather than look back.

The kick drums of percussionist Sahil Sarin strike you like a strong coffee on a Monday morning on the sixth tune from the Local Train’s debut Aalas Ka Pedh.

Raman Negi, the singer, takes the listener through his sadness and contemplates how he would move on with his life after the breakup.

The song is amazing to listen to since it is accompanied by some strong guitar.

Aakhri Salaam is a song of optimism, not only a farewell song. A song that encourages you to move forward and go with the flow of life, with your heart in the past and your eyes on the future.

The song always gives sensations no matter how many times you have listened to it.

Aaftab is considered the most famous song by The Local Train. Among many other great masterpieces like Choo loo, Dil mere, Khudi. Aaftab is one of my favorite.

This song gained most of the fame which The Local Train has right now. No matter how bad things are, this song has the capacity to lift up your mood.

There isn’t a song that better personifies the heart than Dil mere. This song quickly brings a grin to the faces of the listeners and has the potential to get you moving.

You start humming along while listening to it. This is the influence The Local Train music has among its audience.

It is undoubtedly one of the best songs by The Local Train. They highlight the agony caused by communalism, existential crises, and belief in Vaaqif.

It is considered more than a song as the lyrics are so deep. It puts you in a position to think about all the things around you. The Local Train has brilliantly portrayed a great issue in this song.

The Local Train rose to prominence because of its powerful sound and anthemic delivery of Urdu and Hindi songs.

Their music is known for its pounding drums, expressive riffs, and high-octane performances. Some of the great songs which The Local Train has given us are listed above.

Underrated Movies That Are Recently Available On OTT Platforms