House of the Dragon is now available for streaming. The new series is a prequel to Game of Thrones, one of the greatest series of all time, and is a promising start with fire and blood. 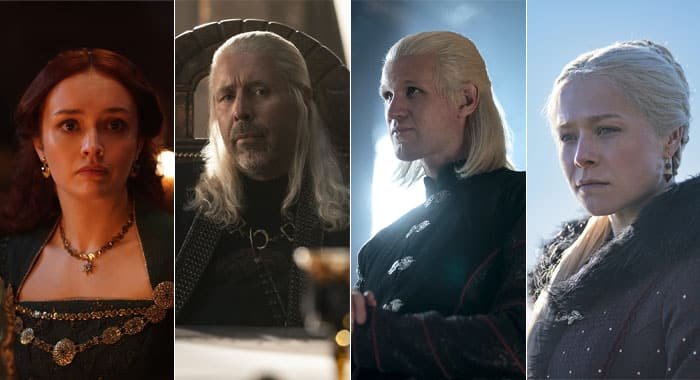 After a long gap of three years, Game of Thrones fanatics was excited this week with a new prequel of GOT named “House of the Dragon” being released.

GOT fans have invested almost a decade of their life in the series and even those who haven’t watched it know about the global franchise, from the dialogues, the scenes, the actors, or the book it was based on.

All of us are familiar with Targaryens and their tales, especially Daenerys Targaryen, played by the talented Emilia Clarke, a character that gained recognition globally.

As HBO Max brings the series to the audience, it is partly based on Fire & Blood and set exactly 172 years before the thrilling events of Game of Thrones.

The series is created by Ryan Condal and George R. R. Martin, the former being the writer of the Game of Thrones series and the two collaborating again for the series.

The 200 years before the birth of Daenerys Targaryen, it follows the family of Targaryen and the quarrels ensuing between them which ultimately culminates in the extinction of the whole bloodline of Targaryen with the wars they wage against each other.

The series does not remain concentrated on the entire Fire and Blood book, but it captures the pivotal and primal parts of the book, especially The Princess and the Queen which demonstrates how some of the most powerful families in Westeros came to become enemies.

House of the Dragon is engulfed in a sense of peace as the show portrays the reign of King Viserys I Targaryen, however, only those who are living in the most protected parts can truly create illusions about their shelter.

Unlike Game of Thrones, this series is not crammed with several families clashing and ravaging each other’s territory but after almost 10 years of war, GOT fans already know who is going to get violent soon.

No one really cares about the inheritance of thrones when Viserys dies as the eldest heir of the King is a girl and the queen is already pregnant with a baby boy, or so it is believed. Being a prequel to Game of Thrones, it has the elements unique to it- treachery, violence, war, costumes, and of course, dragons.

As the series was set before the events of Game of Thrones, the characterization in House of Dragon seems connected with GOT and not in a way that shows how their future relationships will be.

You can see the traces of the characters and interweave them with the one in Game of Thrones, especially with Starks and Baratheons.

When it comes to the fame and popularity of Game of Thrones, you would expect HBO to pay attention to the minor details to make it more believable and smoothen the fictional elements with realistic props.

Nevertheless, the wigs used in this series are ridiculous and laughable. The lack of attention Targaryens and Velaryons pay to their hair care is visible.

We do not get any legendary dialogues from this show ( like when you play the game of thrones, you win or you die ), let’s see where they take the series from here.

The ten-episode long series is basically an epic, one that explores and bases itself on history, remarkably in rhyme with space and time.

However, as the series attempts to enhance the realm of A Song of Ice and Fire with its roots from the tones of Game of Thrones, House of Dragons somewhat forgets that it needs more than the links with a global franchise to become fascinating.