The new season of Never Have I Ever is now streaming on Netflix. Mindy Kaling's show is still crammed with love and relationships but with a better developed plot. 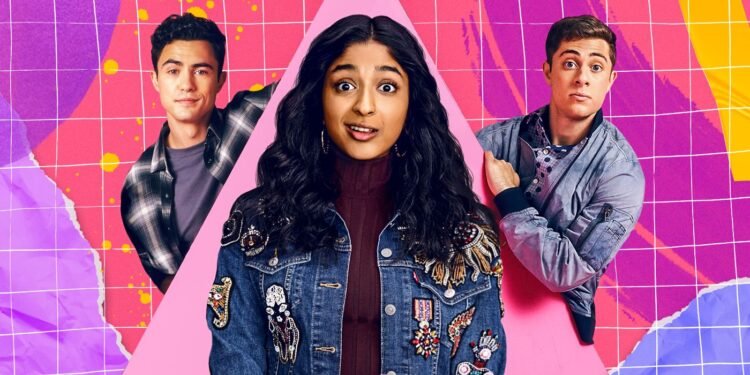 Netflix’s Original teen comedy, Never Have I Ever ended its second season with Devi Vishwakumar getting stuck in a love triangle but finally ending up with Paxton Hall-Yoshida.

The third season returns with that tone showing the blossoming stage of Paxton and Devi’s relationship.

It is never easy for a nerd and a popular kid in High School to be together and Devi getting slut-shamed for being with Paxton is just the beginning.

This season of Never Have I Ever reminded me of How I Met Your Mother’s reacher-settler theory, for Devi she is the reacher, while Paxton, who has lowered his standards for Devi to watch tik toks on their date rather than having sex, is the settler.

In its third season, Never Have I Ever has significantly decreased its focus on becoming a show surrounding the Brown people but more on American teen drama that shows what every other generic drama of that genre does— romantic tropes, cheating, heartbreaks, confusion, and gender identity.

Whether it is To All The Boys or The Kissing Booth, Netflix always throws in some additional boys for our male protagonist.

Never Have I Ever has been operating on that since Devi decided to date two boys and this season, it was time to bring some change to that tone. However, they introduced a cute character in the form of Nirdesh- another South Asian kid joining Devi’s school.

His addition to the series was futile and further, the creators prolonged it while sidelining Fabiola and Eleanor to mere puppets in service of Devi.

When even the characters are more invested in Devi’s love life than their own, how can one expect the audience to pay any attention? Ben is absent from the show for long periods and Paxton is portrayed as the most relevant character to the extent where it appears forced and exaggerated.

Devi is still going back and forth when it comes to her feelings. Not only her, but the third season also has Anessa, Ben, Fabiola, and Eleanor doing the same.

You don’t know what’s going to happen next- the unexpected situations and reactions make Devi and her gang unreliable people.

The series almost makes you wonder if Nalini is the only entertaining character to watch. Even though she appears to be a caricature of Brown’s mother, her character is closer to reality.

However, as the creators moved away from the Brown culture reference this season, Nalini’s character was underwritten and she got only a limited place to develop it.

Kamala and Manish develop their friendship and Kamala’s grandmother, Nirmala, is disappointed due to Manish’s severely limited knowledge of his culture and the way he treats the Brown History.

Compared to other teen dramas like Euphoria or Sex Education, both of which demonstrates teenagers around the same age, Never Have I Ever may have crafted their characters better in this season however they still don’t have the sensibility you except from18-year-old kids.

The show becomes an entertaining watch for those who are fascinated with romantic tropes and watt pad stories.

Apart from it, you can’t expect to get anything out of this teen drama except a bunch of bad decisions to eventually find out what you really want, a bundle of heartbreaks and impulsive decisions, and the magnet to which all aspects of this series attract, Devi Vishwakumar.