7 Fictional Friendships We Wished We Were A Part Of!

Let us introduce you to some of the best friendship duos and trios we always wished to be a part of! 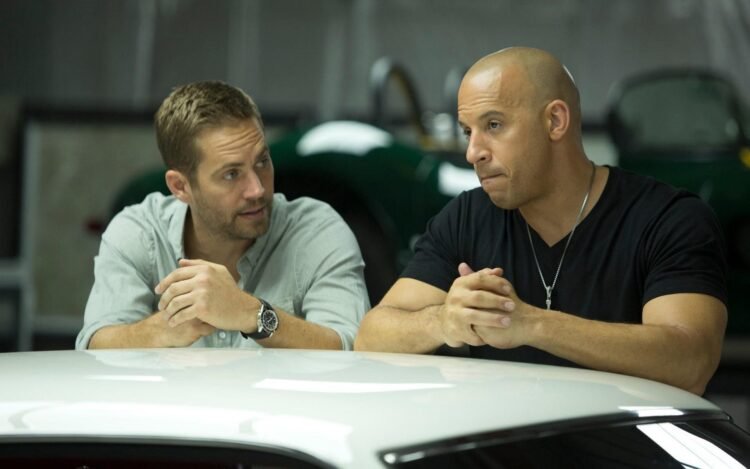 Did we wake up today remembering some of the best fictional friends we always wished to have?

There is something so fascinating about watching and reading about fictional characters who have the potential to be the best friends.

Whether it is Hermione appearing to protect Harry and Ron’s back, Sherlock’s concealed way of showing love to Watson, or Monica’s care for her squad– the friendship bonds are always heart-warming to watch.

Today, let us remember these amazing fictional friends who are just as real as other people in our memories if not in this world-

It is only fair to start the list with the golden trio. For Harry, Ron and Hermione are his whole family. Harry had a name in the wizarding world, one that was glorious and prominent.

Nonetheless, he chose to be with the two of them because for him these superficial things did not matter.

Hermione’s brain has always saved Harry and Ron–no wonder they reached the seventh year alive. What’s more, is that she has been shown saving Harry and Ron with a few of her magical spells without them ever knowing about it. All Hermione cared about was for the two of them to be safe.

Ron has always been a timid friend. However, for Harry and Hermione, he has constantly struggled to side-line his fears to protect the two of them. The three of them had their own imperfections– but at the end of the day, they would have died for each other.

A stoner guy who spends his time flirting with ladies– Zahid is exactly the kind of guy you would pinpoint as inclined towards bad.

However, Zahid surprised us by being a good friend to Sam. Sam, living with autism, has a hard time managing around people. A small issue can turn into a big panic attack for him.

However, Zahid always made a comfortable space for Sam and took care of him like a true friend. At times, Sam needed more attention than a normal human and Zahid managed the situation maturely.

Sam, on the contrary, had led a difficult life. He has constantly been picked on. But he dealt with Zahid the exact opposite way. Sam made certain mistakes like any other human. What mattered was that he realized it and asked for Zahid’s apology.

Whether it is the original Sherlock Holmes book or the adapted BBC series, Sherlock isn’t Sherlock without Dr. Watson by his side. Holmes is clever enough by himself and Watson’s help is not much– but it would take a lot from fans to imagine Sherlock without him.

Watson had always stuck with Sherlock which was not an easy task and Sherlock, not a big fan of showing emotions, also cared for Watson like no other.

The two of them had some heart-warming scenes in the show, especially the one where Watson nearly killed him. (Watch the series to understand further)

If you are a fan of The Fast and the Furious, you know the feeling of watching ‘See you again‘ and Dom saying ‘You will always be my brother.’

The friendship between the two lasted for nearly fourteen years on-screen and will last a lifetime in real life.

Even after the death of Paul Walker who played Brian, we will always imagine the two of them together somewhere racing their cars and having a great time. Friends are the family we choose– Dom and Brian proved it.

It is Ross’ wedding and Rachel is gloomy and grim. There comes Monica and Phoebe dressed as brides to cheer her up! They end up drinking and having fun together.

This scene depicted the bond shared between the three of them. They were always there for each other through thick and thin.

Every girl needs a female squad similar to them– and why not when the three of them ended up redefining the meaning of friendship.

Polar opposite in terms of personality and nature– Chandler and Joey cannot simply be their best selves without the other.

They carry their absurd way of expressing the unique platonic chemistry they share– although you may find Chandler sitting in a wooden box the next time Joey refuses to talk to him.

Charles may kill us for mentioning the name of his best friend without consulting him first, but the adorable bond shared between the two of them is worth mentioning a thousand times!

It was Charles who helped Jake realize his feelings for Amy, taking 400 pictures of Jake in his dream place, and who planned the best bachelor’s party for Jake.

And Jake also supported Charles. Whether it was about strolling across town to bring a toy for Charles’ son or encouraging Charles to date the girl he likes, Jake is the push every person needs to keep going.

Also Read: 8 Songs We Only Listen To Because Of Their Emotionally Stirring Lyrics