The Dive highlights Hopper as he is being prepared to be fed to one of Russia's Demogorgon and Eleven's struggle to know the truth of the massacre that happened years ago in Hawkins laboratory. 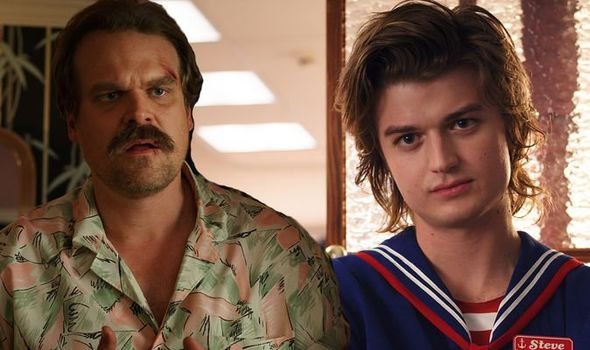 Stranger Things fandom had significantly increased over the years. Meeting the expectations of every sci-fi buff is a really difficult task as was with other Netflix Originals that ended up becoming a mess after prolonging their conclusion.

Chapter six is the penultimate episode and had plenty of pressure to be capable of keeping the fans immersed.

It is apparent that Volume 1 will not give away everything that is going on in Hawkins as Volume 2 is set to release in July with the final episode of it being more than 2 hours long.

This episode is the perfect example of why Stranger Things 4 is a bit overstuffed. Several stories are progressing at the same time which does not allow the audience to appreciate the suspense and climax built-up.

One of the most important factors in this season was Eleven’s or Jane’s memories. Brenner explains that the events at the Star court Mall thwarted her powers just as a traumatic event hinders a person’s ability to speak.

Every event in the Hawkins Laboratory has been taped and Brenner persuades Eleven to bring back her suppressed memories saying that she has “demons inside of her.”

The slow and suspenseful music, dark setting, and gloomy vibe around the laboratory point to a mysterious side of Eleven, at one point, you are left wondering whether she was behind the events that are unfolding in the present.

At the core of this is the guard at the lab, who tells Eleven about the “boy-who-isn’t-talked-about” aka One, the first child with special abilities brought by Brenner. Nobody knows his backstory and the guard tells Eleven that One was just like her.

Former episodes show that Eleven was bullied by other kids in the lab. This parallel drawn between the present and the past might be hinting at the darkness inside her.

Joyce and Murray are trying to break inside Hopper’s prison while Hopper and the gang of prisoners are being treated to a good meal just to be fed to the monster that is none other than our old Demogorgon.

This indicates that Russians are still fascinated with the creatures of that dimension and might have a part to play in the recent events.

Yuri’s character, played by Nikola Djuricko, a smuggler who is unreliable (the sole reason why Enzo and Hopper are in jail) and greedy, is praised by Duffer Brother’s favorite sci-fi author Stephen King.

If you are a Stranger Things fanatic you must be aware that Millie Bobby Brown was supposedly given Eleven’s role (one of the central in the series) as she was praised by King for her role in Intruders.

While Yuri’s role in this season is short, Murray and Hopper gave an exceptional performance. Murray was successful in delivering the mockeries with the personality of a man who is not even mindful of his own humor.

David Harbour (Hopper) wonderfully portrayed the emotions he was supposed to depict making us cry with his confession to Enzo.

On the other hand, Steve and the gang found a portal to enter the Upside Down and the episode ends with Steve pulled to the other dimension which might become Vecna’s next feast.

This might just be the right time for Nancy to dive right in to save Steve and remove Jonathan from the picture altogether.

However, with all the relationships in the series falling apart, it is unclear how the team will be able to work together to fight monsters with their own feelings at stake.

With just a single episode left, it is confusing what the creators had in mind when they began to unravel several pieces of different puzzles.

The responsibility now lays solely on Chapter Seven to shuffle through these pieces, make sense of the screenplay and keep up the hype that is connected with Stranger Things.

Stranger Things 4 Chapter Five: The Nina Project- Will Eleven gain Her Powers Back?

9 ALI ZAFAR SONGS THAT WILL TUG YOU HEART'S STRINGS