Six months have passed since the incident at the Star court Mall. The entire police force of Hawkins is convinced that Eleven was behind the massacre. Will they capture her this time as corpses again emerge in the town? 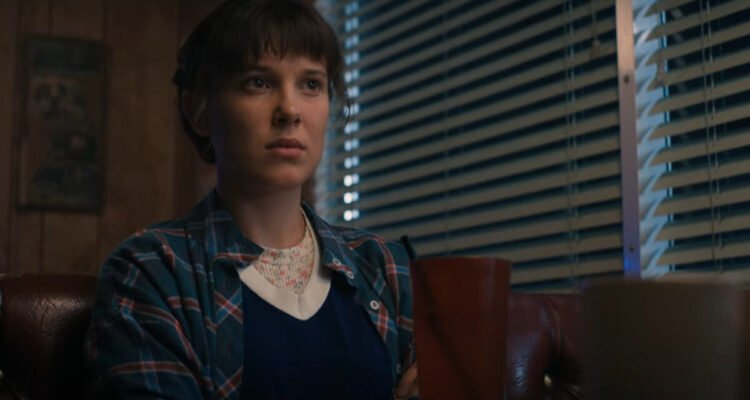 Chapter Three opens with the United States Army visiting Sam Owns as they believe Eleven to be responsible for the gruesome death of Chrissy.

As the flashbacks showed the young Eleven with blood dripping from her eyes similar to the way Fred and Chrissy died, the makers did try to hint at some nasty business. Eleven also had a link to the opening of the passage to the other dimension although, unintentionally.

Eleven, or Jane Hopper as she was called when Hopper became her legal guardian, was always under the scrutiny of the Hawkins Police and investigators specifically when they identified a photograph of her at Brenner’s lab and later connected her to the incidents at Star court mall.

As the first episode brandished the flashbacks to Brenner’s lab where a brutal carnage transpired with Brenner asking Eleven, “What did you do?”, a notable aspect of this season remains whether a dark side prevails in Eleven due to her psychic abilities that could be merged with the creatures of the upside-down.

The Duffer Brothers cleverly composed the bad side of Eleven making her initially face humiliation and embarrassment until it finally culminated in her hitting Angela with the skates.

Nevertheless, even though it was violent on her part, fans can hardly accuse her, especially after the way the gang bullied her.

Meanwhile, Robin and Nancy team up to discover the truth behind Creel’s story. They unearth a family murder in 1959 where Creel asserted that his home was under demonic influence, thereby ascertaining that Vecna or the beast of the Upside Down existed in the past as well.

Robin senses tension on Nancy’s part and clears out that nothing is going on between her and Steve, however, fans will get to see whether Nancy stays with Jonathan or picks Steve only in the upcoming season.

Max, Steve, and Dustin try to find out clues connected to Chrissy’s death, to prove Eddie’s innocence and also discover where it is the other dimension seizing hold of Hawkins once again.

As both Fred and Chrissy were seeing the counselor, they tried to uncover hints related to their deaths. As they read the symptoms both of them experienced, Max realized she had been encountering them as well.

At the same time, to keep the suspense amplified, she hears the chiming of a clock and notices a grandfather clock, the same which Fred and Chrissy saw before their death.

The already growing uncertainty between Mike and Eleven accelerates when Eleven feels mortified by her action and says that everyone treats her like a “monster.” She is arrested by the police but kidnapped by Owens.

Owens explains that the entire US Army is after Eleven and the creatures of the Upside-Down have once again begun to ravage the town.

Owens extends a helping hand to gain back her powers and fight the monster. It is unclear as to whether Owens is with the Army or has his own hidden motives behind the plan. However, Eleven is adamant about proving that she is not a bad person and accepts the offer.

The Monster and the Superhero was successful in maintaining the curiosity and thrill the creators have been building gradually.

Several questions are posed in each episode to keep the audience hooked to the screen. The death scenes are gore and may be triggering for some audiences.

The Duffer Brothers had made this season darker than ever and more mature. The question remains whether Max and Eleven will combat the adversity they will have to encounter with one of them escaping death and the other might be the very reason harboring it.

Also Read: A TRIBUTE TO SIDHU MOOSEWALA – THROUGH HIS MUSIC