The Chilling Adventures of Sabrina: 10 Things Only Comic Fans Would Know About Ambrose 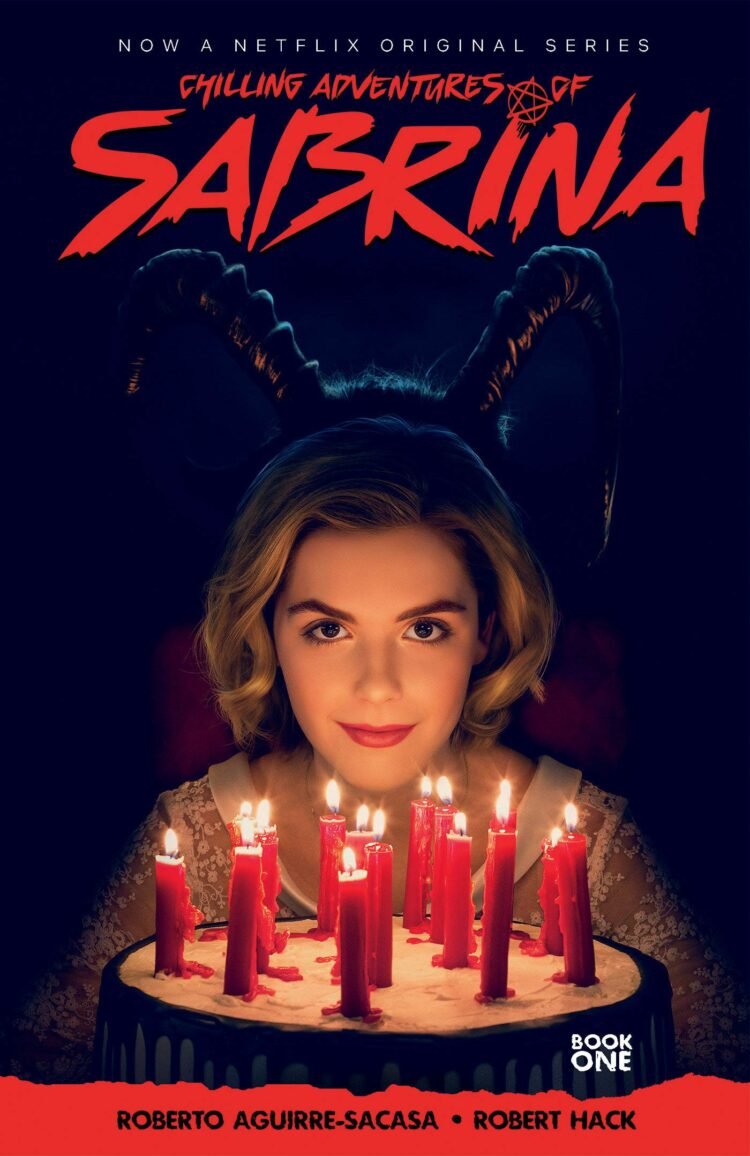 Cousin Ambrose is a rock n’ roll, house robe-wearing cool warlock who is also a fantastic confidante and advisor to his cousin Sabrina from Netflix’s The Chilling Adventures of Sabrina. He’s much older than he appears, is a real troublemaker, and has a rebellious past that includes blowing up the Vatican and other such things.

But he wasn’t always this cool necromancer ally to Sabrina in the comics. In actuality, he was a middle-aged moustachioed guy in some of his appearances, almost like a father figure to the adolescent witch. Even while the new pansexual warlock version of Ambrose is a fan favourite, there are still details about Ambrose’s past that only the comic readers of the franchise will know.

1. He Is Sabrina’s Cousin In All Appearances

In the Sabrina comics, Ambrose has been recreated multiple times, and oddly enough, he has always played Sabrina’s cousin. In truth, he is Sabrina’s first cousin in the 2013 animated series, who is a 15-year-old warlock-in-training who is terrified of ice giants.

Ambrose is much older and more socially uncomfortable in the 1970s comics than he is in the Netflix series, and he has a significantly different character profile from the calm, ice Ambrose. In the comics, Ambrose was largely portrayed as a parent figure, however, in the new show, Ambrose is a more compatible ally.

2. Ambrose Used To Have A Very Different Look

Readers of the 1970s Sabrina comics can’t help but be surprised by cousin Ambrose’s Netflix transformation, which is quite a departure. Ambrose in the 1970s was a stout, middle-aged man with a large moustache, much older than Sabrina. He was pretty old school and only unwillingly assisted her in her pursuits.

The vintage version of Ambrose, like the 2020 Ambrose, was fond of doing unpredictable experiments that frequently went badly.

3. He Introduced Sabrina To Her Broom

Sabrina’s broomstick is a big feature of the 1990s comics, and it was Ambrose who first showed Sabrina the broom she’d be getting in her dark baptism. When Ambrose and Sabrina are talking about her forthcoming baptism in Issue #3, he asks whether she knows what her aunts are getting her for a gift.

He then takes her to their embalming chamber, where he shows her the broom they kept concealed from Sabrina. As he delivers her the broom, he informs her, “Your aunts commissioned it from a shaman in Northern England, hand-carved from wood scavenged from the scaffolds in 1692,” possibly referencing Salem witches.

4. Ambrose Was Written To Be Droll

Ambrose’s character in the 1970s comics was socially aware and had a dry, sardonic sense of humour, which was considerably different from the style of comedy found in the television version. Because Ambrose is an adult in the comics, his vocabulary is significantly different, as is his relationship with Sabrina, Hilda, and Zelda.

Nothing could ever shock or affect Ambrose in the comics; for example, when the family relocates to be closer to a graveyard so they can have the occasional midnight feast of human meat and organs, Ambrose just cynically observes this weird cannibalism, which was extraordinary even by witchcraft standards.

5. The Netflix Version Of Ambrose Was Roberto Aguirre-Sacasa’s Creation

Chance Perdomo, who plays Ambrose on the popular Netflix series, describes his character as “a little bit of Captain Jack Sparrow, a little bit of David Bowie, a little bit of Jimi Hendrix, and a little bit of Loki from Thor miraculously rolled into one super-entity.” Fans of the comic book were confused by the transformation. Roberto Aguirre-Sacasa, the Chief Creative Head of Archie Comics, who also conceptualised Sabrina on the small screen, was the one who first conceived this version of cool cousin Ambrose.

And Perdomo was considered when writing this version of Ambrose. Perdomo reportedly auditioned for the role of Jughead in Riverdale and was rejected, but he was able to convince Aguirre-Sacasa so much that he penned Ambrose’s character.

6. Ambrose Has A Subtle Connection To Harry Potter’s Mythology

Ambrose is shown to have two cobra familiars, Nag and Nagaiana, in the 2014 comic book. He moves in with them into the Spellman household, but they are hardly mentioned on the show. Nagini, the female maledictions who can transform into a snake from the Harry Potter universe, might recognise them.

Both names are derived from Indian folklore traditions. Nag and Nagaiana were formerly human aristocrats who were tricked into becoming snakes by a wizard.

7. He Was Always A Fashion Icon

Although the 1970s Ambrose and even the 1990s Ambrose lacked the punk, carefree house robes, all iterations of cousin Ambrose were always incredibly fashionable. The adult version from the 1970s was also portrayed as a “debonair dresser,” who exclusively wore beautiful suits when out and about.

Ambrose wore cooler attire in the more recent versions, but it was largely designer or fashionable. He was created to be the embodiment of the cool, young look.

8. He Was A Traditionalist

This is a significant departure from the show’s Ambrose, who has counselled Sabrina to think for herself and make her own decisions on numerous occasions. He has often supported Sabrina in exploring her alternatives and understanding her fears about blindly following traditions because he is a rule-breaker himself.

Ambrose from the 1990s comic, on the other hand, was a throwback in this regard. Even though he was Sabrina’s confidante, he sought to persuade her of the importance of the rituals. Sabrina goes to Ambrose to express her fear of all the regulations, and he tries to persuade her that it’s just her cold feet before recommending her to go through with her dark baptism.

9. Nag And Nagaiana Hoped Ambrose Would Transform Them Back Into Humans

Nag and Nagaiana tell Salem, the cat, about their human origins in issue #6 of the 1990s comic books. They were cursed to be snaked by a wicked sorcerer who sought to conquer their country with their stepmother after being misled into fooling their father.

They exacted revenge on the sorcerer and the new queen after being transformed into snakes and were finally sold to Ambrose’s ancestor, who gave them to his nephew. The two cobra familiars stayed with Ambrose in the hopes that he would one day change them back into human shape, allowing them to return to their country. Ambrose, on the other hand, never told his familiars about his plans.

10. He Didn’t Always Believe In Necromancy

Interestingly, while the Netflix version of Ambrose is a skilled necromancer, he doesn’t believe in necromancy and considers it impossible in the 1990s comics. In issue #8, Ambrose doubts Sabrina’s decision to dress up to meet her boyfriend Harvey, who was murdered in an earlier issue.

He tries to persuade his cousin, “Harvey’s dead, Sabrina.” And when Sabrina tells him that she has brought Harvey back to life, Ambrose is perplexed. “Necromancy? Is this a Dark Resurrection? “How?” he wonders. And when he doesn’t get any answers from her, he summons the Eye of Providence.

Also Checkout: The 10 Netflix blockbusters That Had Viewers Hooked in 2021

Mithoon And His World Of Love And Songs