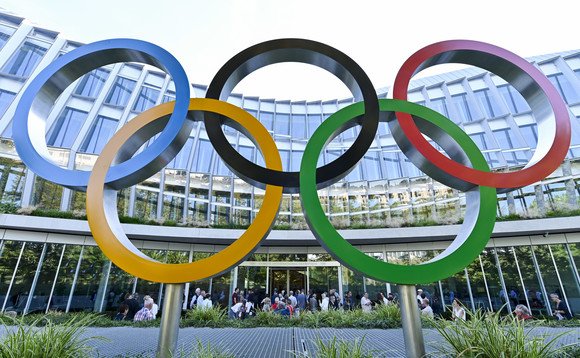 Christmas is around the corner and so is New year and with that our hope is getting higher. No doubt we had a roller coaster year and the genuine wish that we have now for Santa is a better New year. Hopefully.

It’s big news for athletes!!! The Olympic Games is slated for 23rd July 2021 and will end on August 8, 2021. The Olympics will be held in Tokyo. The Paralympic will begin from 24th July and end on 5th Sept

Deepika Padukone and Shahrukh Khan will be reunited again on the big screen. YRF film Pathan is scheduled to hit the theatres on Diwali 2021.  His speculated look from the film has already created a buzz amongst the fans.

It is no wonder that we all were anxiously waiting for season 5 of Money Heist. So here it comes! The fifth and final season of Money Heist will be on Netflix by 2021.

THE HEIST COMES TO AN END

Bell Bottom is an upcoming spy thriller film based on true events of the 1980s and directed by Ranjit M Tiwari. The film stars Akshay Kumar along with Vaani Kapoor, Lara Dutta and Huma Quraishi. The expected release date is April 2021.

Raksha Bandhan is another movie of Akshay Kumar that is scheduled in 2021. The film is directed by Anand L. Rai and written by Himanshu Sharma.

The 14th season of IPL is slated to commence in 2021. BCCI is yet to finalise the dates but The Indian Premium League will only be held after April 10. BCCI is likely to add Team 9 to the game.

The romantic couple Elle and Noah will be back again in the sequel of Kissing Booth and Kissing Booth 2.  The Romantic teen Comedy is all set to release in 2021.

It's official! The Kissing Booth 3 is coming in 2021. pic.twitter.com/e5O4iGofAQ

The book to Movie Adaption of the 2008 Man Booker prize Winning Book of the same name, The White Tiger starring Priyanka Chopra, Rajkummar Rao and Adarsh Gourav will hit the screen in January 2021.

The Expo will feature 192 countries, showcasing the best of the designs with Dubai investing over $8 billion on infrastructure. Tentatively Expo 2021 Dubai will start at the end of 2021 and continue into 2022 lasting for 6 months.

As the new term of the office begins on January 20, according to the US Constitution, the new US President and Vice President will take an oath of the office on the same date in 2021.

The eighth season of the Pro Kabaddi League that was supposed to happen around July and October this year has been postponed to 2021.

The most awaited reunion of the hit sitcom Friends is expected to release in 2021. Mathew Perry took to Twitter to announce this big news that the reunion will be held in March 2021.

Denis Villeneuve’s Dune, adaption of Frank Herbert 1965 classic novel of the same name is most talked-about film of the year. The two-volume film is expected to be released in 2021 with the cast of Timothée Chalamet, Rebecca Ferguson and Oscar Isaac.

Cryptic Message Decoded After 51 years: Why California’s ‘Zodiac Killer’ Murdered 37? Read on To Know Why…

Cryptic Message Decoded After 51 years: Why California’s ‘Zodiac Killer’ Murdered 37? Read on To Know Why…