7 Best “Chand” Songs That Bollywood Has Given Us

We've compiled the 'Chand Playlist', a list featuring all the Bollywood songs centered around the moon. 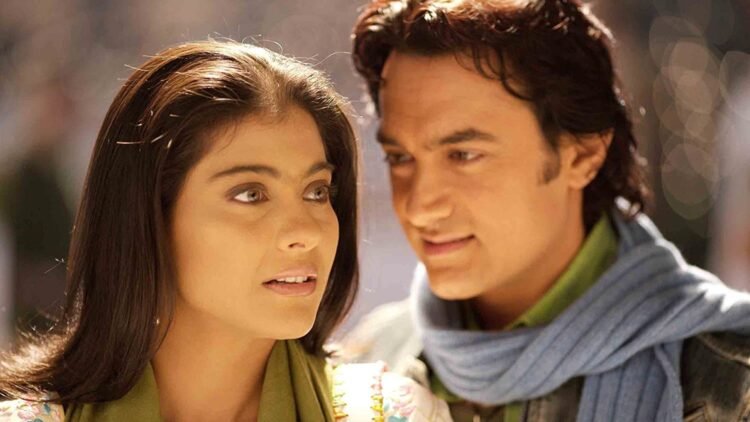 Songs have played a crucial role in the development of the Indian film industry. Without songs, Bollywood films appear to be incomplete. There have been countless films that have become legendary due to the songs that were featured in them.

Songs are also a terrific method to kick off the film’s promotional activities. The songs assist in attracting more people to the theatres, and in some cases, the songs have gained more popularity than the film itself.

Songs about countries, food, people, and patriotism have all been featured in Bollywood films. However, it appears that the Moon has captivated the majority of lyricists, singers, and music directors, as some of the best songs have been featured on this celestial object.

Today, we at BuzzPedia have compiled the ‘Chand Playlist’, a list featuring all the Bollywood songs centered around the moon. Let’s have a look.

The film Kala Bazar featured Dev Anand and Waheeda Rehman in the song, which was sung by the renowned Mohammed Rafi.

The melody transports you to a magical place where everything is lovely!

The song was a hit with mothers at the time, and it was featured in the film Aradhana, starring Sharmila Tagore. It’s a lovely song that we believe is frequently recalled.

Shaan sang the hit song from Fanaa, which was filmed with Aamir Khan and Kajol. This song will never get old to you because it is both lovely and catchy. Something you’d like to say to your partner.

The hit song from the film Kashmir Ki Kali, featuring Mohammad Rafi’s voice, was shot in the gorgeous settings of Kashmir and is still heard by people today.

In the film Hum Dil De Chuke Sanam, Udit Narayn and Alka Yagnik sang the hit song. The music, the mood, and, of course, the lyrics of the song make you feel loved and also serve as a reminder of your relationship.

Mohammad Rafi’s song from the film Yaadon Ki Baraat is a timeless romantic track. There are certain songs that you will never forget, and this is one of them.

When the wait is over, what happens next? This is a tune that you always sing. Still humming around in a relaxed manner or when anticipating something. It exudes a distinct vibe.

8 Most Expensive Homes Of India

8 Most Expensive Homes Of India