What happens when the creator of India’s sixth-biggest YouTube channel comes up with a web series of its own? Of course, it trends on #1. 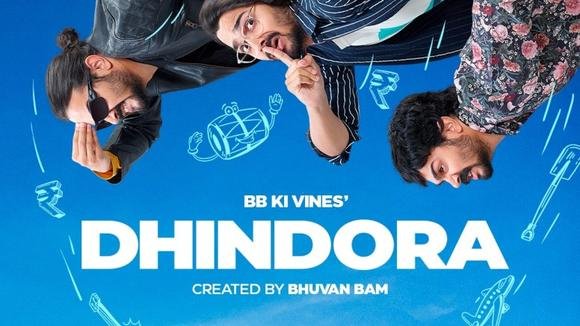 Bhuvan Bam is no new name to the Internet, he is India’s first YouTuber to have crossed the mark of 10 million subscribers on his channel. He is known for his sketches where he plays nearly 25+ characters. His comic timing is impeccable and he is loved immensely by the audience.

On Tuesday, October 5, his channel ‘BB Ki Vines’ dropped a trailer for his web series ‘Dhindora’, which is all set to start streaming from October 14, every Thursday on the channel.

It will feature 9 of BB’s most loved characters from the universe of BB Ki Vines. The trailer received great love and was trending #1 shortly after its release.

Marking his debut in acting, the YouTuber with over 20 million subscribers will be the first content creator to create a show with his own characters.

The eight-part series has been directed by Himank Gaur, created by Bhuvan Bam, and produced by Rohit Raj. The trailer also saw glimpses of Anup Soni, Rajesh Tailang, and Badri Chavan.

The plot of the series will revolve around the same middle-class family that features in various sketch videos on the channel. The official description reads, “Presenting BB Ki Vines’ first-ever web series ‘Dhindora’.

This one-of-a-kind series has comedy, entertainment, and drama. Bhuvan’s life turns upside down after Babloo wins a lottery.

Will the jackpot bring happiness or chaos in the lives of BB’s family? Join this roller coaster ride where we get to see the problems faced by a middle-class household.”

The poster of the series was shared by the Bahubali director SS Rajamouli on his Twitter handle with the caption that read, “Have heard that @bhuvan_bam is the first content creator from India to make a show with all the characters he has created on his channel.

Makes me so happy to see young talent bringing new ideas to audiences. Wishing him all the best for #Dhindora!!”

Have heard that @bhuvan_bam is the first content creator from India to make a show with all the characters he has created on his channel.

Makes me so happy to see young talent bringing new ideas for audiences. Wishing him all the best for #Dhindora !!@Rohitonweb @himankgaur pic.twitter.com/ncjyAfwrc3

The trailer has given us high hopes that the comedy-dramas series will be a pack of mixed emotions giving us all some great entertaining content. Here watch the trailer if you haven’t already:

15 Things You Didn’t Know About London

15 Facts You Did Not Know About Madrid

15 Facts You Did Not Know About Madrid