6 feminist social media influencer you should be following right away 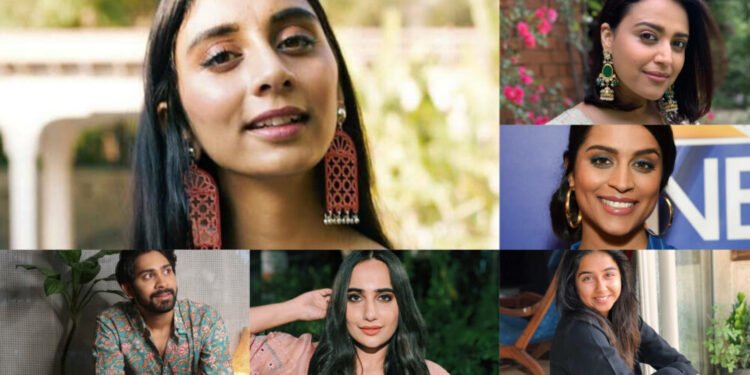 The expansion of social media over the past decade has given a boost to higher social reasoning, even though it’s often distorted by fake news and spiteful content too.

With the women’s movement in India gaining strength, the role of social media in adding acceleration to it is significant.

Today at TSA we present to you 6 social media influencers who have inspired women to rise above the stifling notions and judgments.

We had the pleasure of knowing some of their stories and have collected some of them for you to read and get inspired.

An architect turned influencer, meet Ankush Bahuguna, who is rewriting the norms of digital media. If you’re an Insta-addict, the odds are that you’ve been kept in splits with Ankush Bahuguna’s clever sketches, satirical videos, and relatable, everyday humor.

It won’t be wrong to say that the true masculinity is in appreciating feminists, as this man went on the platforms with his unbiased makeup skills and love for makeup.

To this, he also instils some great lifestyle content and hacks to his huge fan base across India and the globe.

Be it her role as Beanie in Bhaag Beanie Bhaag or her honest remarks on politics, Swara Bhaskar’s boldness is no more a surprise for us.

She has been vocal about politics, gender discrimination, the pay gap, and the territories where most Bollywood actors would prevent infiltrate. Her Delhi accent acts as a cherry on the top which esteems her feminist remarks.

She has gained massive popularity on the internet by making people laugh and even making them powerful with every laugh, she stands for body positivity and acknowledges, looking at people beyond their appearance.

Five years, over 800 videos, close to six million followers on YouTube, and millions of views on her videos That pretty much sums up the insane number of work MostlySane has done in the digital field.

Prajakta Koli has experimented with various content formats, her most current outing being her OTT acting debut with the Netflix series Mismatched. Where is she energetically campaigning for youth-centric problems like the body-image complex, online bullying, women’s issues, and more making a great impact on kids in school and colleges?

From actress, comedian, and YouTube sensation Lilly Singh (aka Superwoman) comes to the decisive mentor to being a BAWSE—a person who emits confidence, reaches goals, gets hurt efficiently, and smiles genuinely because they’ve battled through it all and made it out the other side.

Conscious of her social media presence and proficiency to reach millions of women, Lilly voiced her belief on the significance of eradicating antipathy amongst females in a youtube video to displace hatred with love and positivity, she initiated the #GirlLove challenge.

By watching and sharing this encouraging video by Superwoman, not only are you helping circulate an incredible message, but every buck made from the views of the video is invested to the Malala Fund, which helps girls from around the world attain an education.

It’s time to build women up and prove to the world that united females are indestructible.

Dolly Singh is probably one of the most vulnerable, funny, and honest influencers over the Internet, Having a tough childhood where she could barely afford toys, this queen has rocked the social media platforms with her humorous vines video and fashion trends.

She has established a new benchmark for all the women out there slamming all the misogynistic notions about women. She has talked a lot about body shaming.

Kudos to these influencers for alleviating their inhibitions, and going their own way! Needless to say, they have paved the path for more women to let go of their reluctances and motivated them to be who they want to be.

5 Renowned Bollywood Celebrities: Their Most Inspiring Rags to Riches Stories!

NSE outage and Top 6 crashes from the past

10 Reasons Why You Are Not Happy

10 Reasons Why You Are Not Happy