You're probably familiar with the plots of television and film romances, particularly romantic comedies: boy meets girl, girl falls in love with a boy... Even if the boy follows a tart for a bit, the boy will usually come to his senses and return to said girl, they're both happy, everything is forgiven, and the credits roll. That's the golden rule of movie romance, right? It has to work out! 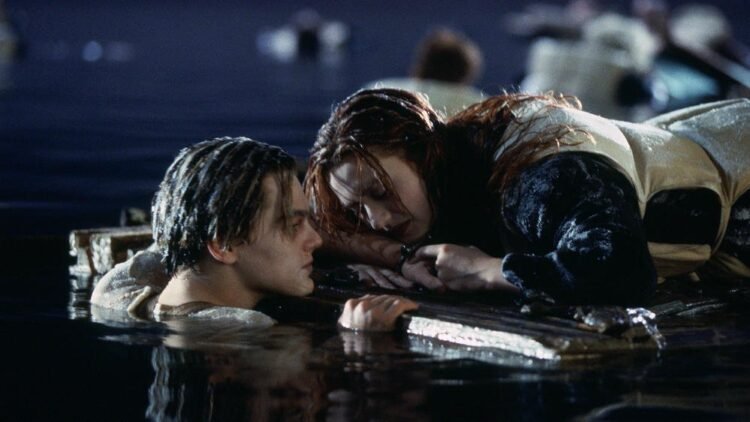 We’ve all recognized by now that love isn’t a fairytale and that the only movie-like setting life can throw at you is ugly crying while Adele or Arijit Singh sing in the background.

If the season of love has you yearning for the one who got away, we’ve compiled a list of some of the best on-screen couples that didn’t make it work, which should help soothe your wounds.

Even if it was only on screen, there’s no escaping the bittersweet taste of a legendary heartbreak, whether it was due to a flaw in their stars or simply fate. There were instances when we wished the characters would marry.

When Jackson took his life and left Ally and their dog Charlie waiting for him to return, Bradley Cooper and Lady Gaga carried us far away from the shallow and left us drowning in a pool of sorrow.

When this picture hit the big screens, everyone who felt marriage was the endgame was going to be worried about this so-called “happily ever after.”

2. Elio and Oliver – Call Me By Your Name

With ‘Call Me By Your Name,’ Timothee Chalamet and Armie Hammer gave us one of the hottest big-screen romances of all time, but they also brought us the biggest heartbreak.

After Elio receives a call from Oliver, viewers are left pulling their jaws up off the floor to learn that the love of his life is engaged to a woman.

By showing a stunned Elio crying alone and quietly by the fireplace, the writers trod on our fragile hearts.

With Nikkhil Advani’s ‘Kal Ho Naa Ho,’ we had our first taste of selfless love as Naina (Preity Zinta) fell madly in love with Aman (Shah Rukh Khan), who, with the best of intentions, encouraged her to find a happier forever with Rohit (Saif Ali Khan) as he slid away.

We were all robbed of a love that transcended realms, but we were blessed with one of the best friendships. If only that was all there was to it.

Jesse had only one person for whom he was willing to go to any length.

She died solely to make Walt’s life easier. He didn’t seem to mind that he was continually f*cking Jesse.”

It’s a superpower to be able to keep from crying during the final scene of Shefali Shah and Manav Kaul’s Ajeeb Daastan’s piece. You were rooting for them the entire time, hoping Natasha would be the one to save Kabir.

However, the fact that she decides to return to the toxicity despite one unspoken promise of improvement tells eloquently about the choices women are forced to make.

The film’s opening scene depicts two criminals leaving after successfully looting a bank. Misha, who is unrelated to the investigation, is slain in the process, leaving her husband, Raghav, seeking vengeance.

Before we could even appreciate their onscreen presence, this movie pair was wiped off.

Jack and Rose’s love story began when he physically saved her life when she was about to give up. They would have been the greatest couple in history.

But, of course, we don’t have all the explanations, do we?

8. Elle and Noah – The Kissing Booth

They were adorable together, but they needed time apart to get to know each other and grow into the individuals they were meant to be.

Elle and Noah would have formed a stunning pair with equally stunning children!