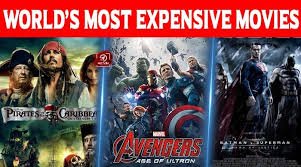 Share on FacebookShare on Twitter
Making a film is not a piece of cake! It includes the cost of production, constructions, props, arranging set and what not! It also involves the minor factors that one might neglect like the cost of travelling, staying, food, makeup and the list goes on.
Mostly the highest-grossing movies are the ones with the highest budget. The movies that you will notice here would be the ones you must have heard of before. So let’s frame a picture in your mind and take you on a journey where your life would be nothing but of a film-maker!
1) “Pirates of the Caribbean: On Stranger Tides”(2011) —> $376.5 million
Worldwide Gross: $1 billion
Production and marketing total: $400 million
Gross USA:$241,071,802
Cumulative Worldwide Gross:$1,045,713,802
According to Forbes as of 2014, British financial statements showed the movie cost $410.6 million and that too before a tax credit worth at least $34.1 million!
Surprisingly, Jhonny Depp made $55 million for the sequel! He told that he was overpaid for the “Pirates” franchise in Vanity Fair.
His exact statement was:
“If they’re going to pay me the stupid money right now, I’m going to take it, I have to. I mean, it’s not for me. Do you know what I mean? At this point, it’s for my kids.”
2)”Avengers: Endgame” (2019) –> more than $350 million
Worldwide gross: $2.8 billion
Production and marketing total: $150 million-$200 million
Gross USA:$858,373,000
Cumulative Worldwide Gross:$2,797,800,564
It even surpassed “Avatar” to become the highest-grossing movie in the world!
It was reported by the New York Times that the sequel did cost up to $350 million and well in April 2020 it was reported that its budget crossed higher than $365 million!
Isn’t this just crazy?
It featured more than 30 major characters and definitely left everyone in tears at the end!
The movie even received a nomination for Oscar and won another 68 awards and many more nominations!
3) “Avengers: Infinity War” (2018) –> more than $316 million
Worldwide gross: $2 billion
Production and marketing total: $150 million:$170 million
Gross USA:$678,815,482
Cumulative Worldwide Gross:$2,048,359,754
The cost of this movie as per the talk going around ranges between $300 and $400 million.
It rose from $300 million in April 2018 (according to The Wall Street Journal) to $325 million in April 2019!
The movie did not only make it under the highest-grossing movie of 2018 but also the fifth highest-grossing movie of all time. This is definitely not hard to believe as we have unlimited marvel fans all over the world.
Also, this movie was filmed side by side with End Game having some scenes in the latter, which also helped these movies in crossing all the charts!
4) “Pirates of the Caribbean: At World’s End” (2007) –> $300 million
Worldwide gross: $961 million
Production and marketing total: N/A
Gross USA:$309,420,425
Cumulative Worldwide Gross:$960,996,492
This movie was revealed in 2007 and as per reported by The Wall Street Journal, it was the first movie that cost more than $300 million for its making!
It was the highest-grossing movie in the world with over $1 billion at the box office and was debuted after “Pirates” film, “Dead Man’s Chest”.
“At World’s End” was also the highest-grossing movie of 2007. Some scenes of this movie were itself filmed in production of “Dead Man’s Chest” for the locations to not be visited twice.
It was nominated for 2 Oscars and won around 60 awards and many more nominations!
5) “Tangled” (2010)–>$260 million
Worldwide gross: $592.5 million
Production and marketing total: more than $100 million
Gross USA:$200,821,936
Cumulative Worldwide Gross:$592,461,959
Let’s take a step back from all those superhero movies and jump to Disney!
Tangled was the most expensive 3D movie ever made by Disney.
It was the third highest-grossing film of 2010 after “Toy Story 3” and “Shrek Forever After “. The reason for this its cost was the blend of traditional hand-drawn animation from older films like “Beauty And The Beast”, thus one of the classics of 21st century.
The Rapunzel’s hair was a not so easy job.
In an interview with Glen Keane, animator of this movie revealed that the software to create Rapunzel’s hair began in 2005 itself! An entire team was in charge of Rapunzel’s hair. This movie was also nominated for oscar.
So that was the list guys, let us know how much shocked are you to read about all these movies. Also, keep checking our entertainment section for more such content.

Where stories are stars: Low budget bollywood movies making it to blockbuster hits.

10 Hilarious Book Dedications That You Might Not Just Gloss Over 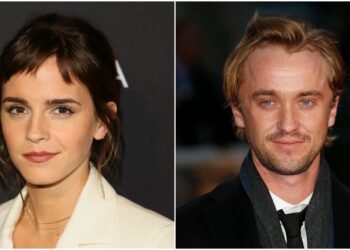