10 Horror Films That Are Based On True Events

Horror films are terrifying enough on their own, but stories based on true events are far scarier. Let's make you familiar with some of such films. 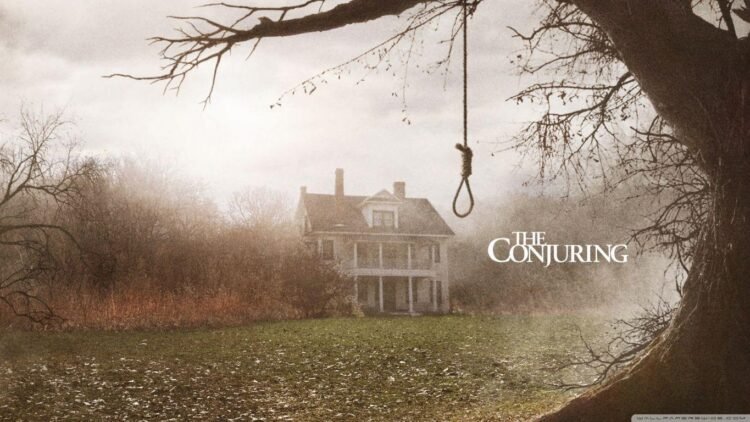 Do you know that person in the theatre who shrieks and jumps incessantly before anything even vaguely frightening appears on screen? Hello, it’s me. Within the first five minutes, you’ll find me curled up in my seat, my hands covering my eyes. I’d like to believe that my reluctance to watch scary movies is due to an overactive imagination rather than a fear of them.

Because here’s the deal: I don’t just watch a movie; I imagine myself in it, right alongside the characters. So I’m screaming in the corner with Wendy when Jack Torrance pokes his head through the door and says, “Heeeeere’s Johnny.”

In some circumstances, the terrible events depicted in a horror film are based on true events. Of course, this is Hollywood, and Hollywood loves to exaggerate when it comes to cinematography, but some of the terrifying stories below are true. There’s something spooky for everyone, from hauntings to exorcisms to possessed dolls.

There’s no disputing that the films will send shivers down people’s spines, whether they’re play-by-play recollections or feature nuggets inspired by real-life awful incidents. Many great horror films are based on true stories, and many of them are fan favorites.

Audiences are always more terrified when they realize that the horror film they just saw was based on true occurrences rather than complete creative fiction from behind the scenes, and all of these films meet that criteria. Whether it’s fiction based on the work of real-life demonologists Ed and Lorraine Warren or a film about a prominent serial killer like Jeffrey Dahmer or Ted Bundy, audiences sometimes have prior knowledge of the mythos. However, sometimes moviegoers are astonished to find the genuine facts behind a Hollywood film, such as The Strangers’ house invasion.

Helen Mirren plays a widow of a firearm maker who believes she is being visited by the ghosts of victims killed by her husband’s company’s firearms. The mansion she resides in is based on a genuine site called the Winchester Mystery House, which the real-life woman who plays Mirren spent 38 years building and refurbishing while living there.

A tour guide told Vanity Fair that Ms. Winchester would hold séances at night and then provide fresh building blueprints to her foreman in the morning, according to legend.

Ed Gein is also said to have influenced The Texas ChainSaw Massacre and its adaptation. The films revolve around a group of friends who come into contact with the cannibal Leatherface. A room filled with furniture made from human bones is seen in the original film, a tribute to Gein’s abode.

The Academy Award-winning picture follows an FBI cadet who enlists the help of a cannibal/serial killer to track down Buffalo Bill, a serial killer who skins his victims. Bill was inspired in part by serial killer Ted Bundy, who, like Bill, wore a phony

cast, according to FBI special agent John Douglas, who assisted on the film.

With the whole skinning idea, Ed Gein is also thought to be an inspiration. According to Rolling Stone, 1980s assassin Gary Heidnik was a model for Buffalo Bill, who held his victims in a basement pit.

In this film, a man goes on a search for his sister, who has joined an isolated religious commune where, yes, awful things happen. It was inspired by the Jonestown Massacre of 1978, in which cult leader Jim Jones led 909 of his followers in a cyanide-assisted “murder-suicide ceremony.”

Another film is based on the true tragedy of Sylvia Likens, a 16-year-old girl who was abused and murdered by her caregiver and other youngsters in the area. According to the Indianapolis Star, the cause of death was judged to be “brain inflammation, internal hemorrhaging of the brain, and shock precipitated by Sylvia’s substantial skin damage.”

In this box-office sensation, two priests attempt to exorcise a demon from a little girl. The film was inspired by a 1949 Washington Post article titled “Priest Frees Mt. Rainier Boy Reportedly Held in Devil’s Grip.” Time Out London spoke with director William Friedkin about the article: “Maybe one day they’ll discover the cause of what happened to that young man, but back then, it was only curable by an exorcism. His family wasn’t even Catholics, they were Lutheran. They started with doctors and then psychiatrists and then psychologists and then they went to their minister, who couldn’t help them. And they wound up with the Catholic church. The Washington Post article says that the boy was possessed and exorcised. That’s pretty out on a limb for a national newspaper to put on its front page….You’re not going to see that on the front page of an intelligent newspaper unless there’s something there.”

Patrick Wilson and Vera Farmiga feature ghost hunters who assist a family living in a haunted 18th-century home. The hunters, Ed and Lorraine Warren, as well as the Perron family they save, are actual people. Lorraine worked as a consultant on the film and claims that many of the supernatural horrors described in the film occurred, while Andrea Perron, one of the daughters depicted in the film, claims that the savagery depicted in the film is based on true events.

She recalled an angry spirit named Bathsheba to USA Today: “Whoever the spirit was, she perceived herself to be mistress of the house and she resented the competition my mother posed for that position.”

The key Alfred Hitchcock picture follows a lady who embezzled money from her employer and flees to a strange hotel, where she is murdered (spoiler alert) by Norman Bates, the property’s proprietor. Bates is supposed to be based on Ed Gein, a Wisconsin man convicted of one murder but suspected of others in the 1950s. He was also a grave robber, and officials discovered several unsettling items in his home, including bowls constructed from human skulls and a lampshade made from someone’s facial skin.

Jeremy Irons plays twin gynecologists who do messed-up things to their victims in David Cronenberg’s film. Cronenberg based the film on the novel Twins by Bari Wood and Jack Geasland, which was based on the lives of twin gynecologists Stewart and Cyril Marcus. The Marcuses enjoyed “trading places to trick their patients,” according to the New York Times, and they eventually “retreat(ed) into heavy drug use and utter isolation.

The 10 Best Boxing Movies of All Time