Top 10 Horror Films Where Nobody Dies

This is understandable, given that horror films are heavily involved in pushing audiences to confront the shadow of death and everything that it involves. These are the top 10 Horror Films Where Nobody Dies 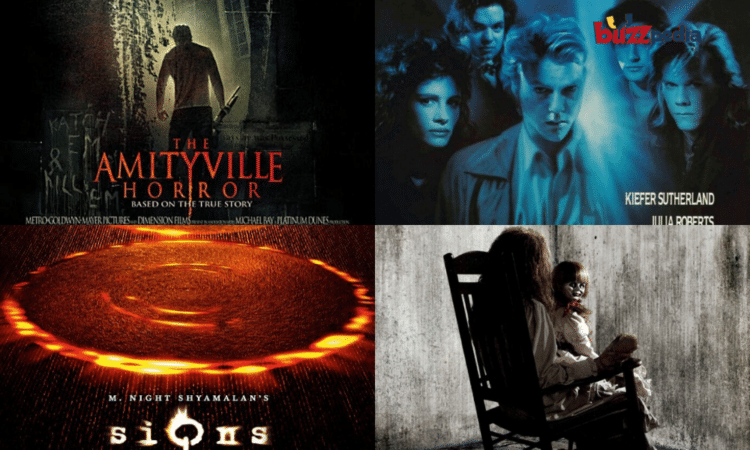 Even though no one dies in these films, they are terrifying. Horror films, more than any other genre, are notorious for having a high body count. There are, however, a few horror films that avoid the common practice of killing off a large number of people. In this article, we are going to discuss some horror films where nobody dies.

When the big set pieces of blood and guts are removed from a horror film, it has to work much harder to stay compelling, yet it frequently results in some of the genre’s most stunning feats of filmmaking. Without a corpse count, horror may focus on developing mood and tone in unexpected ways, resulting in a unique experience that lasts far longer than a mere disemboweling.

We have curated a list of top 10 horror films where nobody dies below. We can assure you that none of the titles we’ve mentioned include any slayings, murders, killings, beheadings, or individuals just dying. Surprisingly, these films are still very terrifying.

Check out our list of top 10 horror films where nobody dies:

The Amityville Horror is a haunted home film that has become associated with the genre. While certain aspects of the 1979 picture haven’t aged well — some of the languages may be clunky — it still works because the characters take the situation extremely seriously.

As a consequence, The Amityville Horror conveys the creeping dread that grips the protagonist as they understand how much they’ve taken on by moving into this specific house, with all of its ghostly past. Surprisingly, no one dies over the course of the film.

The Babadook is easily one of the finest horror films of this generation, managing to elicit terror without ever introducing a single character, instead of focusing on a jet-black tone and a stunningly creative monster based on a children’s pop-up book.

The title character Mr. Babadook is a shadowy figure bent on pitting grieving single mother Amelia against her young son Samuel, exploiting the family’s shattered relationship by instilling dread and anger in the two as they try to flee his clutches.

Poltergeist is largely considered one of the finest horror films of the 1980s, and it is one of several that include a mansion constructed on the site of a former graveyard. In this instance, mysterious phenomena frighten the primary family in their seemingly peaceful suburban house.

Poltergeist is a film that, despite being parodied and ridiculed several times over the years, retains its capacity to freeze the blood, conjuring the idea that even one’s house, allegedly the safest place in the world, maybe the site of terror. Despite the film’s foreboding tone, no one dies during the course of the story.

Freaks has a cult following among horror fans, and with good reason. It takes place in a traveling “freak show,” as the title indicates, but it soon becomes evident that the genuinely terrible beings are the “regular” people.

The film is remarkable for a variety of reasons, including the fact that it features people who were once part of sideshows and had impairments. While no one is killed, a number of people are severely punished for their wickedness.

The Blair Witch Project is well-known for being one of the most popular found-footage horror films, and its success has spawned a slew of imitators. It rapidly immerses the audience in its own dark universe, in which a crew of amateur documentarians set out to learn more about the Blair Witch, thanks to its emphasis on “realism.”

What is most striking about the film, as terrifying and unnerving as it is, is that no one actually dies throughout it, as far as the audience is aware.

After The Sixth Sense, M. Night Shyamalan became known for his twist endings. In the case of Signs, the eventual reveal is that the nasty aliens that serve as the film’s principal adversaries are scared of water.

As is customary for the filmmaker, he infuses the film with a foreboding feeling of dread, leaving the audience on the edge of their seats, wondering what will happen next. Surprisingly everyone lives.

Nicole Kidman has starred in a number of noteworthy films, including The Others. On the surface, it appears to be about a woman and her children being terrified by a gang of ghosts; nevertheless, it turns out that the ghosts are the mother and her children.

It’s an evocative film that transports the audience into the tormented minds of its protagonists. The ending twist is one of the greatest in a horror film, forcing the audience to reconsider what they’ve just seen and heard.

The 1990s were a remarkable decade for horror films, with some of them posing larger themes about human nature and the afterlife experience. The premise of Flatliners centers around a group of scientists who drive themselves to the brink of death before resurrecting. Unfortunately, they quickly discover that this recurrent procedure comes with a cost.

Despite the film’s death-themed concept, all of the characters make it out alive, albeit none of them are completely undamaged.

David Lynch is one of Hollywood’s most well-known directors, having directed a number of notable films. Eraserhead is one of them, and it’s a difficult picture to explain since it prioritizes sound and visual images above a comprehensible tale.

Eraserhead explores many of the themes that Lynch would later explore in other films, and despite the fact that no one really dies in the picture, it retains its frightening impact.

Another film franchise that has had a lot of popularity is The Conjuring. A family is plagued by otherworldly forces that refuse to leave them alone in the first film. Despite the fact that no one dies throughout the course of the film, it manages to terrify the audience.

This is due in great part to the film’s pared-down setting and Patrick Wilson and Vera Farmiga’s compelling performances, which allow the audience to empathize with their situation.

These horror films, as bizarre as they may seem, redirect the fear of death onto other parts, yet they are just as frightening as those that showcase death more clearly. The Top 10 horror films where nobody dies are mentioned above.

10 Best Movies Of Will Smith That Are Loved By Everyone

10 Best Movies Of Will Smith That Are Loved By Everyone