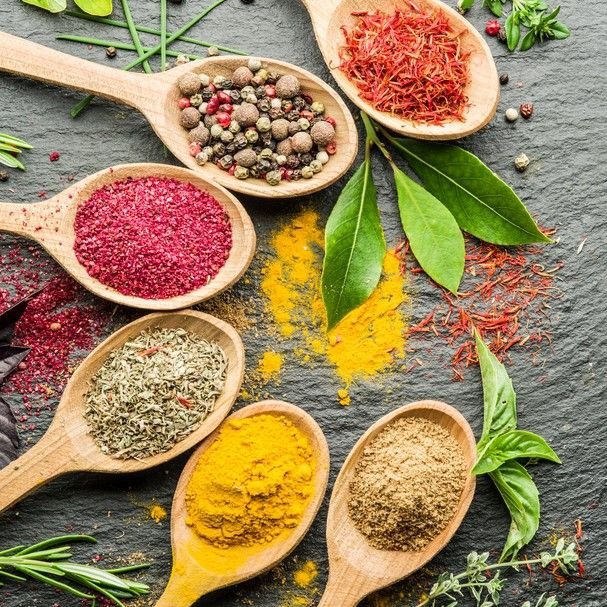 From ancient times Indian herbs are famous for its magical properties. In India, every Indian kitchen constitutes ingredients which have its own remedies/nuskha for minor illnesses.

Recently, the Medical School of Oxford University discovered that honey could be used in the treatment of the common cold. Researchers from the university also found out that honey is more beneficial and cheaper than usual treatment for the improvement of symptoms of upper respiratory tract infections (URTI). They consider it a widely available alternative to antibiotics.

Honey is not the only thing that has been discovered by the west. Here are 5 other Indian staples to look into:

A jar of ghee can be easily found on the shelf of the kitchen in almost every house in India. We all grown up eating melted ghee mixed with Rice and salt.

Ghee has become a global sensation in recent years, trending as a “superfood” and preferred by those who follow the “keto diet.” Ghee is rich in Butyric acid, Vitamin E, and antioxidants. It is used as a good alternative for butter, and because it is gluten-free, it is consumed widely both in East and West.

Other than eating, Ghee is also applied topically to relieve wounds, moisturize the skin, and avoid early ageing.

With multiple health benefits, Coconut and coconut oil, in particular, gained popularity not only in India but also in the west. Coconut oil contains fatty acids that may have beneficial health effects, such as improving weight loss, boosting cardiac health, and brain activity. In a survey, 72% of Americans rated coconut oil as a healthy ingredient.

Coconut oil is famously used in the southern part of India, especially in Kerala and Goa in almost every meal. Till 1980, Kerala was the largest producer of coconut oil.

Apart from cooking, Coconut oil is used for nourishing hair and skin and also to treat acne and skin eczema.

Turmeric is widely known for its versatile properties. It is an Indian spice that is commonly used to give mustard colour to the curry. This spice is full of health benefits with medicinal properties. Turmeric contains curcumin; it is a main active ingredient. Curcumin has powerful anti-inflammatory effects and is a powerful antioxidant.

In 1995, two professors of Indian descent, Suman Das and Hari Har P. of the University of Mississippi Medical Center reported that they had researched and discovered the benefits of turmeric for wound healing. Even they secured a patent for the research. The Council of Science and Industrial Research, India, challenged the same issue in 1997 and, after a lawsuit, the patent was withdrawn.

The medicinal effects of ‘Curcumin’ were highlighted in another report published in 2012 by the University of Texas. Returning the ‘super-food’ to the limelight. The research indicates that it has demonstrated positive effects in minimizing inflammation, cardiovascular risk, diabetes, and several more despite comprehensive clinical trials.

The ubiquitous Neem tree is a tree that is held for many medicinal properties. In summers, Indian mothers always advice to bathe with Neem water, as it is full of antibacterial properties.

U.S. scientists have discovered that Neem tree has more than one curative properties. The researchers are busy exploring the many benefits of neem, a botanical relative of mahogany, named “the most exciting of all herbs” by the Washington-based National Research Council ( NRC). “A recent NRC study says:” This plant will usher in an entirely new era in the control of pests, provide affordable antibiotics to millions and even reduce the extreme temperature of an overheated globe.

Honey contains many health benefits; it is a sweet-thick liquid gel made by the honeybees.

Honey can be taken with warm ginger water to help in treating cough and sore throat. It is sometimes used as a supplement for sugar, filled with antioxidants and anti-inflammatory agents.

Apart from medicinal properties, it has many skin benefits. It is commonly used for pore tightening, treating blackheads and whiteheads, and also moisturizes the skin.

In an Indian kitchen above staples can be found very easily, they have been part of Indian foods and traditional medicines for centuries. But after knowing its global health benefits, the west has turned its focus on Indian herbs and spices. Now, more than 40% of western people use herbal medicines for treating various diseases.

Also read, The Grim Celebration Of Festivals In This Pandemic Of 2020