Movies To Watch On A Rainy Day

If you are wondering what to watch this monsoon season, Buzzpedia has got you covered. Below are the movies you should definitely watch on a rainy day! 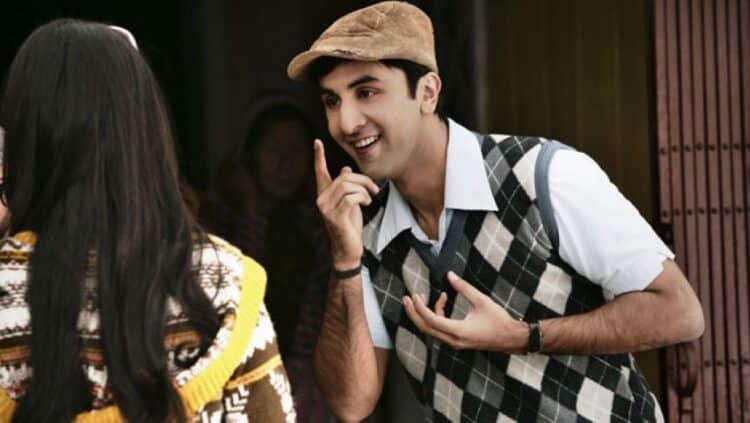 Monsoon has arrived and with it the comfy vibes of watching the rain as you sit near your window with a warm cup of coffee or some pakodhas to enjoy. What makes it even more entertaining is a good movie to watch while nature showers its beauty upon us.

Some of the movies have blended rainy days into their story with a beautiful effect making it a memorable part of their film.

Surely, their entire plot is not based on monsoon, but it is the vibe around it that makes it a perfect watch with a downpour view.

To help you decide what to watch during the Monsoon period, here is a diverse list of movies to watch on a rainy day-

Beginning the list with the classic film that almost matched the high expectations people had with Jane Austen’s most famous novel, Pride and Prejudice has some of the most beautiful scenes between Darcy and Elizabeth in the rain.

Showing the intense chemistry shared between the two, the enemies-to-lovers trope is still one of our favorites.

To make it even better, Keira Knightley and Matthew Macfayden’s extraordinary performance in a countryside setting made it even more amazing.

Moving one of the most underappreciated movies in Bollywood, Life in a Metro was severely neglected by the audience even after it had a refreshing plot.

Revolving around the life of 12 people in Mumbai whose fate eventually gets interconnected- Life in a Metro is a portrayal of people who forget the journey due to their extreme focus on the destination where they forget to enjoy the little moments of life.

Another brainchild of Director Anurag Basu, Barfi was one of the most popular films of the early 2010s.

Set around the life of three people, Barfi Johnson, a deaf and mute guy, Jhilmil, an autistic girl, and Shruti, an educated and beautiful young woman.

The movie shows how their lives become weaved and the adventures of Barfi Johnson as he often gets into trouble, being chased by the local officer.

Barfi was acclaimed for its portrayal of physically disabled people with praises for Ranbir Kapoor and Priyanka Chopra’s roles.

4. Singing in the Rain

Going back in time to the 1950s, Singing in the Rain is a musical romantic drama focused on the life of actors and their journey of going from silent films to talkies.

Based on true events that occurred with the transition in Hollywood, this movie follows the story of Don and Lina, actors who are often cast together as romantic couples, but when Lina can’t sing for the new talkies film, a young actor is hired in her place.

Filled with dances and musical themes, Singing in the Rain is a light-hearted film making it a perfect watch for rainy days.

Bringing some of the magic from Studio Ghibli, My Neighbour Totoro is a story of two young sisters, Satsuki and Mei, the daughters of a Professor who shifts to a new house as their mother is admitted to the hospital.

They befriend a rabbit-like creature named Totoro who is a spirit. The film is set in post-war Japan teaching the importance of patience in one’s life.

A fantasy comedy following the life of a cynical television weatherman Phil, the film is set around the festival of Groundhog Dog in Pennsylvania on February 2nd where he finds himself stuck in a time loop and going through the festival again and again.

The movie shows how life is a repetition of the same pattern and choosing goodness is the only way to get over the painful parts.

One of the most beautiful films from the early 2000s in Bollywood, RHTDM was not a hit at the time of its release but eventually became a cult classic as people realized the potential it carried as a romantic drama.

Also Read: 7 Shows We Absolutely Loved And Recommended To Everyone