After escaping from Clandestine's attack to help them, Kamala Khan contacts her grandmother. Seeing Red finally reveals Sana as she retells the story of her past to the contemporary superhero. 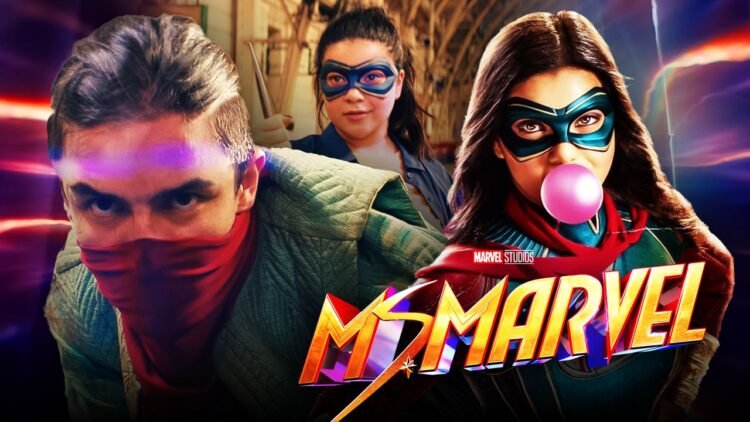 After the startling events of the last episode, where ClanDestine attacks Kamala headed by Najma, Kamala and her mother are planning their trip to Karachi to meet her maternal grandmother, Sana.

Played by a very prominent Pakistani actress Samina Ahmad, who you might have seen in Suno Chanda or Mere Humsafar, Sana retells the story of the powerful Bangle.

The prior episodes hinted at a link between the bangle with her great-grandmother Aisha. Sana tells that when she was just a baby the bangle saved her life during the brutal partition that left thousands of people dead on both sides.

Sana’s room is crammed with paintings and other fascinating items. She shows Kamala a picture of Aisha and along with it of Hasan Nana, her grandfather who is rumored to be portrayed by Fawad Khan.

Fans have already noticed that the painting is shown in the series clearly depicts Khan as Hasan Nana. However, he does not appear in this episode and his role in the upcoming ones is still a mystery.

Najma and her team are planning an escape from the prison. However, they leave Kamran behind due to his allegiance to Kamala. It is quite clear that Kamran is held back as the writer may drop him in a thrilling scene to save Kamala in the upcoming episodes.

Anyway, much to Kamala’s surprise, her Nani is not worried about her powers or connections with the Djinn. She says that it is a part of her genetics and talks very casually about it.

As Kamala and her mother tour the streets of Karachi, she is chased by a man wearing a red bandanna.

When the two have a direct confrontation, this guy, Kareem, senses her power or Noor and takes her to the Red Daggers’ hideout.

There she meets Waleed. Farhan Akhtar as Waleed is another pleasant surprise for the desi fans. Waleed explains how Najma is striving to open a portal between the Noor Dimension and their own world and the dangerous consequences of it.

The episode directed by Sharmeen Obaid-Chinoy is wonderfully crafted with an authentic representation of the culture of Pakistan and the alleys of Karachi. However, the fight scenes are somewhat prolonged and they have a counter effect on the thrill of such scenes.

The generational trauma connected with the India-Pakistan partition is shown in more than one way.

While Sana has encompassed herself in the memories of the past, her daughter, Kamala’s mother, moved to America as she believed moving on and progressing was necessary for life.

Their strained relationship is highlighted as the two talk about the growing differences.

Kamala’s Nani painfully conveys the harrowing past and the influence it had on the lives of the people. At one point, she says, “My passport is Pakistani and my roots are Indian. And in between is a border, built with blood and pain. People are claiming their identity based on an idea some old Englishmen had.”

Writer Bisha K. Ali has wonderfully dealt with a sensitive subject. Towards the end, as Kamala is being trained by the Red Daggers to enhance the use of her powers, Najma and her gang return to attack her.

During the fight, she strikes and creates a hole in Kamala’s bangle which transports her to 1947 during the period of Partition.

The sequences from the Partition are one of the most important features of the episode as the Director told that she took hundreds of photographs of that time to create an original and authentic picture of the time.

With only two episodes left to wrap up the series, several questions are still left swirling in the minds of the fans.

Nevertheless, Ms. Marvel has been successful in winning the hearts of their fans from around the world and crafting a story that conveys more than just a superhero’s life.