We've compiled a collection of Nikhil D'Souza's songs that we truly adore. The underappreciated musician has sung a wide selection of songs during his distinguished career. 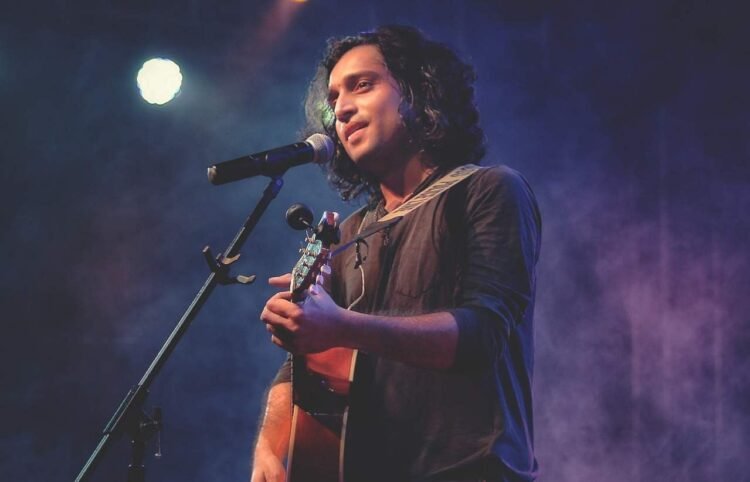 It was easy to fall in love with Nikhil D’Souza‘s music, as it is with most good singer-songwriters.

His musical sensibilities are exquisite, to say the least, whether it’s his original compositions like Changes or Stop Staring at his shows, his rendition of Nina Simone’s Feeling Good, or even Bollywood tunes like Sham (from Aisha) that you can’t stop humming.

We’ve always been intrigued about his influences, having followed him from his early days as a lyricist to the performer he is now.

So, here’s a list of our favorite Nikhil D’souza tracks-

We are not sure how this captivating track got diverted. But, certainly, this one is deserving of another opportunity.

It reminds you of all the good times you’ve had in your life. Nikhil D’souza is the only one who can bring out genuine emotions and nail a replayed version of the song.

This is a passionate tune that has the ability to crush your heart every time you hear it. Listening to this music will make you fall in love with Nikhil D’souza’s voice all over again.

People is one of the least well-known songs ever recorded. The song has a lot of emotional appeals, and Nikhil D’Souza nails the notes.

This was a tough composition in comparison to his other tracks, and if you’re a fan of Nikhil D’Souza, you should listen to it.

One of the lesser-known love ballads is Bas Main Aur Tu. The song has a cheerful and romantic tone to it.

Despite the difficult musical arrangements, Nikhil has crooned it very well, giving the song a nostalgic feel. If you’re a fan of Nikhil, you’ll want to put this one on your list.

This song is one of Nikhil’s most stunning performances. He rarely swings at a high pitch, but he nails it on this track.

Although this is not his solo track, it is impossible to overlook his influence on this song.

Sham’s calming music and, of course, Nikhil D’Souza’s enchanting voice have the potential to soothe even the most disturbed of hearts.

It’s one of the most lovely songs on which the artist has recorded.

Although Jannatein Kahan did not become a popular Nikhil D’Souza song, it deserved to be among his top list.

If you enjoy this song, you’ve discovered heaven amid the chaos. This is a one-of-a-kind number for Nikhil.

Nikhil D’Souza performed the lovely song Sang Hoon Tere, which may not have been heard by many. You should listen to it right now if you haven’t already.

We promise you that this song is so unique that it is well worth your time.

Crook was a critically panned film that flopped at the box office. We’re quite sure the crowd didn’t even get a chance to hear the film’s soundtrack.

To your surprise, there was a lovely song crooned by Nikhil in the album Mere Bina. This one is a total joy thanks to the singer’s sweet vocals.

Also Checkout: 10 Most Underappreciated Bollywood Albums Of All Time

10 Best Songs Of All Time, Ranked by The Fans And Critics.