14 Pakistani Music Artists Everyone Needs To Know About

Divided by borders but united by music. 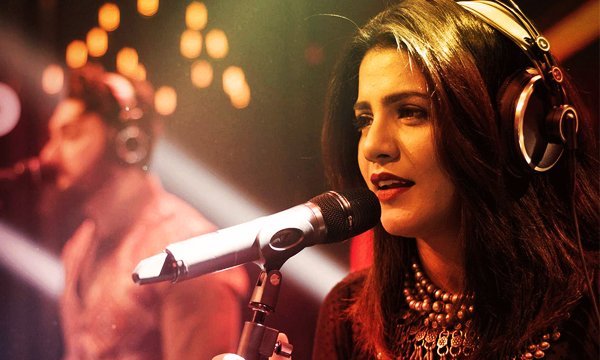 The indie music scene in Pakistan is growing, with new and veteran musicians from all around the country making music that you’ll want to listen to again and over again.

She began writing songs at the age of 17, and her first single, ‘A today is a Place,’ produced by Sarmad Ghafoorat, was published at the age of 22.

Natasha’s vocals are rich with tinges of jazz and Broadway-style soul, with influences ranging from the golden era of Pakistani and Indian movies to American folk to grunge and rock ‘n’ roll.

If you haven’t already, you should listen to Talha Anjum and Tallah Yunus, a hip-hop rap combo. Some of their songs that you must hear include Rooh, Muntazir, You Matter, Afsanay, Gumaan, and more.

Adeel Tahir is a Pakistani musician, sound designer, and bass music producer residing in Vancouver, Canada, who records and releases music under the alias ‘Eridu.’

His work is tight, rich with glitch, dub components, and propelled by some wonderful beats, as he describes himself as someone who appreciates “melodies and grooves with large twisty, turny, wobbly noises.”

Check out his most recent release and let the music speak for itself.

His voice and melody are deserving of all praise. His songs are like a beautiful combination of languages, and he always nails them all.

With her debut cover of Reshma Akhiyan nu rehn de, Quratulain Balouch grabbed the music business by storm. On YouTube, the song has over two million views.

Her fame soared after she sang the title song for the Pakistani drama Humsafar, which starred Fawad Khan and Mahira Khan. Her powerful voice can cut right through your soul.

You may have heard him in “Thodi Der,” but did you know he also has his own version called “Tu Thori Dair?” Which you’ll adore and can’t get enough of.

Few musicians are dedicated to the great cause of left-of-field electronic music as Tollcrane alias Talha Asim Wynne, who is based in Karachi.

Wynne learned a lot of his skills through music production lessons on the internet, so the Youtube ban in Pakistan was a major setback.

He’s survived through a combination of intuition and an innate desire to tread on the fringes, influenced by performers ranging from John Coltrane to Actress.

Kaavish has the ability to calm even the most agitated souls. Their music is so calm and profound that it’s impossible not to be mesmerized by it.

Uzair Jaswal is a well-known Coke Studio Pakistan vocalist, as everyone who has listened to the show knows.

But you might not know that he made his Bollywood debut with the song Tere Bin in Sunny Leone’s Ek Paheli Leela. He wrote this song when he was only 18 years old and it became viral on the internet.

He first caught my attention in Coke Studio’s Mujhse Peheli si Mohabbat and Bewajah, and I’ve been a fan of his voice ever since.

I can’t help but tell everyone to listen to him now that I’ve learned more about his songs.

The singer-songwriter and co-director of the Lahore Music Meet, which marked its fifth year in February, released her first album Munaasib on Spotify in 2018 and was recently selected as one of ten artists for Germany’s Goethe Talents Program.

From her debut album, Apocolypse How?, the artist recently released a song video (above). She sings the mournful neo-soul/indie rock tune against a backdrop of Lahore’s sunset in the video.

Is there any note in the universe that his voice, literally his voice, can’t hit perfectly? His performance in Coke Studio, in particular, has garnered him more fans than before.

Check out his songs Ranjha, Roya Re, Mera Man, and others. Also, he’s done several covers, which you should certainly check out because you’ll enjoy them.

The Sketches, from Jamshoro, Sindh, released their third album, Saanjhi, in December 2019.

The Sufi folk-rock band recently performed at the Lahooti Melo Festival in Sindh, with lyrics written in Sindhi and Saraiki.

Their music, particularly their lyrics, is excellent.

Listening to them would be like receiving a warm hug at the end of a long day, or a cup of tea after a long day, capable of both calming your soul and igniting a fire in your heart.