Thriller is a genre that keeps you hooked to the screen. But with so many options available one tends to get confused. Worry not because we are here to help you! 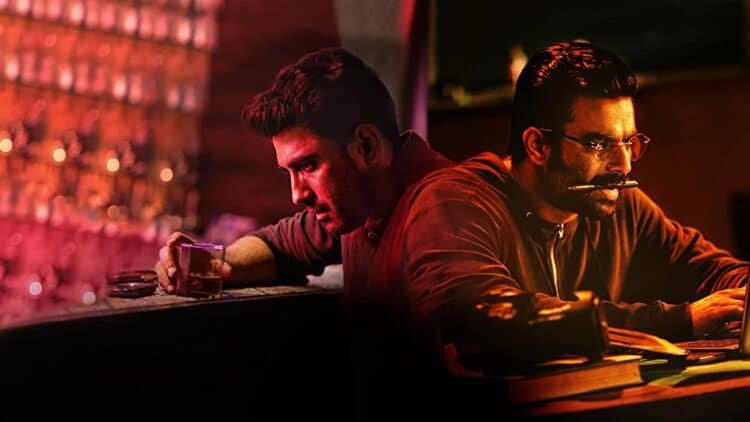 While there are a lot of movies and shows out there in the thriller genre, there are a few which stand out among the rest. We have made a small list of such shows which all are unique in their own way.

They will leave you in deep thoughts. And one thing’s for sure, you are in for a visual treat!

The handmaiden is one of the best far-flung thrillers available on prime. Taking inspiration from a British Melodrama by Sarah Waters, The Handmaiden is dated back to Japan-occupied Korea.

Tae Ri Kim takes up a job as a Handmaiden to the very strange Lady Min-Hee Kim. The story takes a turn with the entry of Jung Woo Ha and Jin Woo who want the money of lady Min-Hee Kim. A

s the tale unfolds unknown truths are discovered which takes the viewers on a ride.

A series based on a rancher. Fighting with his rivals for his land and family. He discovers an unfathomable mystery in his Land which unwinds to be a thrilling western family saga.

It’s one of the kind show which will never bore its viewers. You’ll be left wanting more as the story progresses.

We all know Tom Hiddleston as Loki, but doesn’t he do his job very well. That’s exactly what he does here with those ever-charming looks he possesses. The intensity of this show will keep you hooked to the screen.

The saga of a retired soldier who wants to get into the core circle of an arm’s dealer who also happens to have killed the soldier’s ladylove.

Each and every actor has done an excellent job as they live the characters they portray. This show is definitely a must-watch.

Rami Malek what performance I must say he’s done in Mr. Robot. The ever-growing world of the internet is the fugal point of Mr Robot.

Rami Malek portrays a cyber security engineer by day and a vigilante cyber person by night. Things accelerate when his morning and night persona clash.

The company he saves in the morning is the company he has to cheat at night…What would you do if you were in his shoes? It’s definitely one of a kind. What are you waiting for? Do watch it.

Hugh Darcey and Mads Mikkelsen have hands down done their best in this show. This thriller revolves around the protagonist Hannibal Lecter who happens to be a forensic psychologist but also a cold-blooded cannibalistic killer.

It revolves around his relationships, friendships, and enmity. This show is a psychological thriller. Mind you it’s the kind of show which will undoubtedly keep your brain busy.

Everybody loves Sherlock Holmes. While the detective’s role is played by multiple actors, Elementary has its own place among them all. It’s a modern-day retelling of the classic detective novel.

Sherlock, a drug addict, joins forces with Dr. John Watson. They together help the NYPD. This will be your perfect dose of mystery and thriller.

7. THE MAN IN THE HIGH CASTLE

This is a film that shows the bone-chilling reality of war. It gets the viewer thinking about how much freedom really costs.

When the characters start seeing the hope of freedom, that very quest is the thriller you get to witness.

A girl who cannot remember anything from her past or her identity. Her body is covered with tattoos…. But these tattoos have meaning. Each one of them has a mystery that she tries to uncover.

Got your attention? While she tries to discover, she realizes that all of this is a deep criminal conspiracy. The show will keep you on your toes.

Nine completely strangers are stuck in a retreat far away from their homes. What will the results be when Nine Strangers stay together, things are definitely going south. An extremely mysterious book by Liane Moriarty.

The show brings alive all the characters from the book in the most thrilling way possible. This adaptation will definitely blow your mind off.

Deaths of organ donors, an officer who tries to join the dots, what do you anticipate? Well, he discovers something that he doesn’t anticipate.

On the other end, a boy’s life is on the line. To save his life an organ donor is required. R Madhavan and Amit Sadh have impeccable performances. Breathe is a must-watch.

What are you waiting for? Get your screens, switch your lights off, keep your snacks close by, and off you go to the thriller marathon!

Also Read: 9 THINGS TO WATCH ON PRIME IF YOU’VE RUN OUT OF YOU WATCHLIST