Listen to these songs and you'll see that they deserve to be listened to more and appreciated more. Also, share it with your friends so that they can be introduced to these lovable tunes that most people have forgotten about. 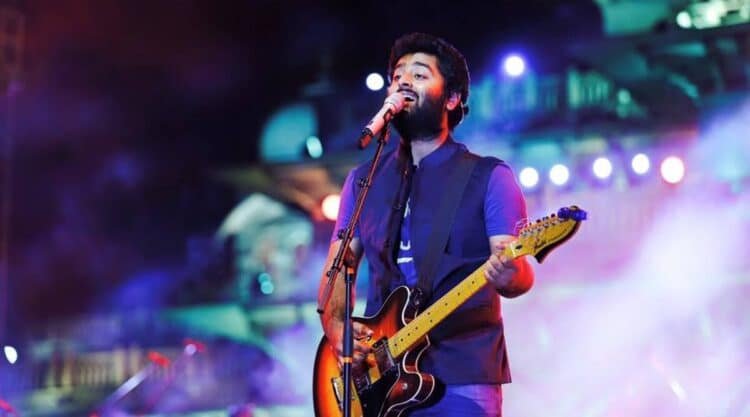 While songs like Ishq Bina, Taal Se Taal, and Kahin Aag were huge hits in the year they were released, Nahin Samne was completely overlooked.

Thankfully, this song grew in popularity over time and is only now beginning to achieve the recognition it so richly earned even back then!

The love songs sung by Sonu Nigam have a fascinating quality to them. This lovely song makes you feel as if you’re flying in the air, thanks to the vocalists’ warmth and love.

Surprisingly, this A. R. Rahman’s songs did not connect with the listeners. Even though it was sung by Sadhana Sargam, Naina Milaike failed to make an impression.

This song has been playing on repeat for us ever since we discovered it. It’s a true gem lost in the sands of time.

Mera Dil, an iconic yet underappreciated song by Shaan, transports you back to a time when a friend in your circle accidentally discovered this gem of a song, which you couldn’t stop listening to.

Although Meenaxi as a film failed to make an impression, the songs were stunning. Do Kadam is one such song that has been lost in the sands of time.

This song, sung by Sonu Nigam, follows the journey of people caught up in the pangs of love. Listen to Do Kadam here if you’ve been jilted by love!

You can always count on a song from an Emraan Hashmi film to blow your mind. The sheer strength of this song – the singers, the music, and the lyrics – is flawless.

The song Aaj Lagi Lagi Nayi Dhoop from the film Ankhon Dekhi did not do as well as it could have.

This song, performed by Kailash Kher, is mesmerizing and magnificent in more ways than one. Listen to it if you still don’t believe me!

This song is a living testament to Sanjay Leela Bhansali’s musical genius, as well as Shreya Ghoshal’s perfect vocal skills. This song is a gem that deserves a lot more attention.

If this film is underappreciated, how will the music be received? This is a song with lovely music and spot-on lyrics that perfectly express the condition of a one-sided partner.

Because of Diana Penty’s cheerful personality and Abhay Deol’s adorableness, the video is overflowing with cuteness.

As this song demonstrates, Armaan Malik’s soothing voice can improve any music by a factor of ten.

With its extraordinary lyrics, the song succeeds in making the listener wallow in the sorrow of a broken heart.

A beautiful melody is delivered by Atif Aslam in another song. Not to mention Shalmali Kholgade’s voice, which adds to the enchantment.

You must be living under a rock if you haven’t heard this song yet. We are confident that you will not be disappointed if you listen to it and add it to your playlist.

A sweet love song with a catchy melody. It makes you happy by reminding you of the times you’ve spent with the person with whom you’re falling in love.

Arjit Singh is another singer who uses his voice to convey all of a song’s emotions.

Every line of this song has been carefully considered and is unquestionably romantic, making it ideal for dedicating to your love.

Dariya does not sound like a typical love ballad. Its appeal stems from the fact that it is unique. The beauty of this song is that it can melt even the most hardened hearts.

From beginning to end, every element of the music is flawless. This is one of those tunes that gets stuck in your head from the first listen and enchants you every time.

Allowing such a clean and heartfelt song to go undetected should be criminal. It’s a short, basic tune that’s sweet and lovely, made even better by Jubin’s soothing voice.