This list of songs about eyes will make you want to create a playlist right away! 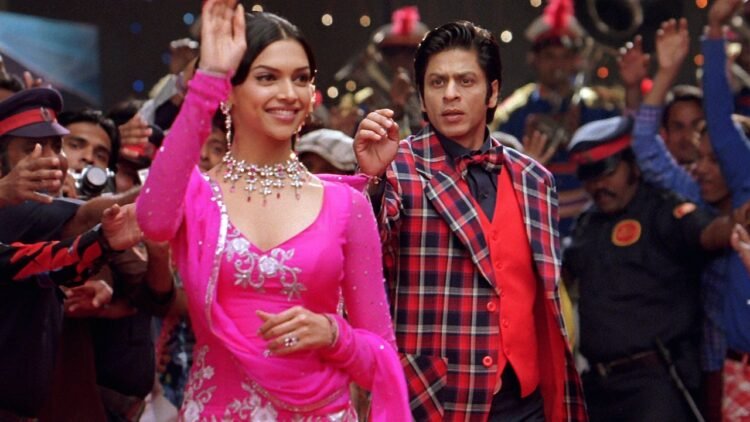 Large, black eyes have long been associated with female beauty. In Hindi songs, the eyes and their attractions play an important role. There have always been songs that convey a story about a woman’s lovely eyes and how powerful they may be! Hundreds of songs have been written on ‘Her’ eyes and their impact on ‘Him.’ Another fascinating feature is the ‘meeting of heroes and heroines’ and the songs that accompany it!

Eyes have also been a popular subject in Urdu poetry and Ghazals, where poets have expressed many moods ranging from amorous to blue.

Nutan, Madhubala, had very vivid, eloquent eyes that said a lot without saying anything!

We’ve compiled a selection of songs that represent a specific aspect of the eyes, which might be romantic, naughty, melancholy, calm, mystical, afraid, or simply gorgeous! The song, in its entirety or in part, should describe the quality of the eyes.

Allow your ‘eager eyes’ to lead the way.

Gulabi Aankhen is a captivating tune that would soothe even the most hardened heart. The words are fantastic, and the music has a really soothing and pleasant tone that will entice everyone to listen to it.

It’s difficult for the singer of this song to fall back since he fell so deeply for the girl’s eyes. This song will undoubtedly bring a grin to the face of the girl you admire.

You can dedicate this Hindi song to praising a girl’s lovely eyes.

One of Arijit Singh‘s underappreciated works that may have done even better with better visuals. It’s a beautiful tune with a subtle melancholy undertone that you should keep on repeating in your playlist.

Tere Naina is one of the most beautiful and charming Hindi songs ever made by Bollywood. The lyrics discuss how the girl’s eyes are a gift from God and how beautiful they are.

This song is guaranteed to bring joy to that particular female in your life. This song is from the film SRK. Khan is my name.

The pain conveyed in this song is indescribable. It’s a song that makes your heart, as well as your soul, cry. Arijit-pairing Aamir’s proves to be a match made in heaven, lifting the song even more for us.

One of the few positive aspects of the Race film is the music. This song from the first film is incredible, and Atif Aslam’s voice is enough to transport you to another dimension.

If you dedicate this song to a female you like, she will be blown away.

This is where you’ll find the most popular simple anthem. The beautiful words are brought to life by Ranbir Kapoor’s renowned dancing skills and Shaan’s melodious voice.

Once in a lifetime, everyone must have desired to run into their loved one with this song playing in the background.

Another incredible music from the SRK film “Om Shanti Om.” Ankhon Mein Teri is a phrase used to describe Deepika’s stunning eyes and how staring at them can cause one to become lost in contemplation.

The song places a strong emphasis on the eyes, claiming that gazing into them is like feeling a gentle breeze. This song is dedicated to that one girl you know with the most beautiful eyes.

Most enticingly, the sense of love, at first sight, is poured into this bright and effervescent song.

When Ayushmaan Khurana describes the beauty of his loved one by repeating “Naina da kya kasoor,” it’s tough to take our gaze away from him.

One of the most beautiful songs ever written, with magnificent lyrics. Any female will fall weak in the knees when she hears this song.

In this song, the guy describes the girl’s hair and eyes as “intoxicating” and “beautiful.” This song will undoubtedly impress the female you are interested in.

On a beautiful sunny day, Tere Naina is your comfort. Shankar Mahadevan’s playfulness in the song is enhanced by Shreya Ghoshal’s beautiful, lyrical voice.

It’s the ideal tune to bring back fond memories of romantic moments spent with someone special.

This is a very lovely song that, is devoted to, will impress any girl. The male sings about how gorgeous the girls’ eyes are in this song.

When Bhare Naina starts playing, it’s time to get tissues and cry. Until the song is ended, hearts get heavy and goosebumps become tempting.

Bhare Naina has a unique energy that can bring us to tears even when things are going well in our lives.

In Hindi movies, the motif of eyes has been employed to communicate love numerous times: eyes meet, and there is love.

Or, as in this case, a pair of enraged eyes, brimming with rage at having been humiliated and accused of perfidy, meet a pair of regretful eyes, eyes sorry for having questioned.

Before the couple explodes into song, there is apology and forgiveness in their eyes.

The reoccurring dream of professional competitions one must face in the future affects everyone.

This is a song for everyone who has a desire to make something amazing one day.

Her brilliance causes the sun to rise for him when she opens her eyes. Evening descends as she lowers her eyelashes. His world, his life, and his death are all reflected in her gaze.

The rest of the song’s lyrics are by Majrooh Sultanpuri, and it takes its primary line—Teri aankhon ke Siva Duniya mein rakha kya hai (What is there in this world but your eyes?)—from a poem by Faiz Ahmed ‘Faiz.’

A lover praises his beloved’s eyes against a backdrop of Srinagar at its most beautiful, and she, in turn, loves his eyes.

Not because the eyes are lovely in and of themselves, but because the love in them uplifts the beloved and assures constancy and faith.

Let us just thank Sona Mohapatra and Armaan Malik for lending their incredible voices to these beautifully composed words.

This is one of the most calming tracks we’ve heard in a long time. Slowly falling in love is depicted in a really lovely and peaceful manner.