Naseeruddin Shah is widely regarded as one of the best performers in Indian cinema history. To get some encouragement, look at some of the Unforgettable Quotes From Naseeruddin Shah 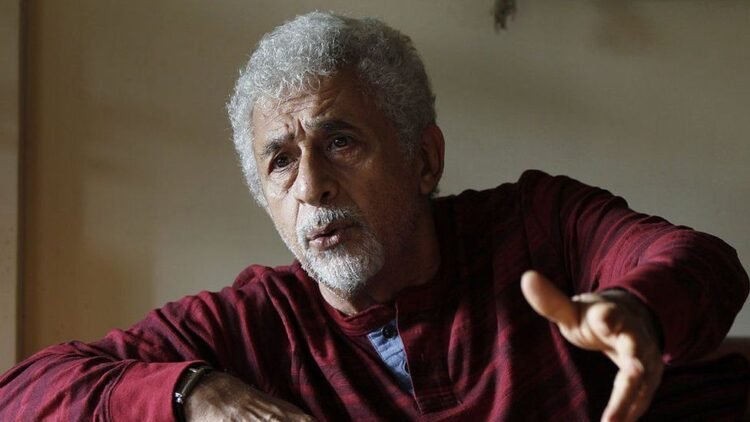 Naseeruddin Shah and his colleagues exposed us to a cinema that was significantly different from popular films when they entered the Hindi film business. Over the course of his 40-year career, Naseeruddin Shah has given outstanding performances in films such as Iqbal, Masoom, Mandi, Sarfarosh, A Wednesday!, and the list goes on. Here are some of the unforgettable quotes from Naseeruddin Shah.

On July 20, 1950, Naseeruddin Shah was born. He had a penchant for performing as a youngster, and he used to appear in school plays. Naseeruddin enrolled in the National School of Drama to study acting in 1971. After receiving training there, he relocated to Pune to pursue a career in movies. Everyone appreciated his acting, but no one was ready to accept him as a hero.

Naseeruddin began his career in a minor capacity. He was not given the opportunity to work on the big screen. Slowly, in parallel movies, he advanced. In the 1970s and 1980s, Naseeruddin’s film stardom began to rise. At the age of 20, he married. He has a daughter as well. Their marriage, however, did not last long.

He married for the second time and had two boys with his second wife. Naseeruddin’s daughter moved in with him after the death of his first wife. He began directing films as well. In the Bollywood film business, he is now a prominent actor and director.

List of 10 Unforgettable quotes from Naseeruddin Shah That Will Change Your View Of Life:

Naseeruddin’s candid viewpoints and forthright demeanor have always come through in his interviews. He isn’t afraid to poke fun at himself, and his followers have always loved this. Naseeruddin Shah is one of the rare actors who has freely admitted that he signed the most unpleasant of films because of the temptation of large wages, and we adore him for it! Given above are some of the unforgettable quotes from Naseeruddin Shah that everyone adores.

Also Checkout: 20 Best Quotes From Tenet That Will Never Leave Your Mind

Interesting Scenes Deleted In A Movie