What’s New This September On Netflix?

Netflix is releasing new seasons of some famous series– Sex Education, Lucifer, Money Heist, and lots more! Read on to find out new titles added to Netflix this September! 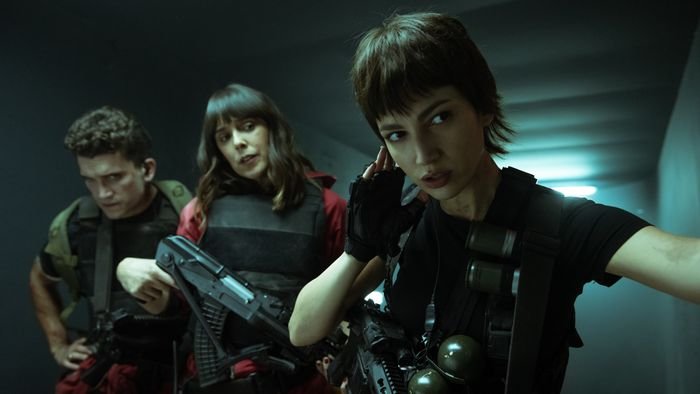 Netflix has a lot ready for us this month! Whether it is saying our final goodbye to Lucifer, watching another season of Blood & Water, refreshing our mind with some reality shows, or having another daring ride with La Casa De Papel– It is going to be a good month!

So, what’s coming to Netflix in September?

For Money Heist fanatics, this month is all we were waiting for since April 2020. The wait will finally be over, and we do not expect us to function normally after binge-watching all the episodes in a single day.

The series needs no introduction, and the next season will drop on 3rd September. Prepare some snacks you guys for both Professor and Alicia Sierra are waiting for us! The trailer looked like the end of the world in itself– it seems that this season will be another thrilling, adventurous, emotional journey leaving us all waiting desperately for Vol 2. Let us see what the series has for us!

Watch the trailer below.

Lucifer was on vacation, and he is finally meeting us for a final ride. The DC hero has managed to touch thousands of hearts, and it will be hard to say goodbye to the team. Whether it is Detective and her morals, Lucifer and his remarks, or Ella and her hugs– Lucifer has given us a complete package of entertainment.

When God not only entered in the fifth season but also lost some of his powers–the series became even more amazing.

The final season is set to premiere on 10th September. It will contain 10 episodes and will pick the story from the fifth season.

Another famous British drama around the lives of the students was renewed for a third season in 2020.

Moordale Secondary School students will continue their journey with us, taking the audience through their insecurities and struggles. The third season will release on 17th September.

Directed by Nosipho Dumisa, Blood & Water is a South African teen drama series set in Cape Town. It follows the story of a girl who is transferred to an elite school. She suspects that one of the children at the school may be her sister, who was kidnapped when she was a baby.

The second season will be released on 24th September. If you haven’t watched the first season, there is still time left to catch up. It seems that the crime teen drama may have some unexpected plot for us!

Produced by Studio Lambert, The Circle is an American reality show based on the British series of the same name.

The reality competition is based on the concept of social media where ‘anyone can be anyone in the circle.’ In the game, the contestants are secluded in their own apartments. They can only communicate with other members through the circle, similar to a social media app transferring their messages.

The contestants can demonstrate themselves in any way they like and win over the other competitor. The third season will premier on 8th September.

Another American reality show but with a warmer vibe, Nailed It! is all about baking and winning. The contestants are amateur bakers who compete to replicate complex cakes and confectionery items in the hopes of winning $10, 000 and a ‘Nailed It!’ trophy.

It is basically about all of us who see the complicated baking items on Instagram reels and YouTube videos and try making them and end up failing badly. A 5-minute baking hack transforms into a show, we guess! The sixth season will be released on 15th September.

A comedy-drama based on the film of the same name, the final season of Dear White People is set to release on 22nd September 2021.

It focuses on the discrimination faced by Winchester University when the white students surround them. Irony, brutal honesty, humor– these are the tools of this series to portray the struggles that black people still face in our society and the problematic thinking crammed in the minds of the people.

Also Read: Reasons Why Rang De Basanti Still Have A Special Place In Our Hearts and Always Will

Are You A Game Of Thrones Fan? Here Are 30 Things You Probably Didn’t Know About The Show

Are You A Game Of Thrones Fan? Here Are 30 Things You Probably Didn't Know About The Show