Scratching your head thinking what to watch next since all your watchlist is checked? Worry not, we are here for your rescue. 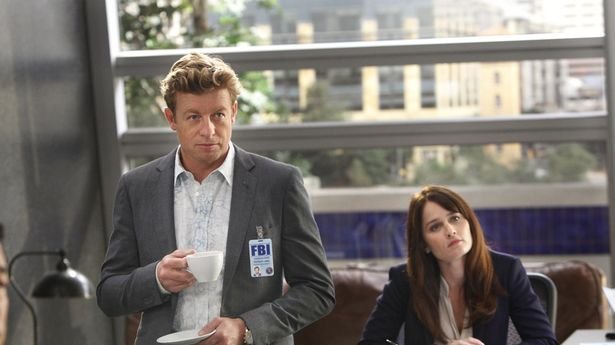 Deciding on what to watch next in your free time can be such a task. Checking trailers after trailers, reading reviews after reviews just to watch that apt show which doesn’t make you feel you’ve wasted your time and could have watched something better.

Well, with BuzzPedia in your life, you really don’t need to do all that. Because as usual, we are here with a list for you to start watching right away!

1. Man in the high castle

The world war is something we all studied in school, as dreadful as it can get, this show depicts what the difference would have been, had Germany won the war.

Based on a novel by the extraordinary Philip K Dick, the plot is engaging and the cinematography is on point.

This show is so underrated! Like seriously, it has everything from dark comedy, gods, a saint who’s indestructible, and vampires.

What can be more entertaining than this? Funny, Violent, Gritty, and superb, it’s a must-watch y’all.

Agents/officers who are always trying to save the world are always a highlight, aren’t they?

This one’s like that, humourous light drama series, in which its officer deals with all kinds of misadventures just to stop Iran from becoming nuclear. It’s a good watch, do give it a shot.

Animations are always excellent to watch. Especially with time travel involved and a genius plot. Must say it’s revolutionary and brilliant at the same time.

The cast has done a great job. It deserves so much more. Hands down one of the best show to be on prime video.

A few plots just for the cast to play, take the viewers on an emotional journey, one Mississippi is one such story.

A rare genre ‘tragicomedy’, it is on point for the comedy but can also make you cry like a baby. It’s empowering, emotional, and excellent, it should definitely be on your list

6. Mozart in the Jungle

Mozart in the jungle is a heart-warming show which explores the world of classical western music. It feels close to home, kinda a show.

It’ll definitely put a smile on your face, if you’re having a bad day this is for you because this show will leave you with a good feeling.

FBI + Sherlock Holmes = the greatest show ever = The Mentalist. Sounds so damn good, doesn’t it? A cast that’s done an excellent job with a genius storyline is an absolute treat to the eyes.

It’s a man-dominant world and that’s the story of this show. Women have to fight to make a mark as it’s not as it is for men.

Three girls fighting for equal rights in a man-dominant workplace. The ’60s have been captured in a splendid manner. And a point to remember is its very viewer-engaging.

A Victorian-era vibe show, Penny dreadful does not disappoint. Led by the industry greats Eva Green and Josh Hartnett they have done an exceptional job (out-of-our-world acting).

What more? Well, it’s a supernatural horror. Horror fans this one’s for you.

Each one of these shows is exceptional in its own rights. A lot of them are extremely underrated. They deserve every bit of appreciation. Do give it a shot, you’re sure to be amazed.

Also Read: Characters We Would Love To Have As Our Friends

THRILLERS YOU DON'T WANT TO MISS ON PRIME