10 Best Disney Animations Of All Time

Many of these are regarded as among the best films of all time, regardless of genre. Here are the Best Disney Animations of All Time. 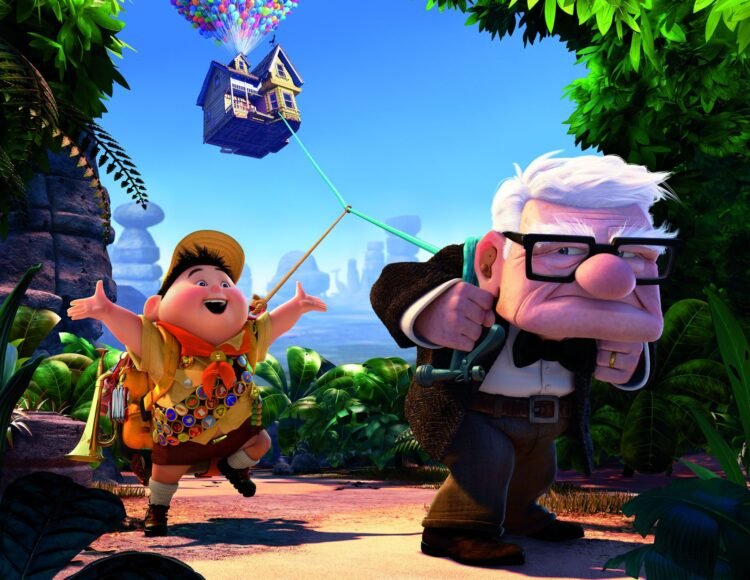 Pixar is certainly at the top of the heap these days when it comes to creating fantastic animated pictures, Sony Pictures Animation has also been producing some excellent films recently. Walt Disney Animation Studios, on the other hand, has been doing it longer than anyone else. They’ve created some of the most iconic animated films ever made throughout their history. Many of these are regarded as among the best films of all time, regardless of genre.

There are hundreds of choices for family movie night now that Disney’s vault has been opened wide on Disney+. But just because a film has the Disney logo on it doesn’t mean it’ll be good. That’s Why  we have compiled a list of 10 of the best Disney animations of all time which you should definitely add to your watchlist.

The Lion King is loosely based on Shakespeare’s Hamlet and tells the narrative of Simba, a young cub who is exiled when his cruel uncle Scar convinces him that he is responsible for his father Mufasa’s death. With the help of his childhood buddy Nala and new pals Timon the meerkat and Pumba the warthog, Simba retains Pride Rock from Scar and his gang of hyenas.

Three of Elton John and Tim Rice’s songs were nominated for an Academy Award for best original song, with “Can You Feel The Love Tonight” winning the award.

Coco, a gorgeous and moving embrace of life and acknowledgment of the afterlife  is a more recent and terrific Disney/Pixar collaboration to be considered today. It’s not just a culturally conscious film that integrates Spanish into everyday speech, but it also weaves a fairly weighty story into the plot finale, comparable to the Disney tragedy of The Lion King.

As is traditional, Coco has some fantastic original songs that are far too tempting for their own good, as well as some excellent motion capture techniques for animating the amusing side character: a Xoloitzcuintli. It went on to become one of the best Disney animations of all time.

Wall-E is an ancient robot and the last remaining robot on the planet. Being the only one of his type isn’t easy, and he suffers from loneliness, until EVE arrives. Pixar established with Wall-E that you don’t need an all-star voice cast – or even a lot of dialogue – to deliver a touching story about lonely individuals (or computer programmes) discovering warmth in even the coldest surroundings. When the humans arrive, Wall-E transforms into a particularly crazy sci-fi comedy.

Up is a Disney film that is both painful and heartwarming at the same time. This Pixar film hits you in the gut right away with a heartbreaking look at the untimely downfall of all beautiful things.

Thankfully, what begins as a picture of loss and despair swiftly transforms into a joyful story of a guy who believes he has lost all reason to live finding hope in a young boy who needs him.

The Toy Story franchise appears to have consistently grown upon its base with remarkable success, despite the fact that sequels are rarely as good as the original. While not as profound as Toy Story 4, this emotional sequel explores what it means to grow up and face death. Well, Toy Story is unquestionably one of the best Disney animations to watch on family movie night.

Soul is one of the most recent Pixar films to be released exclusively on Disney+, yet it hasn’t earned nearly enough recognition. It’s a lovely story of a man who dies just before he receives his big musical break, and it deals with mortality and life’s challenges. He rediscovers the true meaning of life through the eyes of someone who has never lived when he meets a new soul on the other side who refuses to come to earth.

Aladdin is undoubtedly a classic one of the best Disney animations ever made. After being tricked into entering the Cave of Wonders by the Sultan’s wicked advisor Jafar, street urchin Aladdin escapes with the help of the Genie (Robin Williams), whom he frees from a magic lamp. Aladdin wins Princess Jasmine’s heart and defeats Jafar after using one of his three wishes to transform into Prince Ali. It’s difficult to pick a favorite song, but Williams’ “Friend Like Me” is a standout among the relentless hit soundtrack.

Mulan’s ranking above some of the early 1990s movies may come as a surprise to some.But the film’s quality is unquestionable. The main character (Ming-Na Wen) is one of Disney’s strongest females, and she proves it by disguising herself to fight in a war so that her old father does not have to. Mulan is more popular than the live-action version because of the musical moments and characters like Mushu (Eddie Murphy).

Moana is the story of a Polynesian village chief’s adventurous teenage daughter. She must set sail across the ocean to find the demigod Maui (voiced by Dwayne Johnson) and return an ancient stone to the goddess Te Fiti in order to preserve her village. This film has music by Lin-Manuel Miranda and is one of Disney’s most interesting stories in years. Which makes it one of the best Disney animations of all time.

In the early 2000s, few Disney films produced franchises, but Lilo & Stitch was an exception. It was such a commercial success that it generated many sequels, a TV series, a manga, and more, with a live-action adaptation rumored to be on the way.

The film is a wonderful narrative of friendship and family, focusing on the relationship between a little girl from Hawaii named Lilo (Daveigh Chase) and an alien she adopts and names Stitch (Chris Sanders).

Disney has produced a lot of great animation movies for decades. Some of the best Disney animations are mentioned above. We guarantee you won’t regret watching any one of these movies. Please share your feedback with us in the comment section below. Also let us know about your favorite Disney animation movie.

6 Best Places To Shop In Jaipur

6 Best Places To Shop In Jaipur