Best Friendships In Harry Potter Other Than Our Golden Trio

While the most essential friendship in the Harry Potter series is between Hermione, Harry, and Ron, there are many other wonderful friendships to admire. Have a look at them. 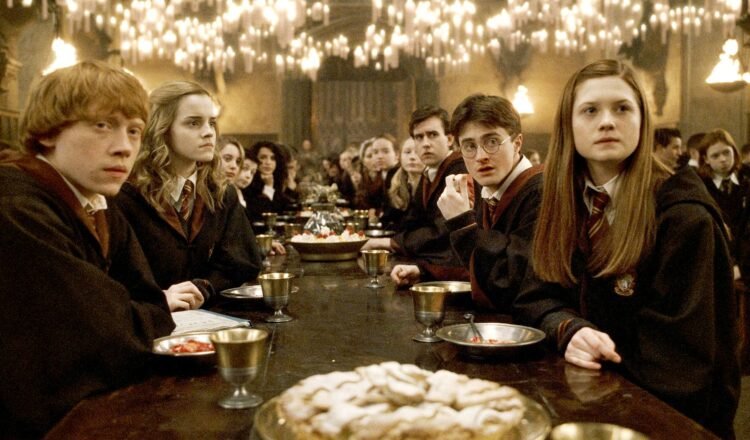 One of the major themes in the Harry Potter series is friendship. While the trio may receive the most attention when it comes to friendship, the series contains many more significant friendships.

The ten best friendships from the series that aren’t part of the golden three are listed below.

This is by far the most contentious entry on the list because their friendship isn’t exactly stellar. While they may have had a sweet childhood bond, Snape’s use of a racial slur and subsequent creepy obsession with her for the rest of his life is bizarre.

It’s no surprise that many of their fans dislike their friendship and don’t regard it as beneficial in any way. But we are among the fans, and you may ask, after all this time? We would reply, Always.

Dobby spends most of Harry’s second year at Hogwarts attempting to have him expelled or gravely injured; thus, Harry Potter doesn’t like him at first. While Dobby’s acts are erroneous, his intentions are good. Harry comes to understand and care for Dobby, even rescuing him from the Malfoy family’s abuse.

Dobby has always watched out for Harry in the future, and Harry is also concerned about him. This is one of the reasons why Dobby’s death was so tragic for everyone and especially Harry.

While Harry and Ron are Hermione’s best friends, she has a large number of other friends. In many aspects, she is a terrific friend to Neville, especially when they were younger. During his first few years at Hogwarts, Neville was quite insecure and bullied by many.

Hermione tries to assist him in school because he has specific difficulties. She cares about him and treats him with more compassion than many of the other students.

While Ron and Harry are great friends, they aren’t the only Gryffindor boys in their year that are best friends. During their days at Hogwarts, Dean and Seamus were also best friends. We don’t see much of their friendship, but what we do see suggests that they are devoted to one another and spend a lot of time together.

Given Harry’s busy schedule and the craziness surrounding him, it’s wonderful to see other students form lasting friendships and receive support.

While the trio’s friendships receive much attention in the Harry Potter books, the Marauders’ friendships are arguably the second most discussed. There are two sets of friendships that appear to be the strongest among the four members of the Marauders.

Sirius and Remus are inextricably linked. They are good friends during their time at Hogwarts, and after Sirius escapes from Azkaban and Lupin learns that he is innocent, they can rekindle their friendship.

Because the story is written from Harry’s perspective, Hermione is primarily portrayed hanging out with Harry and Ron, but she is also good friends with Ginny. Even if Harry isn’t aware of their friendship, it is mentioned in passing several times in the books.

Sirius and Lupin were great pals, but James and Sirius are the Marauders’ most talked-about duo. These two were undeniably close friends who got themselves into a lot of mischiefs together. They were fiercely committed to one another and are unquestionably the group’s ringleaders

They made an excellent team since they were both charming and handsome in their own right. They got themselves into just as much difficulty as Fred and George in many ways.

8. Fred And George And Lee Jordan

While being twins, Fred and Geroge were a dynamic duo on their own; they also had best friends throughout their school years. They were frequently spotted together with Lee Jordan.

Together, these three would pull off a lot of pranks and jokes. Lee Jordan was a dear buddy and a part of many of their pranks over the years, even if their twin tie was always the strongest.

Harry has many friends, including Ron and Hermione, but they aren’t his only ones. Luna is, without a doubt, the most devoted and faithful of Harry’s other buddies over the years. Luna genuinely cares about Harry and is always willing to lend a hand.

Her friendship with him and her other close friends is valued, as indicated by the friendship mural she created in her bedroom. Harry and Luna’s bond is appealing since it is based on mutual understanding.