Are you also one of those people who find superheroes conspiracies very fascinating? Well, we surely are, and if you're too, then this article is definitely for you, continue reading and explore more about the DC theories. 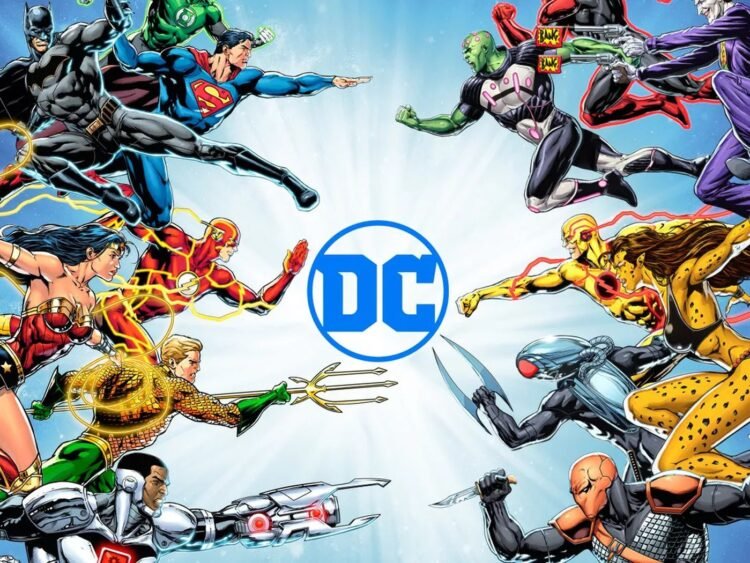 DC Comics began in the 1930s and has now developed into an entertainment empire that includes comics, television, animation, movies, and a plethora of items during the previous century. It has amassed a large and devoted fan base that is both invested and outspoken.

As a result, DC fans have built a veritable anthology of fan theories to explain and connect every aspect of the DC continuity, no matter how minor or otherwise easily explainable. This is true for comic books and animated shows, but it is especially true for movies. Because the D.C.E.U. has been inconsistent in bringing some of the world’s most popular characters to the big screen, fans have taken it upon themselves to fill in the gaps and build the bridges for Warner Brothers. Here are ten DC fan theories/conspiracies worth reading, whether real or not.

Wonder Woman assembles a diverse group of troops and spies to aid her in navigating across war-torn Europe, primarily because Captain America had previously done so, and it seemed like a good time. Chief, a Native American, is one of the colorful figures she collects. Chief’s real name is Napi, as he eventually reveals.

In Blackfoot mythology, Napi is a god who shaped the entire world. A demiurge, to be precise. In some ways, he is comparable to what Christians refer to as God. Gods aren’t off the table because the film’s opponent is the Greek god of battle Ares, and Napi’s actor Eugene Brave Rock has acknowledged that he is the Blackfoot god.

Some fan theories, despite their ingenuity and depth, are ultimately fan explanations for the filmmakers’ errors. Because these enormous tentpole films are developed by committees that monitor other committees, it’s only natural that some continuity is lost and some suspension of disbelief is broken. One such notion is that Lois Lane is a metahuman herself.

According to the hypothesis, Lois Lane possesses superpowers of her own in “Batman Vs Superman” (BvS), the most notable of which are psychic abilities. It’s the only way to explain how, despite not being aware of any of these circumstances, Superman saved her from terrorists, being thrown off a tower, and drowning (yeah, she’s been pigeon-holed).

She had to have sensed his pain and alerted him psychically. That, and even though she wasn’t in the room, she heard a dying Superman whisper to Batman to save Martha. Moreover, despite no one teaching it to her, she was aware of the kryptonite spear and how to use it. She may be a one-dimensional story device, but her mental abilities can at least explain it.

3. Aquaman Used Whales to Save Superman

Clark Kent is forced to save the crew of an offshore oil rig after it catches fire and collapses in “Man of Steel,” while he is out touring the globe to grow the ideal mourning beard. Clark falls unconscious in the ocean below after holding up a section of the rig so the employees can escape.

By the way, there’s a close-up of his sweaty abs in the sequence, but no shot of him going in the water because… Snyder, Zack. When Clark wakes up in the ocean, he notices two whales approaching him. He emerges onshore the next thing we know. There’s no explanation this time. Fans naturally think of Aquaman because of, well, the presence of water.

They believe he was watching and gave Clark a lift to shore with the help of his whale companions. Jason Momoa, as Aquaman, has confirmed that this theory is correct.

The end of DC Comics’ “Doomsday Clock” series, which was released in 2019, canonically unites the DC Universe to the Watchmen universe. The two worlds are at least spiritually connected in the D.C.E.U. movies, as the architect of both, is the same individual, Zack Snyder. Snyder has also made it a point to add easter eggs in the movie that hint at the two universes’ connection.

As a result, many fan hypotheses have surfaced in an attempt to establish a canon link. For example, many have suggested that the anti-meta human populace in the D.C.E.U. movies were sparked by the actions of earlier heroes, such as the Watchmen, who was darker, more flawed, and failed to avoid disaster.

Another theory is that the Watchmen’s omnipotent Dr Manhattan is tugging the strings of the D.C.E.U., resetting the canon and establishing/curating the multiverse. Because of the source material’s support, the theories are more probable than ever.

This conspiracy is about real-world critical reactions rather than canon and lore. When “BvS” was released, its review numbers on sites like Rotten Tomatoes fell. Many fans believe that Disney, the parent company of Marvel, bought critics to give the competitor “BvS” a bad rating. This was a highly shared news item that briefly trended on Twitter. 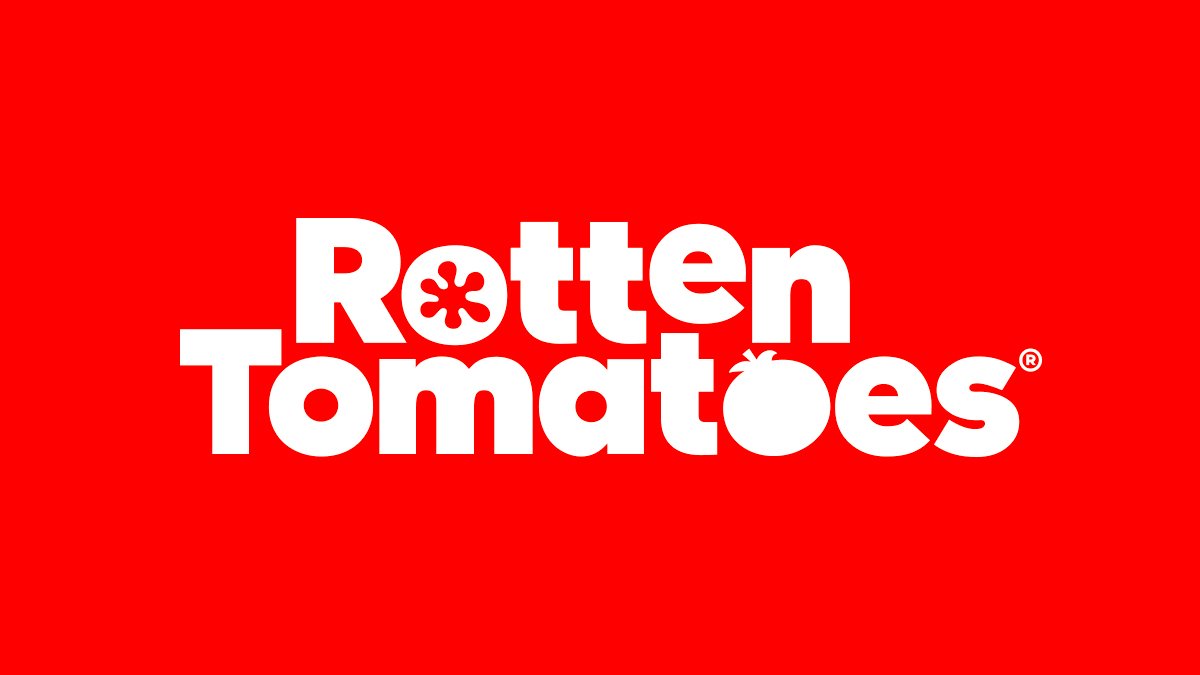 The problem is that screenwriter Max Landis, a well-known controversy magnet and purveyor of badly-written sensationalism, was the most prominent supporter of the practice. When faced with criticism, Landis promptly backtracked, but the damage had already been done. The concept was embraced by DC’s following, which can be a tad *ahem* Ayn-Rand-ish at times, as a means to explain why their film wasn’t universally adored. After all, denying the film’s obvious flaws in the writing, direction, acting, editing, tone, structure, internal logic, timing, and consistency is easy.

6. Alfred Only Dreamt that Bruce Survived

Batman appeared to die in a sacrificial explosion at the end of Christopher Nolan’s Batman trilogy. Gotham moves on, probably with a spandex-clad Joseph Gordon Levitt stalking its rooftops, and he is mourned and remembered. But we’re in for a treat. When a mourning Alfred goes to his favorite cafe in Florence, Italy, he discovers Bruce Wayne is still alive and well, enjoying a wonderful day out with his moody partner Selena Kyle, aka Catwoman. Many fans, however, believe this is just Alfred dreaming to cope with the sorrow of Bruce’s death.

Alfred did say earlier in the film that he had a fantasy of meeting Bruce there, but he never told Bruce which cafe it was. The sequence is not a dream, according to Christopher Nolan. I imagine Nolan admitting that was also a part of the dream. That may conceivably indicate that we’re all a part of Alfred’s dream, which I’m fine with.

We witness an empty, vandalized Robin costume in “BvS” and are led to believe that the Joker murdered Robin. For comic book enthusiasts, this naturally comes to mind Jason Todd, the second Robin, who was assassinated by the Joker in the 1980s due to a reader poll. Director Zack Snyder, on the other hand, said that the dead Robin was “Richard,” referring to the first Robin, Dick Grayson.

Many people wondered if the Joker, as played by Jared Leto, was indeed Jason Todd. It would explain the Joker’s tattoos, which appear to be feathers and birds; the ‘J’ tattoo under his eye, which would stand for ‘Jason’ rather than ‘Joker’; Batman’s extreme cynicism and world-weariness; and Batman’s phrase “20 years in Gotham.” How many nice guys are still around? “How many of them have stayed that way?”

We saw visions of the future in both “BvS” and “Justice League,” which fans have called “Knightmares,” which is a cool term. They’re dark and depict a futuristic hellscape in which Superman has turned evil, and Batman must assemble a team of metahumans to fight him. Fans have speculated that this could be a prelude to the famed Injustice plot.

The Joker dupes Superman into killing Lois Lane in that comic book, leading to Supes’ descent into evil and dictatorship. That appears to be very near to the visions. The Joker is in some manner responsible for the Knightmare future, according to Zack Snyder, which supports the theory that the Knightmare future is the Injustice future. We may still be able to see it unfold if #Synderverse is ever restored.

Even though its protagonist and adversary are Greek mythological characters, “Wonder Woman” has a very real setting—the front lines of World War One—and some very real characters. The most important player in this hypothesis is Erich Ludendorff, a real-life German general during the period.

In the film, Wonder Woman stabs and kills Ludendorff, although, in actual life, he survived World War One and went on to play a key part in the transformation of Germany into a fascist empire. He took part in two failed German government coups (known as putsches), collaborated with the Nazi party, and aided in the propagation of anti-Semitic beliefs. The hypothesis, which is based on logic, claims that Wonder Woman’s death in WWI stopped Ludendorff from exercising his influence on German society in the 1920s and 1930s, undermining the Nazi cause. It’s possible that removing this gear from the Nazi machine led it to lose enough steam to never start World War II.

This is one of the oldest comic book theories, and while it is almost definitely untrue, it makes for an entertaining debate. It says that Bruce Wayne is a prisoner in Arkham Asylum, not his villains. He became a permanent inmate at Arkham as a result of his failure to cope with the trauma of his parents’ deaths.

Wayne’s antagonists are his doctors, and the Batman persona is only one of his psychoses. The fact that many of Batman’s rogues are doctors further adds to the theory. Furthermore, Scarecrow, the villain who can instill the most dread in Wayne through his chemical injections, is a real psychiatrist. It’s amusing to envision a Batman comic ending with him waking up in a straitjacket and realizing it was all a nightmare. There would, of course, be riots in the streets.

Planning a Trip to Ladakh? – Guide for your backpacking