The use of homages in Quentin Tarantino's films is well-known. In his first film, Reservoir Dogs, the writer-director alluded to various classics, have a look! 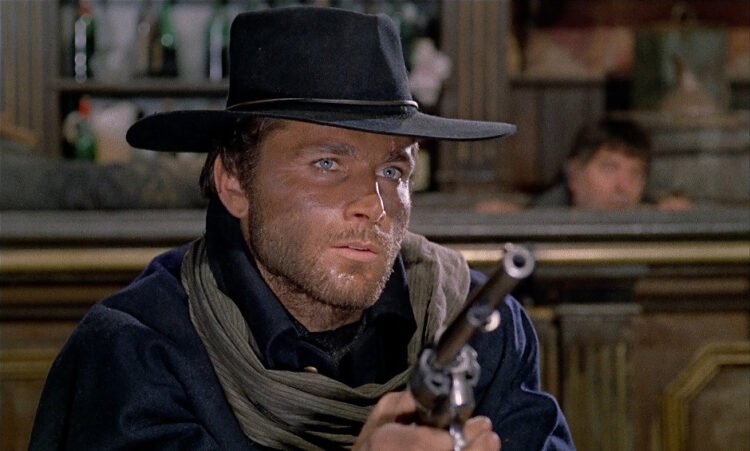 While his aesthetic is clearly distinct, Quentin Tarantino is noted for including homages to old classics in his films. Inglourious Basterds is a misspelt version of a film by Enzo G. Castellari. Django Unchained’s eponymous hero was named after a Sergio Corbucci spaghetti western.

Pulp Fiction, on the other hand, is a cinematic cocktail with a slew of pop culture references. Tarantino created his homage-driven filmmaking technique with his first picture, Reservoir Dogs, by adding references to classic films that moulded the director’s worldview and made his films more memorable.

Joe Cabot assigns his gang colour-coded nicknames to protect their identities after hiring them for the jewellery heist: Mr White, Mr Orange, Mr Blonde, Mr Pink, and so on. The Taking of Pelham One Two Three, a great 1974 thriller, popularised the concept of colour-coded robbers. The Pelham heist squad hijacks a New York subway train instead of stealing a jewellery store.

Apart from Mr Blue and Mr Brown, Tarantino’s gangster figures are coloured differently than Joseph Sargent’s in his 1970s classic. The line “Let’s do it by the books” from The Taking of Pelham One Two Three is also borrowed from Reservoir Dogs.

Joe Cabot says, “Let’s go to work,” after giving out the colour-coded names and putting an end to all the objections he hears from the guys who don’t like the colours they’ve been assigned. Although Lawrence Tierney’s performance in Reservoir Dogs has become synonymous with the film, the remark was originally lifted directly from Richard Brooks’ 1966 western masterpiece The Professionals.

Four mercenaries are recruited to save a wealthy rancher’s kidnapped wife in Brooks’ film. When they locate her, they discover that she is not being imprisoned against her will.

Rashomon, directed by Akira Kurosawa, is widely regarded as one of the best films ever created. It follows four persons, each of them tells their own version of the same story. The phrase “the Rashomon effect” was coined to describe its argument regarding the trustworthiness of witness statements.

The film had an impact on Reservoir Dogs’ inconsistent descriptions of the off-screen theft, according to CinemaBlend. “I always liked the idea of never seeing (the heist), and I preserved that,” Tarantino remarked. Although it isn’t quite Rashomon, you can get a feel of the characters’ many points of view when they discuss what happened.”

Long before presenting his own take on the western, the director made a reference to Corbucci’s classic. In Reservoir Dogs, Mr Blonde cuts off the cop’s ear, a reference to one of Major Jackson’s minions cutting off a man’s ear in Django. Django, on the other hand, takes the violence a step further by forcing the victim to eat his own ear.

Tarantino’s Reservoir Dogs script was groundbreaking in its nonlinear structure, but it wasn’t the first nonlinear heist film. The Killing, directed by Stanley Kubrick, took its out-of-order storytelling from Lionel White’s Clean Break, the novel it was based on. Both films depict a well-planned heist that goes horribly wrong when the gunshots start flying.

Tarantino was highly affected by The Killing when creating Reservoir Dogs, according to /Film. “I did conceive of (Reservoir Dogs) as my Killing, my take on that kind of heist movie,” the writer-director added.

“One day, she meets this John Holmes motherf***** and it’s like, whoa, baby, I mean, this guy is like Charles Bronson in The Great Escape – he’s building tunnels,” Mr Brown says in the opening diner scene, explaining the secret meaning of Madonna’s “Like a Virgin.”

The torture sequence in Reservoir Dogs, in which Mr Blonde dances around to Stealers Wheel’s “Stuck in the Middle with You” while cutting up a hapless cop strapped to a chair, is easily the most disturbing scene in the film. The juxtaposition of a lighthearted pop hit against a terrible violent deed is what makes the scene so striking.

This is a homage to Stanley Kubrick’s A Clockwork Orange, which features a similar torture sequence. While happily singing “Singin’ in the Rain,” Alex DeLarge savagely beats a writer and sexually rapes his wife.

Tarantino plagiarised so much from Ringo Lam’s City on Fire that Reservoir Dogs was accused of plagiarism. The film City on Fire follows an undercover detective who infiltrates a gang of jewel thieves and is injured when the heist goes wrong.

Tarantino essentially expanded the finale of City on Fire into a major film. Rather than being a rip-off, Reservoir Dogs is a postmodernist piece that builds on its influences.

“Reservoir Dogs was very much influenced by The Thing,” Tarantino told The Telegraph. On the surface, Reservoir Dogs and John Carpenter’s The Thing appear to have nothing in common. The first is a slick crime thriller, while the second is a terrifying sci-fi horror film about a shapeshifting alien.

However, they’re both about the fear that arises when a tight-knit community discovers an intruder among them in a restricted environment. Both films finish in a grim conclusion that seemed inescapable from the start.

The Wizard of Oz, as a family-friendly fantasy adventure, is a far cry from a grim criminal film like Reservoir Dogs. Tarantino, on the other hand, used a phrase from Dorothy’s famous trip down the yellow brick road.

“How about some fire, scarecrow?” Mr Blonde says as he is dousing the tortured cop in gasoline and about to set him on fire. The Wicked Witch of the West says this to the Scarecrow in The Wizard of Oz. Mr Blonde is shot just as he is about to set the cop on fire.

Badhaai Do Review: A family entertainer with a powerful story

10 Amazing facts about Doraemon that you didn’t know

10 Amazing facts about Doraemon that you didn't know