5 Couples who made their relationship official by 2021

Jennifer Lopez-Ben Affleck to Rakul Preet-Jackky Bhagnani: Five couples who made their relationship official by 2021 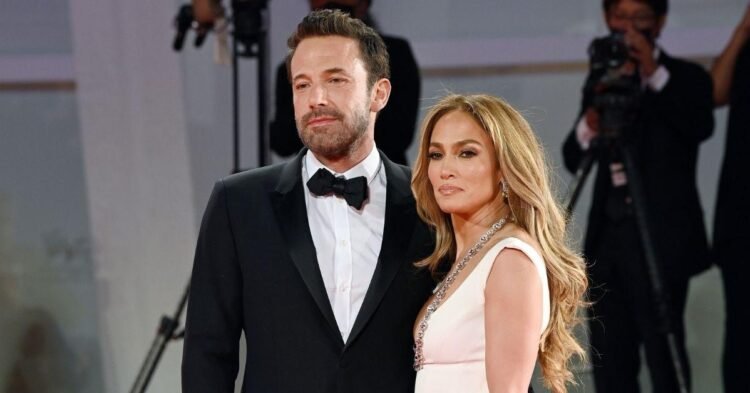 The year 2021 has its own ups and downs. While many of us lost loved ones this year, others were fortunate in that they were given the opportunity to begin a new chapter in their lives. This is especially true in the entertainment business. From the entertainment industry, which is recognised for having no permanent friends or enemies, frequently makes the news for love affairs, there are several Couples who made their relationship official by 2021.

Several celebrities keep their romantic relationships private until they meet their soulmate. Once they’ve met ‘the one,’ they never hesitate to tell the world and their fans about it. This year was no exception, While a few made heartfelt birthday posts for their partners, sending the internet into a meltdown, others made public appearances which left fans happiest.

Jennifer Lopez and Ben Affleck reunited after a long time apart, and Bennifer reappeared, much to the delight of their fans. Since then, they’ve been painting the town red. In June 2021, photographs of Ben and Jennifer kissing circulated after they were photographed in California.

The duo made their social media debut in July. The couple was spotted together during the film festival in September. On the red carpet for the Venice International Film Festival’s film “The Last Duel,” Ben Affleck made it official.

Until KL Rahul made it public on Instagram, this was one of the most popular rumoured celebrity couples in the entertainment industry. The Indian cricketer shared two photos of himself and Athiya, along with a heartwarming message. “Happy Birthday my (red heart emoji),” he said, tagging Shetty in his message.

This was only the beginning! Following that, the pair made their first red carpet appearance at Athiya’s brother Ahan Shetty’s debut film Tadap’s premiere. With Athiya and Suniel Shetty’s families, KL Rahul posed for family photos.

Jackky Bhagnani and Rakul Preet Singh were another couple that surprised the public. The couple, who like to keep their romance private, made their relationship official with a touching post on Rakul’s birthday this year. Jackky wrote on his Instagram account: “Without you, days don’t seem like days.

Without you, eating the most delicious food is no fun. Sending Birthday wishes to the most beautiful soul who means the world to me!!! May your day be as sunny as your smile, and as beautiful as you are. Happy Birthday my heart”.Rakul then posted the same photo and thanked Jackky. “Thank You my (red heart emoji)! You have been my biggest gift this year! Thank you for adding colour to my life, thank you for making me laugh non-stop, thank you for being you!! Here is to making more memories together.,” she wrote.

Vicky Kaushal and Katrina Kaif, who had been rumoured to be dating for some time, put the rumours to rest this year when they married in a private wedding on December 9. The couple’s respective families and close friends were present at the private ceremony.

The wedding that was quite a secret affair was attended by many B-Town celebrities. The actress(Katrina Kaif) who made her debut with Bunty Aur Babli 2, opened up about the biggest wedding of the year.

For a time now, the tennis star and Kim Sharma have been painting the town red with their social media PDA. While their regular appearances sparked rumours about their relationship. In the first week of September, Kim Sharma made her relationship with tennis player Leander Paes public. The actress shared a selfie with a Nazar amulet emoji and a pair kissing emoji on her Instagram account.

Leander can be seen in the photo looking at Kim with a huge smile on his face while facing the camera. During Diwali 2021, the couple shared an adorable post of them with their pet dog and wished fans and friends. They shared the photo and made their relationship Instagram official. In the caption, Paes wrote, “Happy Diwali from us to you. I hope you’re happy and healthy always. Love and light.”

Regardless of what happened in 2021. Despite the COVID and global tensions, these couples have found each other, and we wish them happiness for the rest of their lives.

Holiday Edition: Movies That You Can Watch With Your Family