From ‘Haider’ to ‘Haasil’, These are the 10 Roles Immortalised By Irrfan Khan. 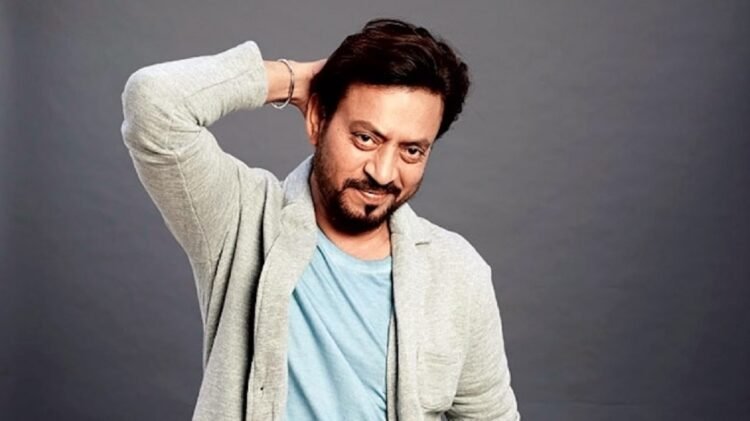 A smart gesture, or a poignant speech, actors, especially great actors, have this unique potential to attract you into their character’s life. They must also incorporate a writer’s pages worth of passion and monolog, as well as a director’s full vision. The genuinely good performers, on the other hand, do it with unassuming ease. Irrfan Khan, arguably, did this better than any other actor in his respective roles.

There are Khans who are well-known in the industry, and then there are Khans who perform. One such name is Irrfan Khan. He has distinguished himself from the league by establishing himself as a dependable and high-quality actor in the film industry. Irrfan Khan always delivered quality. Irrfan Khan was a magician who performed miracles on stage. He had the uncanny ability to slip into any role and make it his own, effectively blurring the lines between real and fictional characters.

Here are some of the roles he immortalized throughout his career that we can’t imagine anyone else playing as well:

Irrfan Khan as Maqbool remains one of my favorite characters to this day. Because it combined two of my favorite things: classic English literature and Hindi cinema. While Bhardwaj deserves full credit for masterfully adapting a Shakespearean tragedy, Khan’s performance as Maqbool is legendary. Guilt, ambition, and greed are difficult emotions to portray, but Khan did so brilliantly.

Irrfan Khan made the audience hate him as Ranvijay in the film Haasil, winning the award for Best Villain Role. He portrays a man who will go to any length to obtain what he desires, leaving the audience with a chilling impression. Despite being named “Man Of The Year” by GQ in 2009, he has always been the man.

In the film Piku, Irrfan Khan played Chaudhry with utmost conviction, with Amitabh Bachchan in the spotlight. His humorous remarks and tenacious personality were well received by the audience. He casually fits in a character that imprinted itself on their minds.

Irrfan Khan’s filmography is a lesson in how to make a big impact with a small amount of screen time. As he did in Haider when he played Roohdaar. While he only appears on screen for two scenes, his emphatic dialogue delivery left an indelible impression on the audience, overshadowing even Tabu and Shahid’s powerful performance for a brief moment.

Though Bollywood has only produced a few notable biopics, Paan Singh Tomar is without a doubt one of the best. Irrfan Khan, who played the titular role and won a National Award for it, was a delight to watch. He brought to life the heartbreak of a National level athlete forced to defy the system due to unforeseen circumstances. The anguish he portrayed on screen resonated with most of us – and not just because we’ve all been victims of a broken system at some point in our lives. But it’s impossible not to be moved when you see Khan in action.

Irrfan Khan’s performance in Life in a metro surprised the audience, providing an unexpected source of delight. However, in a film filled with heartbreak, Irrfan and Konkona’s characters, and their love storey, left you smiling.

It’s difficult to imagine Irrfan Khan as an obstinate Sikh father. However, he continues to play the part with an undefined ease. He teaches his young girl to be a boy because he wanted a son and wears a turban and Sikh headwear. Because of Irrfan’s prominent role in the film, it won awards at the Indian International Film Festival in Queensland.

It’s easy to forget that Irrfan was just as good at comic timing as he was at playing serious roles. Of course, Khan’s ability to play a wide range of characters in a variety of genres was highlighted in Hindi Medium. Khan as Raj Batra is still one of my favorite on-screen fathers. He’s funny, sweet, and relatable.

Irrfan Khan’s unparalleled portrayal of a lonely accountant set to retire from his profession earned the film ‘The Lunchbox’ numerous awards at various film festivals. Despite the fact that he never shared screen time with Nimrat Kaur (the film’s lead actress), his chemistry with her character was obvious due to his outstanding performance.

It would have felt less to fans no matter how many roles Irrfan had played. It’s still a little less. But what Jesus gave us through these roles is carved in our hearts, ready to be revived whenever the heart chooses. All we can say is that, we all miss you. Rest in peace Irrfan Khan.

20 Amazing Jab We Met Dialogues for a thrilling Nostalgia

20 Amazing Jab We Met Dialogues for a thrilling Nostalgia