The shooting was started earlier in 2019 but due to the ongoing pandemic, the shooting took a little longer to wrap. 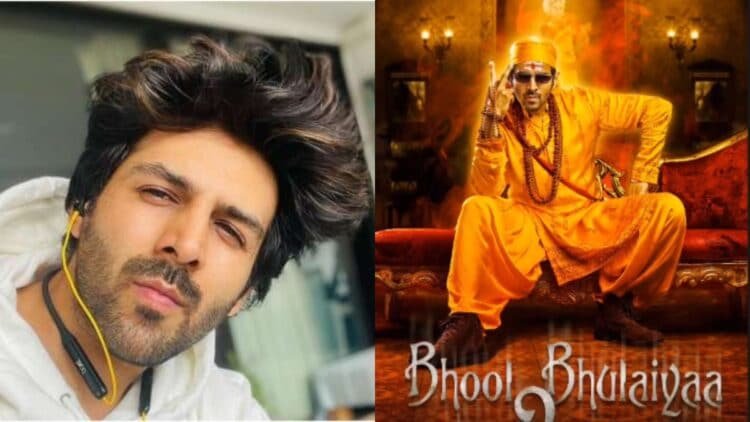 Kartik Aaryan, who’ll be seen playing the role of a ghostbuster in the film, lost his voice earlier last week & got a bout of laryngitis.

The climax of the movie is said to have a lot of action, screaming & drama & Kartik completely drowned himself in the character that he lost his voice during the shoot of the climax & was advised by the doctors to give some rest to his vocal cords.

Bhool Bhulaiya 2 is one of the most awaited movies since the day of its announcement. Finally, the shoots have come to an end & the climax shots have taken a wrap & will be released in the second week of November this year.

The other projects that this handsome actor has in his bucket are Captain India, Shehzada & currently, he’s also shooting for Ekta Kapoor’s Freddy opposite Alaya Furniturewalla.

We wish the actor a speedy recovery & a bucket full of luck for all his upcoming projects.