Mike Tyson, widely regarded as the best boxer of all time, at least in his period, has accomplished a tremendous deal both in and out of the ring. One can learn innumerable life lessons from Mike Tyson and perform like him in life like a pro. 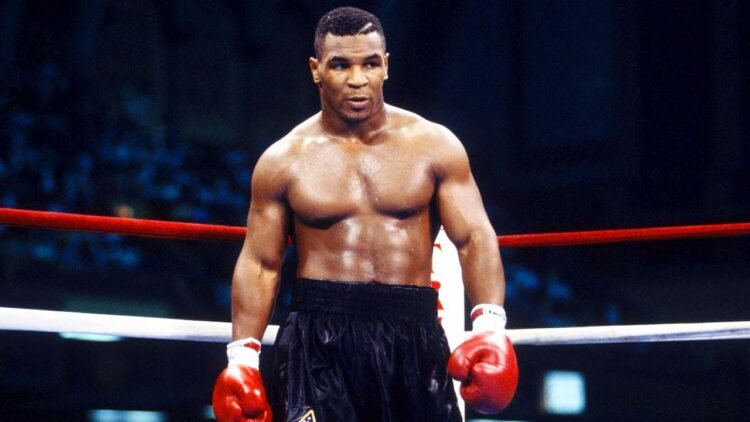 Mike Tyson, widely regarded as the best boxer of all time, at least in his period, has accomplished a tremendous deal both in and out of the ring. One can learn innumerable life lessons from Mike Tyson and perform like him in life like a pro.

At the youthful age of 20, he reached the top of the sport as he became the sport’s youngest ever undisputed heavyweight champion. Mike Tyson not only won the most prestigious championship of all, but he also held the WBA, WBC, and IBF titles at the same time, making him the only heavyweight to do so.

To put it another way, he was a monster. But it wasn’t all plain sailing for Tyson, who has faced controversy and criticism both inside and outside the ring throughout his career. Mike Tyson, like any survivor, has persevered and learned from his mistakes over the years. With that in mind, here are five lessons from Mike Tyson’s stormy past that will help you stay focused on the objective.

We all like to think we’re close to flawless, but the truth is that most of us have flaws that, if not addressed, can bring us down. While these can be detrimental to your social and professional life, if you can embrace them, accept responsibility for them, and seek to improve yourself, the sky’s the limit in terms of what you can achieve. Being content with yourself, warts and all is the first step toward achieving success and happiness in life. Mike Tyson addressed this in an interview with The Express last year while promoting his new book, Iron Ambition.

“You always have to acknowledge your flaws because in real life, even though my flaws are embarrassing, the only reason I’ve accomplished anything good in life is because of my flaws – in spite of my flaws – not because I didn’t have any. I’m pretty proud of my flaws. My flaws made me ascend to very high places.”

It’s difficult to argue with the current anti-bullying craze sweeping the country. We’re not advocating outright banning dodgeball, but if you notice a youngster who has just entered puberty picking on a weaker or defenseless child, intervene (and maybe if no other adults are around sneak a punch into his kidneys).

We are, however, realists who understand that parents cannot always be present. The tykes must occasionally govern themselves. Tyson, believe it or not, was a chubby boy who weighed about 200 pounds by the time he reached adolescence.

Tyson quickly discovered that his inner-strength wasn’t some BS after-school special made-up power to conquer, but rather true physical strength that allowed him to smash anyone he wanted.

3. Don’t Be a silly Purchaser

Mike Tyson’s net worth was believed to be approximately $300 million at the height of his career. Iron Mike, on the other hand, was bankrupt by 2003. Tyson was known for squandering his money on a lavish lifestyle, and he was especially fond of splurging on ladies of the night. Mike Tyson’s life of excess caught up with him quickly, and he suddenly found himself bankrupt.

Despite not being wealthy, Tyson has gradually improved his situation and currently has a net worth of roughly $3 million, which he intends to keep. Even if you aren’t making millions, it’s a good reminder to keep an eye on your finances.

Your bank account may appear to be in good shape at the time, but a few unnecessary fines or foolish purchases could put you in debt. Pay attention to where you spend your money as well as where you invest it. Patience, like hindsight, is a great thing.

You’ve been told that narcotics are the worst thing since sliced bread, but then you’re coerced into smoking your first joint and discover that a gateway drug isn’t that bad. So you decide, “Screw it, if they lied about pot, they lied about them all,” and before you know it, you’re begging for cash from stopped vehicles on Drugs Inc.

When Tyson snapped and beat up seven prostitutes (at once) in a Vegas hotel room (which he apparently didn’t pay for), he was combining a hazardous combination of morphine, cocaine, and hard booze. Considering the Situation “”But it was my personal knockout punch to clean up my life, get whole, get well–and I haven’t done anything in three years now,” Tyson explained. I’m squeaky clean. I’m no longer intoxicated.” And how can those hookers be mad if he used it as a stepping stone to a better life?

Mike’s boxing trunks were said to include a 14-inch boa (which looks to be a rumour, but we can’t confirm). He chose not to unleash it, which is fortunate for those of you who are uneasy (which is to say, all of us). I’ve learned my lesson. If a guy who’s done just about everything once refrains from smashing on camera, you should probably do the same.

5. Confidence Is The Key

Mike Tyson has always possessed a high level of self-assurance. He’s always believed he’s the best boxer in the world, and he proved it in the ring by delivering vicious punches. If you believe you’re the best, it will spread to every aspect of your life, just as in the actual world. Anything you thought was difficult will become simple, and the confidence you exude will draw others. Sure, this doesn’t guarantee you’ll get a date with the stunning blonde from accounting or win the lottery, but you’ll create an impression on those you interact with and get recognised for the correct reasons.

Just keep in mind what Mike Tyson did before his major title bout with Lennox Lewis in 2002: don’t get overconfident. Tyson, who claimed he would “eat his children,” was knocked out in the eighth round by the younger Lewis, effectively ending his career. Make sure you’re on the right side of the line between confidence and arrogance.

The previously unchallenged heavyweight champion has undergone a significant shift. He went from one of America’s most dangerous slums to the youngest heavyweight champion in history, to multi-millionaire, to prison, back to boxing’s grandest stage, back to prison, and so on. There’s a lot of variety in that life, and his extensive travels undoubtedly contributed to his enormous life experience, which we may learn from  and apply in our own lives. What are your thoughts on Mike Tyson and what can you learn from him?