All new ,The Batman by Warner Bros has its trailer released , the Bat and Cat team up as crime partners to take on the Riddler. 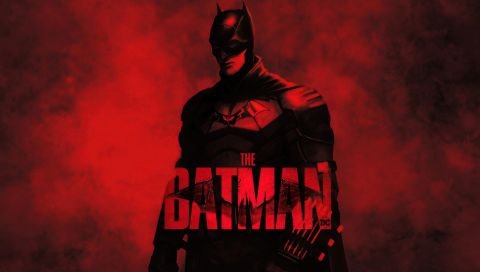 A new trailer for Warner Bros‘ much-awaited ‘The Batman‘ teases an alliance of sorts between Robert Pattinson’s Batman and Zoe Kravitz’s Catwoman. We’ve been wanting to see how the latest version of the caped crusader will play since we first received a glimpse of Pattinson as Batman. Late Monday, the studio released a stunning new trailer for the Matt Reeves-directed film, teasing the plot devised by the film’s major nemesis, The Riddler, played by Paul Dano.

The trailer, titled ‘The Bat and The Cat,’ begins with a woman casually chastising Pattinson’s Bruce Wayne for not doing enough for society’s welfare as a powerful figure. However, the teaser reveals that Wayne also works as Batman, fighting the mob and the corrupt.

The Riddler, a masked figure, then appears, attempting to contact Batman for an unexplained cause.

Also returning are Gotham City Police Department lieutenant James Gordon (Jeffrey Wright) and Wayne’s butler and mentor Alfred Pennyworth (Andy Serkis), as well as Jayme Lawson as Gotham City mayoral candidate Bella Reál, who has a beef with Wayne for not doing more for the city!

While his intentions and ties to Wayne’s family remain unknown, the trailer does reveal his ultimate aim. The Riddler is hell-bent on destroying Gotham once and for all.

The trailer indicates that Pattinson’s Wayne, aka Batman, and Kravitz’s Selina Kyle, aka Catwoman, have an unpleasant relationship. Obviously, Batman does not have enough trust in Catwoman to reveal her true identity to her as she wonders who he actually is. In the trailer, there are a few scenes of the two fighting. She says: “The bat and the cat — it’s got a nice ring.” He later tells her, “Selina, don’t throw your life away.” She replies, “Don’t worry, honey, I got nine of ’em.”

The Riddler is one character who knows Batman’s actual identity, since the serial murderer is not visible in the trailer but his voice is clearly heard. In character Dano says in a voiceover: ‘I’m just here to unmask the truth about this cesspool we call a city. You’re part of this too.’

Batman asks how he is part of it as Riddler responds: ‘Oh, you’re really not as smart as I thought you were. Bruce… Wayne.’

The rest of the footage is packed with action as Batman and Catwoman fend off foes, though it’s unclear whether they’re on the same page.

Fans reaction to the trailer:

In the YouTube comments section, many fans reacted to the video. A fan stated that he is willing to pay ‘triple’ the price to see the film. He wrote, “A dark, neo-noir, borderline horror where the antagonist is influenced by the Zodiac and a lead who’s influenced by Kurt Cobain. Not to mention has obviously drawn from the actual source material including “Batman: Earth One”, “Batman: Ego”, and “Batman: Year One”? CHECK.

I’d pay triple to watch it tonight.” Another fan wrote, “With every new look I see of this movie, it becomes more apparent that every shot was crafted with care and attention to detail. Love the shot composition, colours, and use of depth of field. Also can’t wait to see what this talented cast brings to the table. I think we’re all in for something special in March.”

On Friday, March 4, 2022, The Batman will be released in theatres all across the world.

Those who don’t want to go to the movies will just have to wait 46 days, as the film will be available to stream on HBO Max on April 19, 2022.