As we welcome a new decade of 2020 , it's time to reflect on some of the Most Iconic Moments in football world in the last decade. 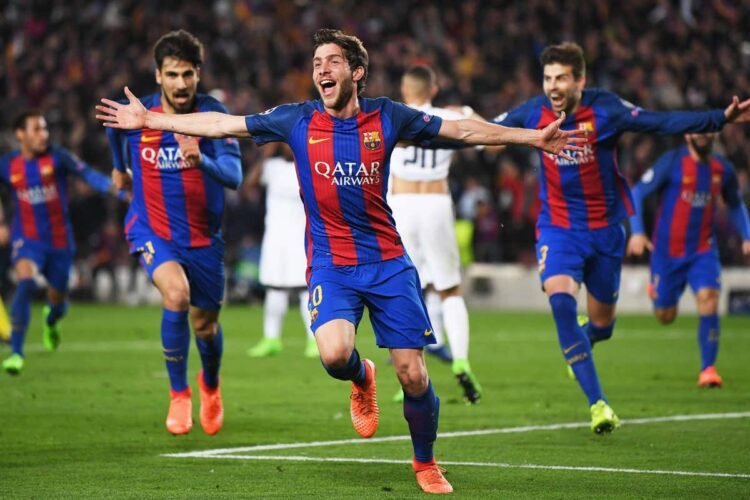 There have been so many fantastic moments in world football throughout that time. It’s difficult to pick the Most Iconic Moments in football world in the last decade that occurred, but someone has to do it. We have only recently entered the year 2022, and the previous decade was one of the most significant in football history. What a fantastic ten years of football we’ve had. We’ve experienced everything from indescribable joys to some gloomy heartbreaks throughout the decade of 2010.

Here are the Most Iconic Moments in the football world in the last decade.

It’s impossible to talk about the best comebacks in football without mentioning the game that gained the moniker “The Comeback.” The victory of FC Barcelona over Paris Saint-Germain FC in the second leg of the 2016-2017 UEFA Champions League Round of 16 remains a triumph of passion and tenacity to this day. Following a loss that caused some to write the team off, Barça used the dreams and passions of fans all across the world to prove their doubters wrong.

When game day approached, a crowd of around 96,000 gathered at Camp Nou to see who would win. Paris Saint-Germain FC was optimistic of victory thanks to players like Edinson Cavani, Angel Di Maria, Marco Verratti, and Blaise Matuidi. They’d quickly realize they weren’t facing the same FC Barcelona team they’d beaten three weeks before.

Suárez scored after just three minutes, and a 40th-minute own goal by Paris Saint-Germain FC—an effort to stop a shot by Iniesta—put Barcelona up 2-0 at the break. Messi’s successful penalty kick gave Barcelona a boost going into the second half, but PSG didn’t go quietly, with Cavani making it 3-1 in the 62nd minute.

Barcelona turned up the fire, knowing they needed three more goals to advance due to the away goals rule. Neymar scored a penalty in the 91st minute and a free kick in the 88th minute. As if to add to the drama, Neymar’s final stroke of magic came in the final seconds of the game, when he provided a cross to Sergi Roberto, who scored. FC Barcelona advanced to the next round with a 6-1 triumph, cementing their place in football history as one of the greatest comebacks ever.

Spain won the first ever World Cup in Africa after Andres Iniesta scored the game winning goal in extra time against the Netherlands. In a cagey and often heated match in Johannesburg, referee Howard Webb was forced to issue 12 yellow cards, a World Cup final record.

In the 109th minute, Dutch defender John Heitinga was sent off for a second bookable offense, and it’s puzzling how Nigel de Jong was permitted to continue playing after Kung fu kicked Xabi Alonso in the chest. Iniesta, however, was the winner in the end. The World Cup victory capped a period of international dominance for Spain, which also won the European Championships in 2008 and 2012.

Andres Iniesta’s World Cup-winning goal against the Netherlands in extra-time in 2010 cemented his status as a global superstar for a player already known for his passing and scoring at the heart of a magnificent Barcelona team. With a world title and two Euros with Spain, as well as three champions leagues and six Spanish titles, his trophy cabinet is overflowing.

Barcelona won the Champions League final, which was broadcast in 220 countries across the world, but was the victory on Saturday night as convincing in terms of data as it was on the pitch?

Pep Guardiola won his second Champions League trophy as a manager and his tenth trophy in his first three years as a coach with Barcelona’s 3-1 victory over Manchester United.

On paper, the two teams appeared to be evenly matched going into the game, and despite the fact that the score was 1-1 at halftime, it was in the second half when barca blew United away with a historic performance that confirmed their place as Europe’s best ever club side. It was Barcelona’s third European victory in six years, and Guardiola’s tenth in his three years as manager at Camp Nou.

The math going into the game was simple: unless Manchester United set a new league record by beating Sunderland by close to ten goals, Manchester City would win their first title in over four decades with a win.

Many individuals, however, were convinced that Manchester United would win the Premier League. Ferguson had a tendency for snatching victories from seemingly hopeless causes in the final minutes. But Manchester city knew that if they beat Queen Parks Rangers on the last day, they would win the premier League for the first time in 44 years.

However, as the clock ran down to injury time, Roberto Mancini’s team found themselves losing 2-1 and the title was unexpectedly in Man United’s hands. However, Edin Deko’s 92nd minute equalizer gave City hope before Sergio Aguero rose up with the final kick of the season to slam home a title winning goal.

Ferguson announced his retirement from the game on May 8 2013, at the age of 71.

It was a momentous farewell, even for the Theater of Dreams.

Sir Alex Ferguson, the Manchester United manager, took a single, deep breath in the tunnel before thrusting himself one last time towards his beloved fans. Regardless of the fact that he had never graced the Old Trafford pitch like his best players — David Beckham and Eric Cantona, Ryan Giggs and Paul Scholes, Wayne Rooney and Robin van Persie – On this day of days, all eyes were on him.

The often irascible Scot had been their beloved Fergie, the crafty footballing genius who had fashioned a succession of world-beating teams for decades, to the thousands on the terraces and beyond. They traveled from all around Europe, as well as America, China, and Thailand, to pay their respects before he eventually retires.

6. 2014: Germany humiliate Brazil in their own Backyard

It seemed as if the full impact of the events at Estadio Mineirao had yet to sink in as tens of thousands of Brazil supporters strolled the vast avenues of Belo Horizonte late into the night.

They had watched an event that would be remembered everytime the World Cup is played, and possibly even more so in a country that thrives on the pride generated by this sport.

The World Cup gave Brazil the chance to erase the memory of the darkest day in their athletic history, the “Maracanazo” of 1950, when Uruguay beat Brazil 2-1 at the Maracana to steal the title from a host team that looked destined to win.

Instead, they suffered their biggest defeat in history, a 7-1 thrashing by Germany in the World Cup semi-final against Brazil, a chapter as gloomy as that day in Rio 64 years ago. There was no doubt in the minds of the country’s journalists. It was dubbed “The Disgrace Of All Disgrace” by GloboEsporte. It was “The Biggest Shame In History” for the sports newspaper Lance!

Following a large FBI investigation, the US Department of Justice accused seven top officials on accusations of “rampant, systemic, and deep – rooted” corruption in the summer of 2015, engulfing international football’s governing body in turmoil.

Following the arrest of two Fifa vice – presidents at the same Zurich Hotel in December of that year, 16 more officials were charged, with former Brazil football federation chief Ricardo Teixeira among those accused of being “involved in criminal schemes involving well over $200 million in bribes and kickbacks.”

Two of football’s most prominent individuals, Fifa President Sepp Blatter and Uefa President Michel Platini, lost their jobs as a result of the scandal.

Leicester City’s march to the English Premier League title in 2016 is one of the greatest underdog stories in sports.

Leicester fired manager Nigel Pearson in June and began the season as a 5,000-1 outsider. Pearson was replaced by Claudio Ranieri, a former Chelsea manager who immediately paid off.

From August to November, striker Jamie Vardy set a Premier League record by scoring 13 goals in 11 straight games. Leicester startled the football world by rising to the top of the standings in November, a full year after being relegated.

It remained in contention throughout December and then went on to win the title in mid-January, following a 2-2 draw between Tottenham and Chelsea on May 2. In the aftermath of the astounding success, Christian Fuchs told CNN, “It was pure happiness.”

The former Real Madrid striker beat out 11 other nominees for the accolade, which was given in recognition of his goal in the first leg of the 2018 Champions League quarter-final in Turin.

On 64 minutes, Real Madrid had already taken the lead against the Italian champions, thanks to Cristiano Ronaldo’s opener after only two minutes, when he acrobatically hammered in Dani Carvajal’s cross.

It was “the finest goal” of Ronaldo’s career, and it helped Real to a 3-0 win on the night, putting them one step closer to a quarter-final against Juve. For the third year in a row, the Spanish club had won the competition.

The attacker said the reaction of the audience, which included a standing ovation from Juventus supporters, influenced his decision to transfer to Turin in a 100 million-euro deal.

Football fans all over the world are united by a passion for their teams, tradition, and glory; it’s not difficult to claim that football brings people together to celebrate and even grieve as evident by these Most Iconic Moments in football world in the last decade. The comeback: the moment when, against all odds, a team manages to snare a surprising victory from the jaws of defeat, may be the pinnacle of that passion. What was your favorite moment in the football world in the last decade ? Tell us in the comment section.

Also Checkout: 15 Comforting Films You Can Watch After The Team You Are Supporting Loses The Match! 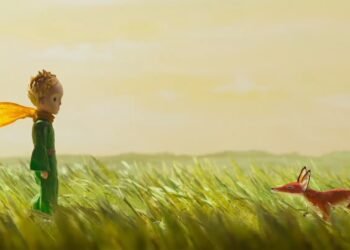 15 Comforting Films You Can Watch After The Team You Are Supporting Loses The Match! 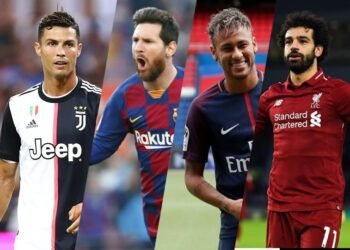 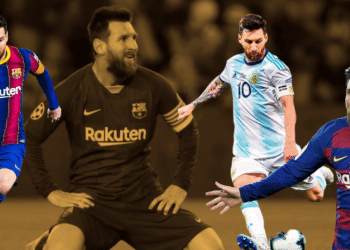 Podcasts For Your Mind And Soul – Travel, Art and Sports!