Here are some Bollywood songs that are so twisted or sensual that we still can't play them in front of our parents, no matter how much we have grown up. 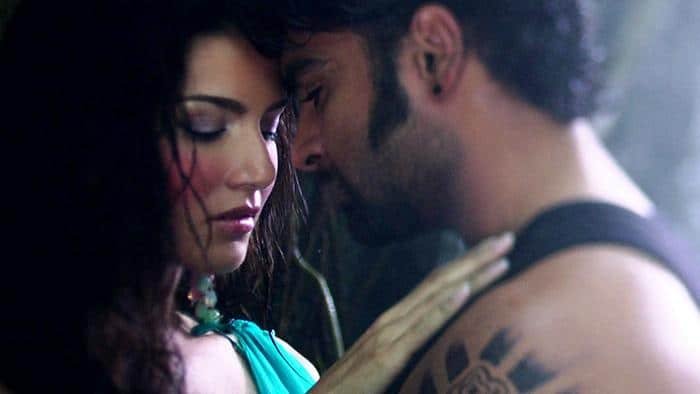 Bollywood has provided us with some wonderful tunes that we listen to over and over again. Every week, we’re hooked on a new song, ranging from love songs to dance numbers.

Isn’t it true that we memorize music lyrics faster than textbook formulas? These lyrics are useful in a variety of scenarios, and they tend to help us associate each song with our mood.

There are, nevertheless, some songs with the most evocative lyrics. Songs that will make you wince and wonder what they were thinking (or drinking?) and why we still can’t play these songs in front of our parents for the same reason.

On the television, this song is playing. The things that come to your mind: does this song make sense? And what is Rani Mukherjee doing? We have never understood the point of this song, and will never understand it.

It’s not surprising that neither the movie nor the songs were a hit.

We will never forget this song with Raveena Tandon in her yellow saree.

We’d always wanted to do it in the rain, but we couldn’t even play the entire song in front of our parents. We simply changed the channel back then.

This item number from the film Shakti is a work of art. Does it need to be said that this song was sung by Sonu Nigam and Alka Yagnik? You can’t help but dance when listening to this song because it’s so much fun.

It used to take all of our might to change the channel for this one.

This song was released in the early 2010s by the Sabri Brothers. It is one of Arijit Singh’s best songs, yet it was impossible to broadcast on television at the time.

Say the term ‘DK Bose’ in a loop and you’ll receive a new word! Yes, it does sound exactly like your favorite Hindi cuss word, doesn’t it?

Even though it was met with criticism, this song managed to gain popularity and get enough attention for this low-budget English-language picture.

Another song in the film, ‘Penchar,’ was a qawwali number that sounded similar to another Hindi swear term. Yes, you figured it out.

We come from a generation that knows every Emraan Hashmi song by heart. But, for obvious reasons, they haven’t seen the video for the song.

This masterpiece by Himesh Reshammiya is an excellent example of this.

For a variety of reasons, this guilty pleasure song was a smash hit. People are still spinning reels to this song because it is so popular.

But, if we had been at home, would we have watched it on TV? Yes, if we wanted our parents to give us a hard thrashing.

You could only watch this song when you were alone at home since it was so scandalous. The footage was enough to make you and your family feel uneasy.

The soothing voice of Kunal Ganjawala, however, is the best element of the song. He was such a treasure! (Please sign a petition to bring him back).

At the time of its release, this song was a smash hit. It’s still a smash hit, and it’s in high demand at parties.

A Sunidhi Chauhan and Sukhwinder Singh song should not disappoint. However, the heat of the song was unbearable for us kids at the time according to our parents.