Pritam: Man Who Made The 2000s A Golden Era For Music

Pritam's songs have been the finest thing for any occasion, from blazing up the dance floor to being the best friend during heartbreaks. Here's a homage to the music composer who revolutionised Bollywood music and made the 2000s a golden era for music. 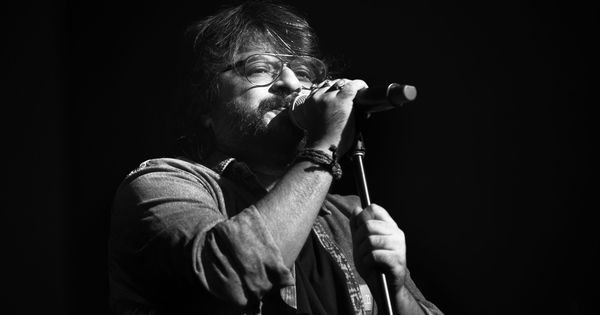 Pritam has set some major ambitions for the next generation of musicians, from “In Dino” to “Selfie Le Le Re,” as the artist has created not just music but memories for his fans. Every song in his collection is a work of art that you can’t help but fall in love with, download, and listen to over and over again.

Pritam has consistently produced the best and has surpassed his own records and hits throughout the years.

Nobody can deny that no special occasion — Holi, Diwali, Valentine’s Day, or a birthday – is complete without Pritam’s music. His music is both a party starter and a balm for those who are grieving.

Words cannot express how much he has contributed to the industry.

So, as a tribute to him, we’ve compiled a list of his best works that made the 2000s a great decade.

Don’t marry someone who doesn’t murmur to you, “Shining in the setting sun like a pearl upon the ocean.”

This album’s songs like “Baatein Kuch Ankahee Si” and “In Dino” were anthems for all those who were falling in love or starting a new life, bidding “Alvida” to the unpleasant memories.

Life In A Metro is a blissful experience that has paved the path for some noteworthy Bollywood music.

Emraan Hashmi is known for his on-screen kisses, but we have to confess that the music from his movies is wonderful.

Jannat is regarded as one of his best films in terms of music, having an instant ability to make people joyful. “Zara Si Dil Mein De Jagah Tu” is our personal favourite.

Is it really necessary to say anything about it? Mika Singh became an instant sensation thanks to the classic jodi of Shahid Kapoor and Kareena Kapoor Khan.

The music in this picture is still one of the most popular. No wedding is complete without these numbers, whether it’s “Yeh Ishq Haaye” or “Mauja Hi Mauja.”

This album marked a shift in Pritam’s compositional style and what the business expected of him.

Pritam moved away from the soulful genre and into some smashing fast-paced tunes that depicted the changing nature of society and the type of music that was becoming popular.

Several of his albums released in the same year followed a similar path.

Pritam returned to his genre of writing songs that made people joyful after a long time. We adore the simplicity of Barfi’s melodies, from “Phir Le Aaya Dil” through “Itni Si Hansi.”

Coming of age stories are still popular in Hollywood, but Pritam did a fantastic job with this picture.

“Balam Pichkari,” a folk fusion, was added to the Holi festival and quickly became as famous as “Rang Barse.” “Kabira” is another song that has remained a favourite of ours.

Without a doubt, the title tune of Ae Dil Hai Mushkil, or “Channa Mereya,” is one of Pritam’s best masterpieces. His musical talents astounded everyone, so it’s no wonder that this record won every award.

‘Dooriyan’ and ‘Ajj Din Chadeya‘ are the film’s relaxing, soft, and soulful songs. Pritam has done it again by releasing a superhit album.

Both films launched Pritam’s career as a solo composer; the songs were so successful that they became a craze among listeners, and the songs are still famous today.